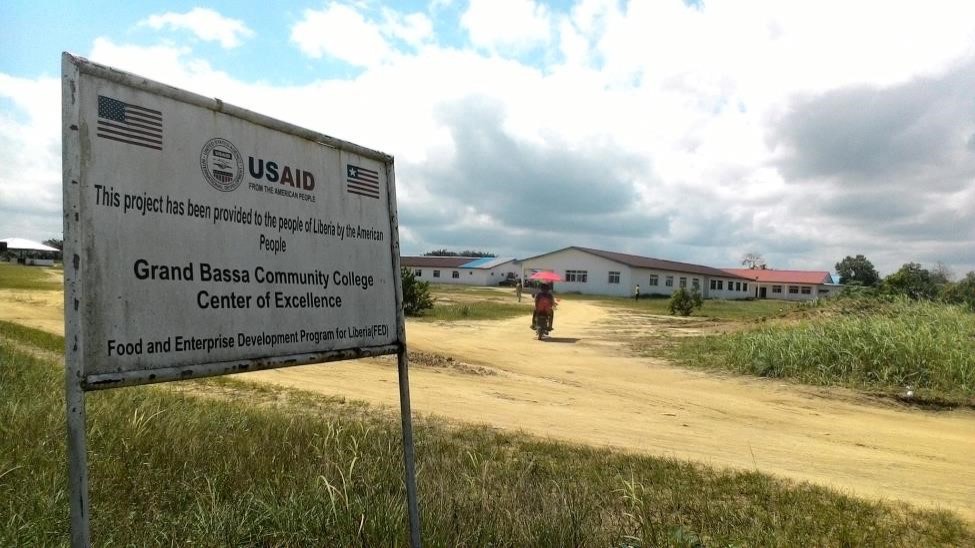 BUCHANAN, Grand Bassa â€“ The incoming president of the Grand Bassa Community College, Samuel Monweh, says he has submitted an assessment report to the collegeâ€™s board on ways to improve the schoolâ€™s daily operations, staff welfare, and academic affairs.

Monweh took over the college in mid-November after President George Weah appointed him to replace Samuel Reeves, who served as interim president of the college for one year.

The new GBCC president said he is focused on bringing stability to and improving the image of the college. He also says he wants to upgrade the school to the level of a bachelor-degree-granting institution.

Monweh named salary disparity as one of the major challenges and the root cause of long-term conflict at the college, as staff salaries were not commensurate with the credentials held.

â€œThe mandate of the interim team was to bring down salary and align the salary with governmentâ€™s allotment,â€ he said. â€œIt was done partially, and we have gotten involved with that. If, for example, I earned [a] bachelorâ€™s degree and you earned [a] bachelorâ€™s degree, there is no differentiation between the two degrees. So, no reason why you will make US$175 and I make US$400. It raises eyebrows and I think that is one of the roots of conflict at this college.â€

He also said he would reduce senior staff salary at the college to better afford operational expenses. Monweh noted that the interim leadership had been mandated to do so but failed to implement the plan. This exercise would only be restricted to senior staff, he explained.

â€œThere will be a cut down beginning with myself. I will reduce my salary by US$200 even in fuel and gas so that we have a smooth operation on a daily basis,â€ Monweh said.

â€œ[The] government is doing well with the timely payment of salary, but when you pay that salary, you have your air conditioner and other things running. Definitely, you need extra funding.â€

Even as he was making adjustments to staff salaries, Monweh assured the public that he had not yet conducted any major reshuffle. He said only two positions had seen any changes: the chief accountant and the quality control officer.

â€œThere are positions at this community college that you just donâ€™t put in people â€“ it is with the permission of the board, such as the comptroller, and the vice president for academic affairs, and provost,â€ he said, adding that those positions had not been filled yet.

â€œWe hope that in the future, we will do that, but for other positions, and per the mandate we received from the board, it lies purely in my preview, so we have replaced the chief accountant with another capable person.â€

Monweh also disclosed that the college owes several vendors US$24,000 and his administration is meeting with them to design a method of payment to save the image of the college.

Additionally, the GBCC president told journalists that he has reinstated Alexander Zeon, a staff of the college who was suspected of casting spells at the entrance of the Grand Bassa Community College on April 30. The act was related to a leadership crisis at the campus over Nathaniel Gbessagee, the collegeâ€™s embattled former president. Monweh said Zeon was reinstated based there was no tangible evidence that he was involved.

Addressing the free tuition pronouncement made by President Weah, Monweh said he supports the presidentâ€™s agenda fully because it is intended to develop and enhance the capacity of young people who cannot afford to enroll at government-run higher learning institutions.

However, he said to cope with potential resulting funding gaps, he has employed a strategy at the college to cut down in spending to enable the college to run daily. He added that the college is working on a plan to use agriculture to help sustain its operations in case of any funding reductions in the future.

Grand Bassa Community College was established in 2008 and operated at the Bassa High School campus for years before relocating to its newly constructed US$2.2 million campus in 2016.