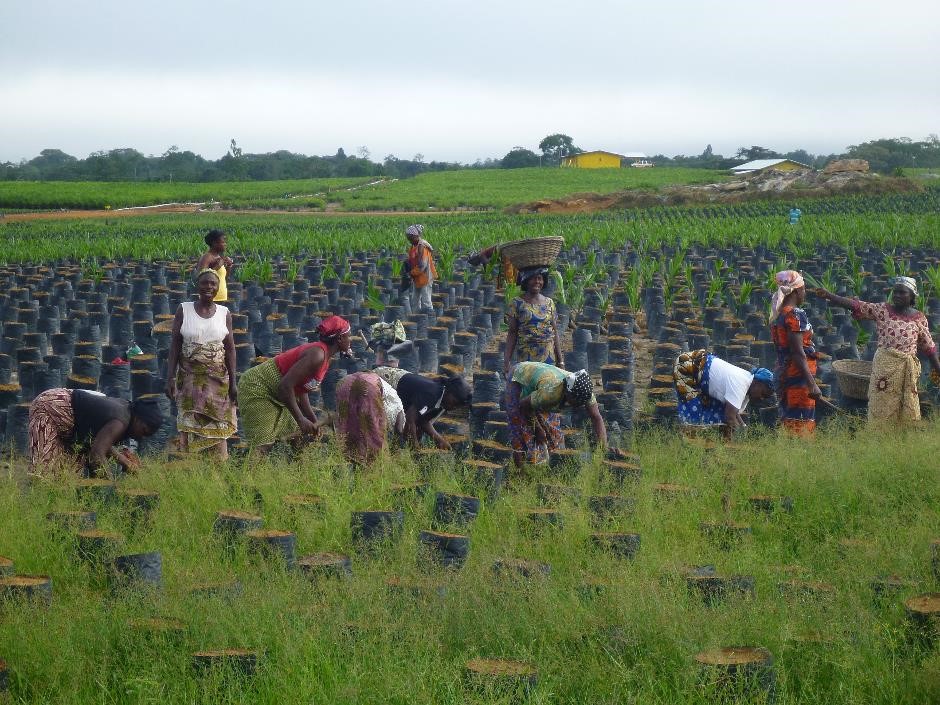 GREENVILLE, Sinoe – Oil palm plantation company Golden Veroleum Liberia Inc. has promoted nine Liberian staff to low-level managerial positions in Sinoe and Grand Kru as part of the company’s efforts to ensure that operations are managed by as many Liberians as possible.

The concession agreement with Golden Veroleum requires the company to ensure that it gives “preference for employment at all levels of financial, accounting, technical, administrative, supervisory, and senior management positions and other skilled positions to qualified Liberian nationals.”

According to Alphonso Kofi, the company’s communications coordinator, the elevation of the nine Liberians is in keeping with the company’s commitment to ensure that competent Liberians can rise to managerial positions. He said the promotions are based on performance, punctuality, sincerity, commitment, and other key values.

As for Klaybor, Bladee, Brown, and Karr, they will now assume supervisory roles over field conductors while serving as divisional heads.

This is the second time in less than a year that the plantation has promoted Liberians. In June of last year, Kofi himself was promoted to communications coordinator from his previous communications officer position. Meanwhile, Mark Threason took on Kofi’s previous position.