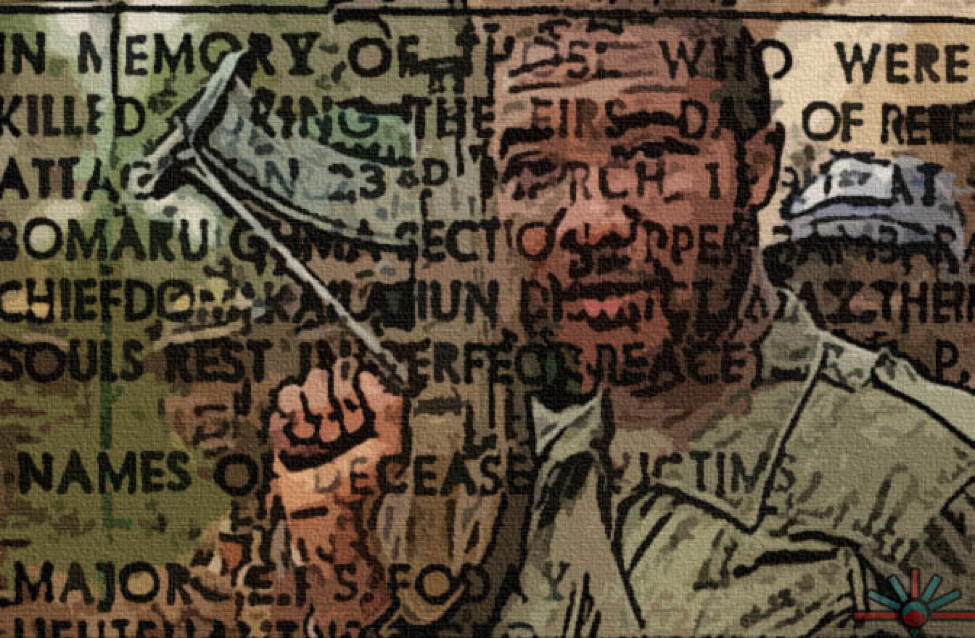 Every country has a time in its history that marks a significant turning point that ushers in liberation or mass chaos. For Liberia, April 6 is one such day.

A country that was once built on religious segregation, mass exclusion of indigenous people, and decades of one-party rule by the Americo-Liberian-led True Whig Party witnessed what became the threshold to the most brutal period of its history in the early hours of April 6, 1996.

The years preceding 1996 were marked by an era of injustice and a form of black apartheid â€“ a time when one group, because of its socio-economic status, could dictate everything about our politics and life generally.

The True Whig Party had managed to develop a system that excluded the vast majority of the Liberian people. It left them with little political participation in the running of the state. This resulted in enormous anger and rage among indigenous Liberians leading to the coup of April 12, 1980 by Master Sergeant Samuel Kanyon Doe and his comrades-in-arm. After the coup, Doe imposed martial law and said he had overthrown the Tolbert government â€œbecause of rampant corruption and misuse of public offices.â€

The military regime adopted a new constitution and promised to relinquish power and return the country to civilian rule. This did not happen. After numerous fruitless efforts to replace the Doe government by the intellectuals of the day, the country erupted into a civil conflict in 1990 and a renegade faction of Charles Taylorâ€™s National Patriotic Front of Liberia, led by Prince Johnson, succeeded in capturing the president during a visit to the ECOMOG base at the Freeport of Monrovia in 1990.

The outburst of the civil war in 1990 led to the struggle of political power between different factions as they were bent on exploiting different parts of the country for self-enrichment and mass killing of innocent people.

Those in control of lucrative parts of the country did their part in exploiting what was available to them while others were butchering and slaughtering people across the country.

In the morning hours of April 6, 1996, Taylor attempted to arrest a rebel faction leader, Roosevelt Johnson, who had been a minister in Doeâ€™s government, on charges of killing civilians. Johnsonâ€™s Krahn loyalists stood in defense and fighting blazed between the Taylor forces and that of loyal members of Johnsonâ€™s Krahn ethnic group. Situations worsened, and the country was plundered into another deadly war in what was described as a carnage.

In no later than two hours or so, the fighting had extended to other parts of Monrovia and nearby places. Bodies were piling up on the streets, and thousands of people were displaced while others were running for their lives.

At the height of the battle, the U.S. Embassy began evacuating its citizens from Liberia, leaving Liberians with no hope of the end of the carnage. A CNN article dated April 30, 1996, said that before ceasefire, about â€œ200,000 people had been killed and at least 2.8 million residents had been left homeless.â€

April 6 marks a great moment of sorrow for ordinary Liberians who fell prey to the greed of the political class. Men and women struggling to make a living were gunned down unexpectedly as they walked to markets and workplaces.

Today, as we reflect on the chaos that enveloped our country in 1996, preceding and succeeding events, itâ€™s worth noting that we are one people that took a different route in history by rising against ourselves. While this led to the of death thousands of our compatriots, it has helped us rethink our governance system in building a society that champions equal rights.

The last 12 years have especially shown us what we can achieve as a nation if we put aside our differences and embrace one another as one people with one national allegiance. The war caused unimaginable atrocities and mayhem.

As we move forward, we must continue studying the causes of the war and do away with cynical politics and fighting the issue of identity. Our dissatisfaction in the state should not result to arms or spilling blood.