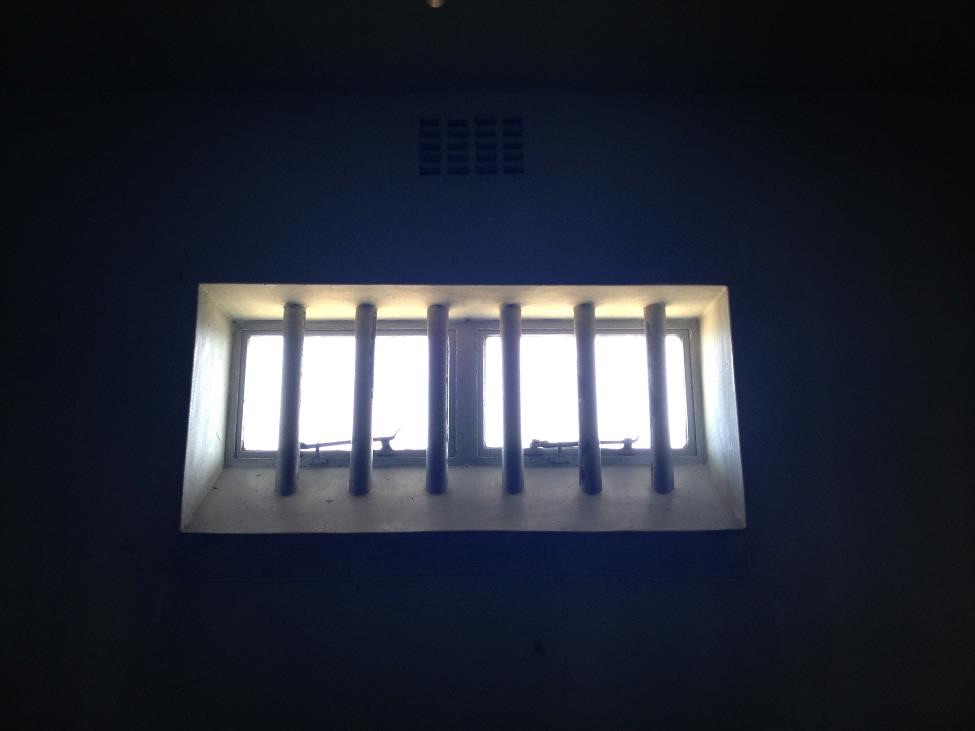 Imagine staring death in the face while on a crime-ridden street at midnight in Liberia. It announces itself, as two assailants approach you threateningly, while another lunges at you with scissors. The air is still and quiet, but the thud of your heart rings loudly in your ears.

Moments earlier, you grab your cell phone and prescription glasses from your car, lock the door, and happen upon three strangers. They demand to know what you are doing on â€œtheir block.â€ You explain it is not â€œtheirsâ€ but yours, and that you are going home.

You remember with a jolt that a week before, your fiancÃ© was attacked by three men with scissors at 9:00 p.m. in this neighborhood, and that days earlier, an unidentified person sliced your inner arm, leaving a garish dark mark.

Catapulted out of your reverie, you see that the men have now surrounded you. You pull out a knife to announce its presence as a warning, but they ignore you and it. A scuffle commences. Your knife pierces the one who charges at you with a pair of scissors. Undeterred, he pounces again, his chest meeting your knife for a second time. The other two stiffen, their backs erect. They flee and the one who tries to attack you follows.

Imagine walking hastily, your strides matching the thumping of your heart. Â Seconds later you hear repeated screams of â€œYou killed our man, now we will kill you and burn your house!â€ In shock, you turn around to find that the howls of anger are directed at you. The mob advances as their chants grow more menacing.

Imagine running like the wind, your feet pounding gravel and grass. The saliva in your mouth dries up from suspicion that tonight might be your last. But alas, you see a motel ahead and rush into its half-opened gate. Hands shaking, you hand the knife to the security guard who closes the gate shut with finality. After carefully hiding in the dark, damp, generator room, you remain silent until the noise outside subsides.

Imagine attempting to call the police but feeling too parched to emit any sound. The bucket of dirty water in the middle of the room beckons. Without hesitation, you greedily gulp down a handful of it. Momentarily hydrated, you call four top officers, notify them of the incident and of your location. You beg them to come, to alert your brother, who works at the Ministry of Justice.

The seconds bleed into minutes as you await the sound of sirens. When the police arrive, they handcuff you and charge you with murder. Remorseful about taking another personâ€™s life in self-defense, you think about what could have happened to you otherwise.

This is the story of my cousin Oliver Papee Dillon, currently languishing in Monrovia Central Prison because he defended himself during an attempted armed robbery in the Gardnersville Supermarket area in the early morning hours of April 12, 2019.

I have been told that attacks like the ones my cousin experienced have peaked in the last six months. There is nothing that separates any of us from this nightmare turned reality.

I could be Oliver Dillon.

You could be Oliver Dillon.

We all could be Oliver Dillon.

He was granted bail by Judge Roosevelt Z. Willie on 7 May 2019 before the ruling was strangely overturned by a Supreme Court justice a few hours later. Yet, Oliver had no criminal record or previous arrests. In fact, before he turned himself in, he was a law-abiding coordinator for decentralization at the Ministry of Transport. Having raised millions of Liberian dollars in revenue for our government, my cousin is living proof that serving the public with integrity can pay off.

Now Oliver needs our help. His family and friends are asking for him to be granted his legal right to bail until a trial can commence. If you agree that my cousinâ€™s bail reversal is a miscarriage of justice, please sign this petition to #FreeOliverDillon.