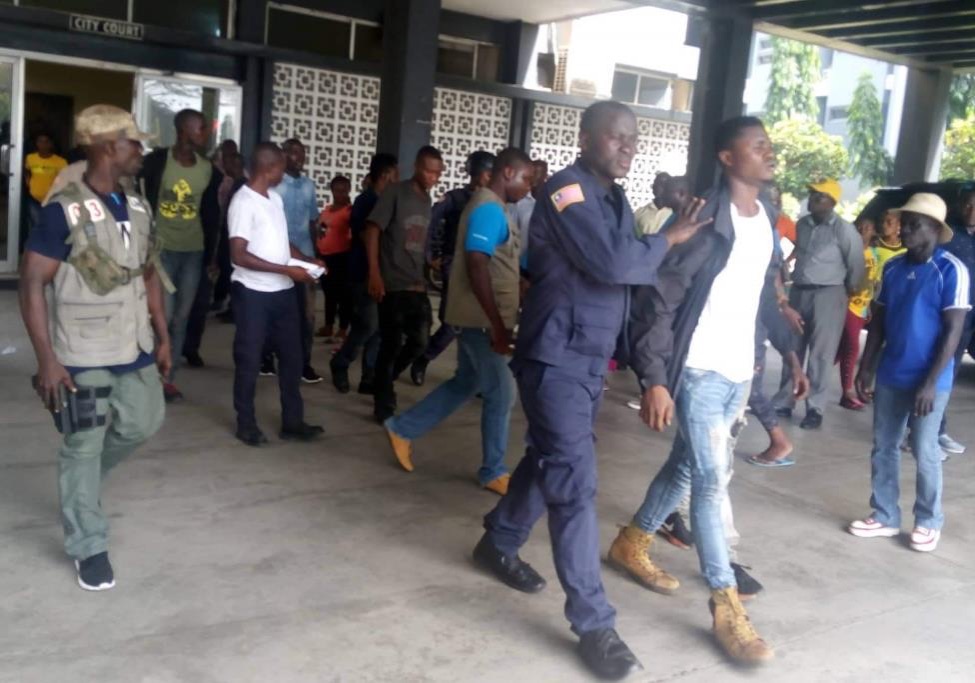 MONROVIA Montserrado â€“ The Liberian National Police has forwarded to court five protesters who were part of the protests organized by the Council of Patriots on Monday, Jan. 6 in Monrovia.

Those arrested include Josiah Tarphen, Emmanuel Johnson, Alexander Sampson, Willie Flomo and Arron Kennedy. They were charged with rioting, failure to disperse upon police orders, disorderly conduct, and reckless endangerment. The suspects are among at least 26 protesters arrested during Mondayâ€™s anti-government protests.

According to the police charge sheet, the defendants actively and aggressively resisted arrest. The protest, which started and unfolded relatively peacefully, triggered tough police response when some protesters began lighting coal near the Capitol Building to cook food for the crowd.

According to Deputy Police Inspector General Marvin Sackor, the police first called the attention of monitors of the Independent National Commission on Human Rights when it was observed that protesters were lighting fires, but this was to no avail. He said authorities were left with no other options but â€œto use less forceâ€ and fire tear gas and water cannon to douse the fire, and immediately disperse the crowd. In this effort, the police claim, they were attacked by protesters.

â€œWhen the police requested them to leave, the protesters became more resistant, and so in addition to the usage of the water cannon, the joint security resolved to use tear gas canisters to disperse the crowd during which they were arrested,â€ the document revealed.

These specific claims of attacks against the police have, however, been contradicted by reports of the Independent National Commission on Human Rights. In a recent press statement, the group described police actions against protesters as unprovoked, disproportionate, and excessive.

The human rights group also reported the suspicious presence of ex-rebel generals from Liberiaâ€™s civil war, who appeared in unmarked vehicles, and were granted easy access to the protest grounds at Capitol Hill by police.

The police document also claimed that a 9-millimeter pistol was discovered in a white Ford Ranger vehicle owned by Alexander Sampson, together with another weapon it claimed to have been discovered in a vehicle belonging Montserradoâ€™s 10th district representative, Yekeh Kolubah.

The defendants charged in the protests were forwarded to the Monrovia City Court and later sent to the Monrovia Central Prison to await a trial date in the absence of required bail or bond.

A recent statement by the chairman of the Council of Patriots, Henry Costa, that â€œthe COP had secured the release of all its members arrested by policeâ€ could not, however, be verified.