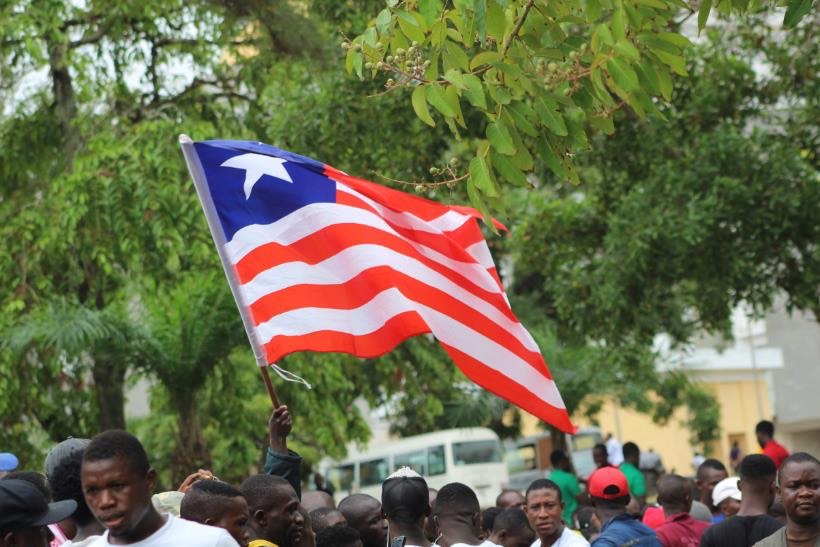 Have you ever wondered what is really wrong with Liberia? Why is it that Africa’s oldest republic is always stuck in corruption, ritualistic killings, impassable roads, excessive salaries of lawmakers and officials, skyrocketing unemployment, terrible economic mess and always relying on international partners for everything?

Everything is wrong with Liberia. Liberia’s disappointing state of affairs is not an accident. Liberia was designed to be a place where the political leaders are empowered and enriched to the detriment of the people.

Worse, the system of governance in Liberia was designed to keep Africans as slaves forever and trap Liberian citizens in poverty and misery under the control of White American slave masters. To reverse Liberia’s two centuries of decline, we need a new constitution designed by ordinary citizens â€“ not politicians â€“ to empower the people and not the politicians.

The new constitution by the people must get rid of representative democracy and replace it with participatory democracy that guarantees equal opportunities, justice, and relegate politicians to being mere public servants whose compensation and benefits are determined by their bosses, the ordinary citizens.

Replacement of one politician with others and keeping the old corrupt structures intact will yield the same results, more corruption. Proof: 1980, 1997, 2005, 2017… and so on.

Liberia is a big lie. The United States of America has long held that Liberia is a country founded by freed American Slaves. Lies! The slaves were freed in 1863 but the Americans settlers arrived in 1822. In fact, Liberia was created illegally by high ranking United States government officials who were white supremacists and slave owners to protect their property (African slaves) and oppress all Americans who were not white (people of color) in subjugation and misery forever in a remote colony in Africa, never to return.

According to documents from the Library of Congress of the United States, the idea of Liberia did not originate within the community of “free men of color” (mixed-race and free Black Americans). It was created by white supremacists â€“ slave owners trying to protect their property (African slaves) by oppressing mixed race and free Black Americans forever in the American colony they created in West Africa.

Evidenced by the records of the second annual report of the American Colonization Society filed at the Library of Congress, keeping African slaves in America in bondage forever was one of the main objectives of the ACS.

â€œIf, as is most confidently believed, the colonization of the free people of color, will render the slave who remains in America more obedient, more faithful, more honest, and, consequently, more useful to his master, is it proper to regard this happy consequence to both, as the sole object which the society hopes to attain…”

Not only did Congress pay the ACS US$100,000 to colonize Americans based on their race, but the American flag was also proudly hoisted over the colony of Liberia, making all actions and excesses of the brutal colonization wholly owned by the United States.

The system of representative democracy in Liberia is broken and corrupt not by accident but by design. It was designed by slave masters to keep Africans enslaved in America and oppress free people of color in the colony of Liberia, subjugated under white leadership. For the first 20 years of Liberia, the leadership was exclusively white men. The leadership and membership of the ACS were also exclusively white men who were white supremacists and slave owners.

Decolonization and liberation of Liberia is the only way to give Liberia a fresh start. All the colonial names Europeans gave African countries and cities were changed after liberation. Why then, do we still have Monrovia, named after a slave owner and president of the United States who illegally colonized Americans because of their race?

Why do we still have Bushrod Island, named after a white supremacist and associate justice of the U.S. Supreme Court who sold 54 African slaves because they demanded to be free?

Why do we still fly the American flag when 22 million citizens from 38 countries enter the U.S. yearly without a visa but the U.S. Embassy steals millions of dollars from Liberians whom they deny visa to visit the country built by the blood, sweat, and tears of their ancestors?

Liberia has no leaders because it was founded by people who had no interest in the common good of the people of Liberia. Current political leaders are following the design of old Liberia.

We must begin by decolonizing and liberating Liberia immediately. First, we must demand the following from the United States:

In Liberia, we must institute symbolic, but important changes to the names of key locations and streets. Additionally, the national symbols (such as the flag and national anthem) must be changed to reflect the current Liberian society. For example, Newport Street, named in honor of Matilda Newport, who massacred indigenous African tribal leaders protesting the theft of land, must be changed. Additionally, Clay-Ashland was named in honor of Henry Clay, speaker of the U.S. House of Representatives who inherited and owned slaves for his entire life.