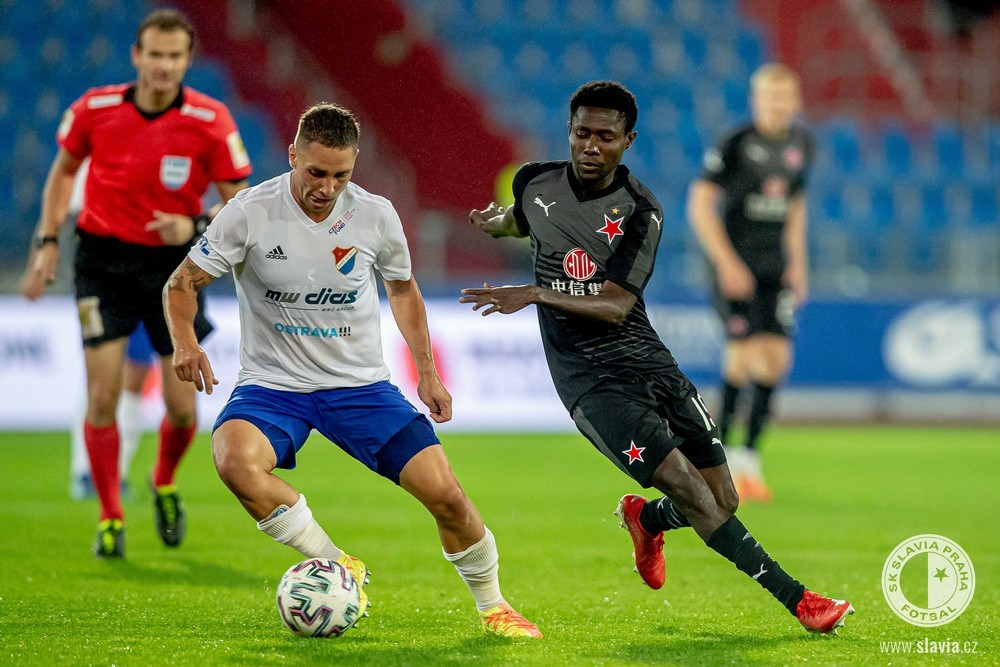 The 2019-20 Czech First League continued over the weekend with league leaders Slavia Praha grabbing their 23rd win. Liberian Oscar Dorley, who signed for Slavia Praha from Slovan Liberec in August 2019, made his second league appearance for the club.

The ‘Red and White’ strengthened their lead at the top of the log with a 3-1 win away Banik Ostrava. Goals from David Zema, Jan Bořil and Petar Musa were enough to hand Slavia Praha all three points away from home.

Coming off the bench in the 81st minute for 27-year-old Czech midfielder Lukáš Masopust, Dorley entered a game where his team was already at a 2-1 advantage.

Dorley made an instant impact in the game after coming on and assisting Slavia Praha’s third goal, which laid the game to rest in stoppage time. The former Monrovia Club Breweries midfielder assisted his former Slovan Liberec teammate, Petar Musa, who got his fourth league goal of the season. Like Dorley, Musa was introduced in the match from the bench, replacing Stanislav Tecl in the 86th minute.

Oscar’s Slavia Praha finished the Czech First League regular season at the top of the log and is currently in the championship round, facing teams that finished in the top six after the regular season.

Sharing
Tags Oscar Dorley
Contributions to The Bush Chicken are not tax deductible.