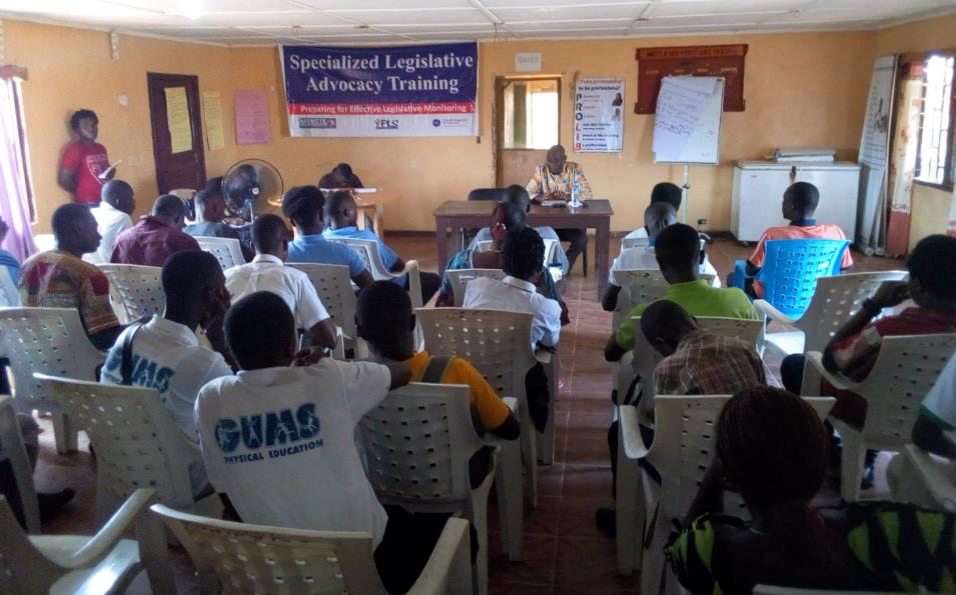 GANTA, Nimba â€“ More than 30 youth from communities and schools across Ganta have received education from the civic engagement organization NAYMOTE on the functions of the Liberian legislature.

â€œThere are misconceptions about these peopleâ€”our lawmakers,â€ said Moses Bailey, NAYMOTEâ€™s regional coordinator. â€œWe â€“ young people â€“ too often, we donâ€™t know exactly what theyâ€™re supposed to be doing for us when we elect them.â€ [Full disclosure: Moses Bailey is also a contributor for The Bush Chicken]

Bailey said it was important for the youth to be â€œeducated to the laws of the countryâ€ that will serve as a guide for them in making informed decisions.

The forum brought out Nimbaâ€™s eighth district lawmaker, Larry P. Younquoi, who served as the panelist. Younquoi discussed the structure of the legislature, what happens during legislative sessions, the differences between bills, resolutions, and laws, and the process for making a bill a law. Younquoi also described the work of the various committees found in both houses. The Nimba lawmaker said he was delighted that the organizers had organized such a forum to educate young people who may not understand why they elect individuals to represent them at the level of the National Legislature.

â€œSome people feel that the lawmakers are there to do everything for them,â€ Younquoi said. â€œBut the function of the lawmakers you elect is to make laws for the people, to represent them, and to have oversight on what is happening daily in the government.â€

He added that his selection by the organizers to speak to the young people about the workings of the legislature was no mistake, as he is a â€œvery experiencedâ€ lawmaker and a â€œwalking dictionaryâ€ when it comes to matters of the National Legislature.