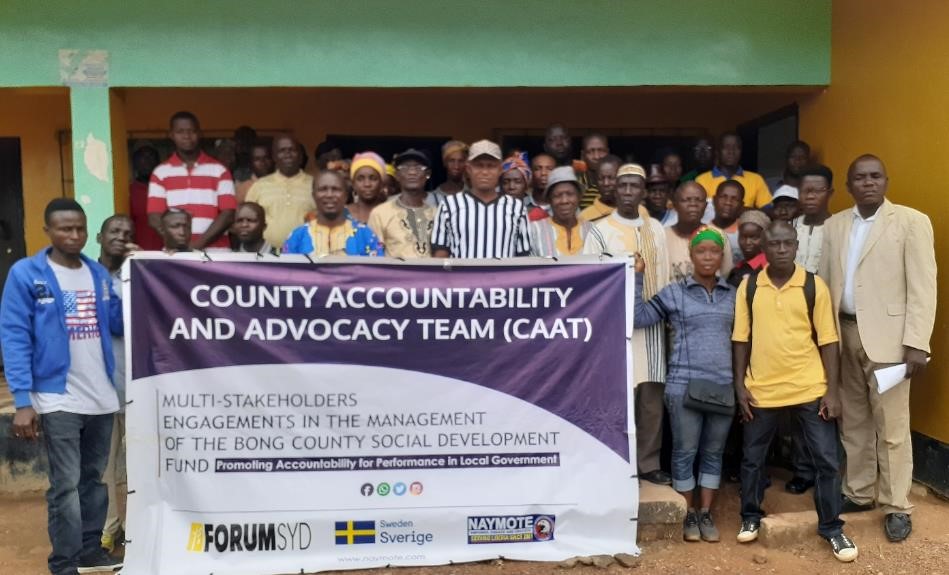 KOKOYAH, Bong â€“ The Liberian NGO, Naymote-Partners for Democratic Development, has recently completed a major stakeholdersâ€™ engagement in Bong aimed at creating awareness about the use and management of County Social Development Funds.

The county-wide engagement was funded by the Swedish international group, Forum SYD.

Post-war Liberia has seen Bong emerge as the site of numerous concession operations, and with them, various social development funds. The county receives more than US$2 million annually from these funds. These included a US$200,000 annual allotment from the central government, US$1.7 million from the mining firm China Union, and US$500,000 from the mining conglomerate ArcelorMittal.

But the management and utilization of proceeds from these social development funds have been a constant source of controversy in the county, due partly to numerous allegations by citizens that information about how the funds are used is lacking. It is precisely these kinds of issues that Naymote seeks to address through its stakeholdersâ€™ engagements.

Moses Bailey, Naymoteâ€™s regional coordinator for Bong, Lofa, and Nimba, says the awareness campaign aims to bring together citizens and county leaders, especially those heading the project management committee, or PMC, in a collaborative network that facilitates dialogue, information sharing, and transparency for the purpose of development.

Speaking at the launch of the stakeholdersâ€™ engagement in Botota on Wednesday, Dec. 11, Bailey emphasized that its focus was to provide vital information to citizens on the use of US$1.15 million allocated for Fiscal Year 2018-19.

â€œWe are ensuring that the 2018-2019 county sitting resolution is provided for citizens and stakeholders to know and understand what was agreed upon, to provide updated details on the expenditure of US$1.15 million dollars received by Bong County during the fiscal year 2018/2019 as County Social Development Funds, and as well inform the citizens of the implementation stages and processes of new projects to be implemented in 2019/2020,â€ he said.

Stephen Mulbah Jr., chair of the countyâ€™s PMC, seized the opportunity to inform citizens of the resolution adopted at last year’s county sitting, as well as report on PMCâ€™s expenditure, ongoing and planned projects. He also informed the forum of another US$50,000 the county received from Deco Incorporated, a Nigerian oil company engaged in exploration in the countyâ€™s third district.

Mulbahâ€™s presentation also included information regarding the settlement of liabilities to contractors amounting to US$740,400 and new projects to which a fund balance of US$271,000 will be dedicated once bidding and selection of contractors are completed following a Dec. 15, 2019 start date. One of the new projects included the renovation of the superintendentâ€™s residence in Gbarnga. 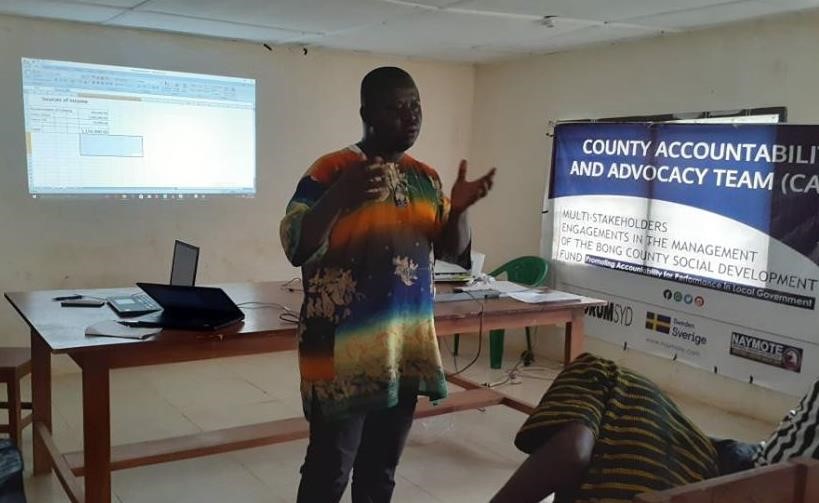 Mulbah also disclosed that although US$2.3 million was allocated to development during last Novemberâ€™s county sitting, the county only received US$1.15 million, a situation which may pose some difficulties to the swift implementation of county resolutions and projects.

Under the current budget law, the PMC of each county serves as the technical arm of the county council in the tasks of identifying and costing projects, as well as overseeing and coordinating the implementation of approved projects.

Miatta Konah, the land rights officer and representative of Forum SYD, was also present at the engagement where she called on citizens to prioritize constructive engagement in the interest of governance and development.

Also speaking at the forum was Kokoyahâ€™s district commissioner, Mary Kwenah, who seized the opportunity to express her regrets over the fact that some projects are decided during county sittings, but never get implemented.

â€œSometimes, we go to the county sitting and agree that something will be done in our area, but we don’t see it,â€ she explained to participants in her local vernacular, Kpelleh. â€œAs we speak, we don’t have a commissionerâ€™s residence in our district, even though it was agreed that we will have one. We need it.â€ 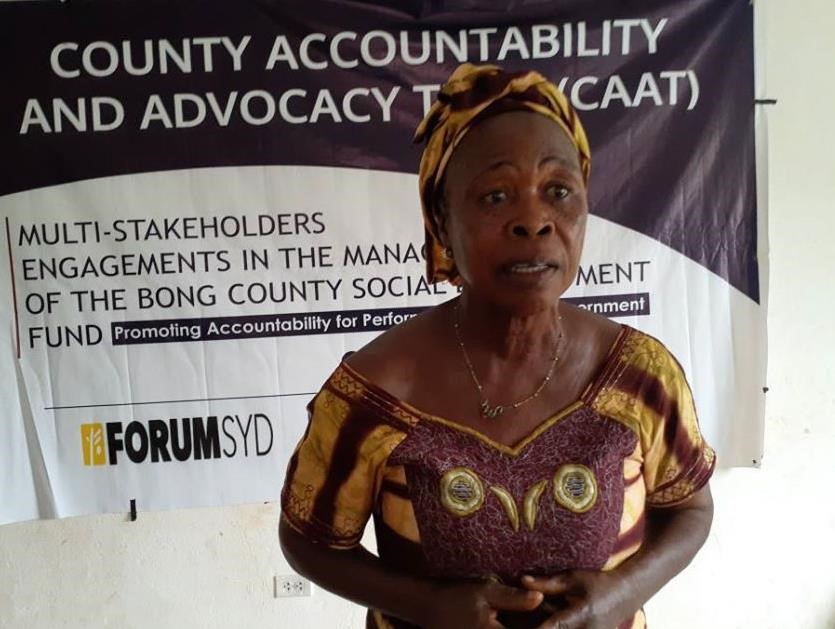 The Botota engagement was attended by 43 individuals, including district commissioners, youth and women leaders, health workers, teachers, and heads of community-based organizations.

The superintendent of Kokoyah Statutory District, Conteh Yallah, thanked Naymote for bringing citizens together with members of the PMC to provide important information regarding fund implementation.

â€œThese kinds of meetings are good because they help to educate us and clear our doubts on some of the accountability issues. Now our people have [an] understanding of how the money is being divided,â€ Yallah said.

Naymoteâ€™s next stakeholdersâ€™ engagements are scheduled to take place in Salala and Gbarnga.