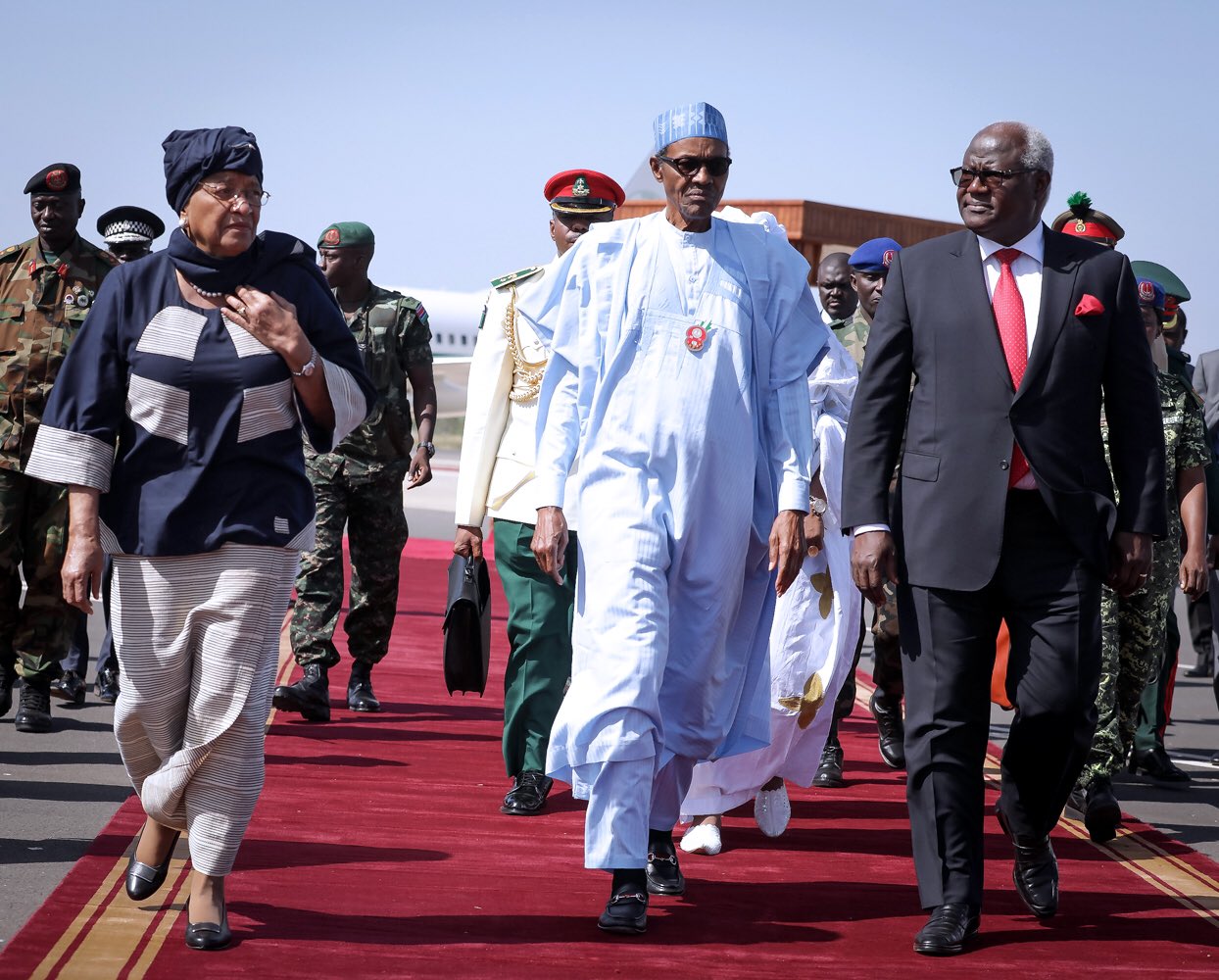 President Ellen Johnson Sirleaf and her counterparts from English speaking ECOWAS countries traveled to the Gambia on Tuesday to urge President Yahya Jammeh to step down from power following his defeat in the recent election.

After the Dec. 1 election, where Jammeh lost to opposition candidate Adama Barrow, the Gambian president initially conceded defeat, before reversing his decision. He has now launched a challenge of the results with the countryâ€™s Supreme Court, arguing that there were irregularities.

Sirleaf, who is the current chair of ECOWAS, had already called on Jammeh to respect the will of the Gambian people. An Executive Mansion release issued on Saturday stated, â€œReferring to the call for new elections by President Jammeh on grounds of alleged abnormalities in the electoral process, the ECOWAS Chair said that this reversal of position by President Jammeh was unacceptable and threatened peace not only in the Gambia but the entire West African Subregion.â€

On Tuesday, Sirleaf and her delegation met with Jammeh initially and then later with the presumed winner, Adama Barrow. Pres. Ellen Johnson Sirleaf and other ECOWAS leaders meet with the winner of the Gambian election, Adamma Barrow. Photo: Federal Republic of Nigeria/Twitter

While news reports quoted Buhari describing Jammeh as being receptive to the leaders, the delegation did not announce any agreement.

In fact, as Sirleaf and her delegation were entering the country, the BBC reported that Gambian security forces had taken over the electoral commissionâ€™s headquarters and its chairman and other staff were barred from entering.

In another development, ECOWAS President Marcel Alain de Souza has said the regional body could consider sending troops to The Gambia. “We have done it in the past,â€ he told Radio France Internationale. â€œWe currently have troops in Guinea-Bissau with the ECOMIB mission. We have had troops in Mali. And therefore it is a possible solution.”