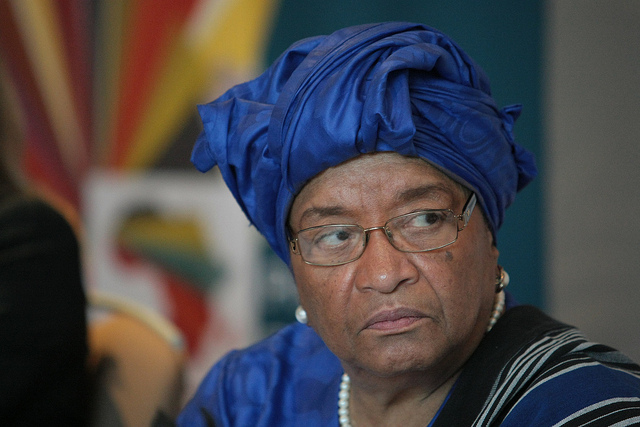 MONROVIA, Montserrado â€“ In the wake of debates among citizens on the implementation of the Code of Conduct, President Ellen Johnson Sirleaf on Tuesday, March 14 issued Executive Order No. 83, specifying some requirements for the Office of the Ombudsman.

The independent autonomous body is responsible for enforcing, overseeing, monitoring and evaluating adherence to the Code of Conduct.

According to an Executive Mansion release, the executive order provided clarifications on some details pertaining to the Office of Ombudsman that had not been specified by the law, including the qualification and tenure of the ombudsman.

While the president has not yet appointed individuals to the office of the ombudsman, her latest move suggests that such appointment may be made soon.

Sirleafâ€™s executive order specified that the Office of Ombudsman would comprise of three persons to be appointed by the President, on a gender-sensitive lens with the consent of the Senate.

The body would be required to make quarterly reports to the president and the legislature on progress made in fulfilling its mandate.

Prior to the Executives Order, there have been debates among stakeholders on the implementation of the act.

Earlier, Chairman Jerome Korkoya of the National Elections Commission had said the commission would fully implement the law.

Despite arguments among some political actors on the fairness of the law, Korkoya said NEC would respect the laws of the country.

However, the head of the Institute for Research and Democratic Development countered that NEC lacks the legal jurisdiction to implement the law.

IREDDâ€™s Executive Director Marvin Aidoo told a press conference in Monrovia that no part of the law gives NEC the power to implement the Code of Conduct.

With barely seven months left to the October elections, the interests of several aspirants to contest for public offices are in danger.

On May 12, 2014, President Sirleaf signed into law a bill to establish a code of conduct for public officials. The bill was proposed in 2009 by the Executive Branch of the government and passed by both houses of the national legislature.

The act provides guidance for appointed government officials and employees against actions that would undermine their integrity. Officials and employees affected by the law include ambassadors, ministers, consuls, chief justices, associate justice of the Supreme Court, Judges of the subordinate courts, superintendents, other county officials of other political subdivisions; members of the military from the rank of lieutenant of its equivalent and above; and marshals, deputy marshals and sheriffs as stipulated in Article 56 of the 1986 constitution.

The law, among other things, restricts government employees from engaging in corrupt practices and playing active roles in electoral exercises while still serving the posts they were originally appointed.

The key portion of the act under discussion is the one barring public officials from contesting elections if they do not resign from their posts two years prior to the poll date. For tenured positions, the limit is three years.

Many have, however, argued that the law was unfair because it exempts other officials of the government, including representatives and senators.

The dean of the Louis Arthur Grimes School of Law at the University of Liberia, Negbalee Warner, described the Code of Conduct as discriminatory.

Last July, Warner argued before the Supreme Court that the Code of Conduct passed by the National Legislature was completely discriminatory.

Earlier, Bongâ€™s Superintendent Selena Polson Mappy filed a petition before the Supreme Court to declare the code of conduct unconstitutional. Mappy had hoped to contest for representative of Bongâ€™s sixth district.

However, the Supreme Court last Thursday ruled against her case, stating that the law was constitutional.

The high courtâ€™s opinion suggests that Mappy and other current and former officials who are affected by the act will not be allowed to contest in the 2017 elections.

Mills Jones, the former executive governor of the Central Bank of Liberia who was recently elected standard bearer of the Movement for Economic Empowerment, would also be disqualified from contesting in the October elections. Jones resigned last year from the CBL close to the expiration of his second tenure.

Jeremiah Sulunteh who last month announced his resignation as ambassador to the US, MexicoÂ and Canada may also be disqualified if rumors of his ambition to become running mate to Alternative National Congressâ€™s standard bearer Alexander Cummings is true.

There have also been rumors that the managing director of the Forestry Development Authority, Harrison Karnwea, may be the running mate to Liberty Partyâ€™s Charles Brumskine. Karnwea too may not be allowed to contest the elections in October.

It is not clear how the law would also affect political party officials serving in the government. Unity Party elected Information Minister Len Eugene Nagbe as its national secretary and Labour Minister Neto Z. Lighe as its senior vice chairman, violating the rule precluding officials from being engaged in political activities.