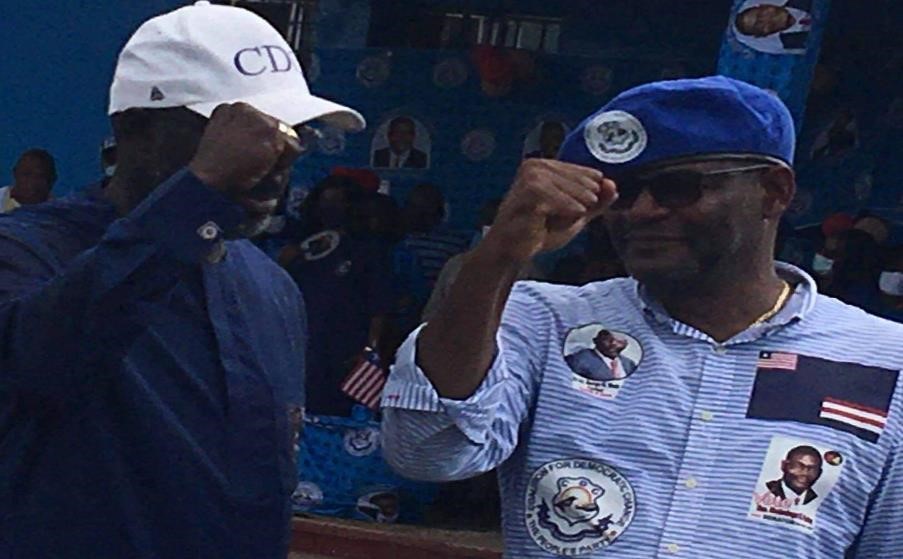 Findley is running on the Coalition for Democratic Change ticket and seeks to be elected on December 8.

The program began with a parade from Monrovia Junction in Buchanan through the main street to Unification Pavilion. The president did participate in the parade, but opted to tour communities on the outskirts of Buchanan during this time.

Weah noted that he had endorsed Rep. Matthew Joe in 2017, and because of Joe’s lobbying, the 1.5 km Fairgrounds Road has been paved. Weah said he is pleased that Joe was serving as the campaign manager for the former foreign minister.

Weah said he had agreed to let Findley go as foreign affairs minister because the elders of Grand Bassa had requested him to do so: “Today, to our elders, I want to let you know that I have listened to you and this is why I am in Bassa to present your son to you.”

Meanwhile, President Weah claimed that he had done more for Liberia than all its rulers from 1847 to now: “No one can beat my records in the history of this country for making this country a great country – I defy anyone. Today, you have a free [West African Senior School Certificate Examination] fee, roads are being paved, hospitals have been built, people have been paid – no one can match my records.”

He added that Liberia is one of the safest countries in the world, but the oppositions are turning it the other way.

“There is nothing they did that we are not doing, we have done more than what they did, but Findley knows what to do and how to it; therefore, go to the polls and vote Gbehzohngar Findley,” the president added. 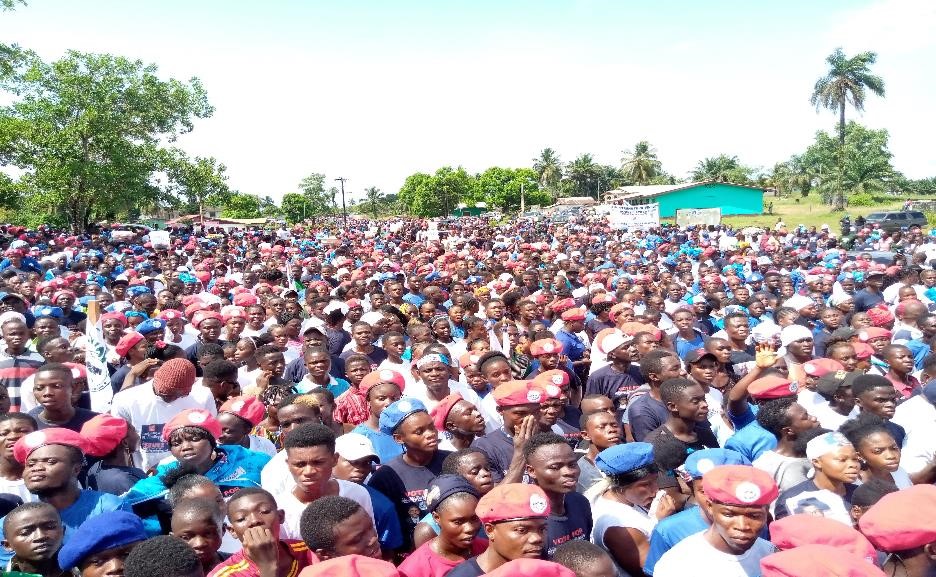 Findley also made the case for the county to elect a senator who would be close to the president: “When we are running a country, a government where the people’s interests are at stake, you cannot afford to have a senator that is going to insult the president, insult his colleagues, slap their colleagues, and want to bring development to the people of Bassa – it can never and ever happen.”

He added, “The people of Bassa need to understand this clearly that you cannot get development without the executive. You have to be friendly with the executive to bring development.”

The former foreign minister’s statements were a thinly veiled reference to the county’s current senator, Sen. Nyonblee Karnga-Lawrence, who, along with her fellow Liberty Party member Sen. Darius Dillon of Montserrado, have been strong critics of Pres. Weah, managing to thwart the approval process of some of his political appointees, whom the Senate must approve.

Findley’s view of a senator’s position appeared to be one who would work closely with the president to achieve development goals, instead of putting a check on the president’s excesses: “How can I go to the president and ask for a favor for Bassa when we are divided? That is why we need a reconciler. I want to be your senator; I want to be a servant to you.”

On December 8, Liberians will elect half of the 30 senators to represent each of the 15 counties. The National Elections Commission has announced that 118 senatorial candidates are participating, of which eight are from Grand Bassa.