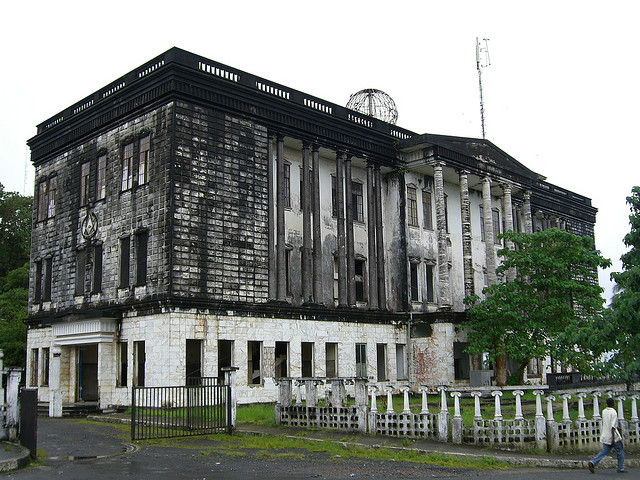 MONROVIA, Montserrado â€“ Benoni Urey, considered Liberiaâ€™s wealthiest man and a candidate for the Liberian presidency, has said he wants to see the Masonic Order of Liberia returned to its prominence in Liberian politics.

Speaking as orator at the celebration of Saint John the Baptist Day last week in Monrovia, Urey talked of a new Liberia where there would be economic opportunities, social amenities, vibrant health and education sectors, justice, and infrastructural development. He said this could be brought to reality by a government led by a mason, something he said the Unity Party-led government has failed to deliver.

Urey advocated for a government that would be directed from the Grand Masonic Temple, popularly known as â€œUp the Hill,â€ located on West Benson Street in Monrovia.

A past associate of former President Charles Taylor, Urey said that the Free Masons must produce the next president that will build a new Liberia. â€œWe must build a new Liberia because there is a need to improve the Masonic craft in our country,â€ he said.

â€œBrethren, I want to let you know that the new Liberia that we all are striving to build for our people must be led by one of our kind,â€ Urey declared to a standing ovation of his fellow masons, who were all splendidly outfitted in the craft attires.

He challenged members of the fraternity to get involved in the 2017 elections to ensure that the right people are elected.

Urey said the Freemasons have been silent for too long even as the country has been going in the wrong direction. He said it was now time for them to stand up and speak out. Urey said their inability to speak against the ills of society makes them equally as guilty as those who carried on vices against the state.

â€œWe have a health sector that is so bad off that many of our people die on a daily basis while we are breeding a generation of people who lack the requisite education and the system is at its lowest level ever in the history of the country,â€ Urey said.

â€œThe new Liberia must have a God-fearing man, and the new leader must be his brothersâ€™ keeper. He must be an upright man,â€ Urey said, indicating that those attributes clearly put masons at an advantage because their craft teaches them those noble principles.

The presidential aspirant recounted how the secret society produced five of the countries past presidents including Joseph Jenkins Roberts, Charles D. B. King, Garrison W. Gibson, William B. Coleman and William R. Tolbert. All were Grand Masters when they became president.

In remarks, the Deputy Grand Master of the Grand Lodge of Masons, Anthony Deline II, said Urey had spoken well. He said his brothers and sisters understood what he meant and would act accordingly.

Urey himself is a District Deputy Grand Master for Margibi and past Master of the St. Paul Lodge #2. For much of Liberiaâ€™s history, the Freemasons dominated the political scene of Liberia. The historian James Ciment in Another Liberia has said before the 1980 coup dâ€™etat, Liberiaâ€™s most important decisions were made at the Grand Masonic Lodge. Then, the fraternity largely excluded Liberiaâ€™s native population. After Samuel Doe had taken power, he banned the organization, and they have since been irrelevant in Liberian society.

The Masonic Order of Liberia has since been reinstated, and 14 of the subordinate lodges are operational. While the organization has not regained its past prominence, many prominent members of society are a part of the fraternity including Senator George Weah, Minister of Justice Benedict Sannoh, and Representative Edwin Snowe.