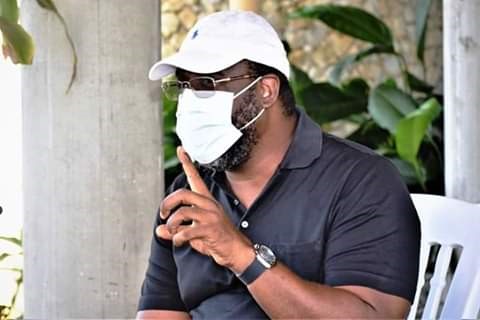 TUBMANBURG, Bomi â€“ Rep. Edwin Snowe is calling on the government to implement a complete lockdown of the country to more effectively control the Coronavirus pandemic in Liberia.

The representative from Bomiâ€™s first district says many people continue to interact with each other and move around easily, which he worries could contribute to spreading the virus.

One major criticism of Liberiaâ€™s implementation of the stay home order is that it has largely manifested as a curfew. Before 3:00 p.m., most people go about their day virtually in the same manner as before the lockdown. Lines at banks are crowded, and markets are still congested. To make matters worse, mosques will be allowed to open beginning on May 15, followed by churches two days later.

â€œLiberians should stop joking with this,â€ Snowe said. â€œHow can we have disease that is killing people around us, then we continue to see market places crowded? People are still interacting with each other. We need to be serious.â€

Snowe made the statements when he presented his 2019 legislative report to citizens last weekend. The report, which covers Snoweâ€™s legislative activities and infrastructure development programs, was made through a live radio broadcast.

During his presentation, Snowe highlighted a tourism bill he co-sponsored with Rep. Acarous Gray of Montserradoâ€™s eighth district. The bill is intended to boost Liberiaâ€™s tourism sector.

â€œThis bill, when passed, it will establish the appropriate ecosystem for the nurturing and development of Pro-Poor tourism that is environmentally and socially sustainable, which will generate shared prosperity for the good people of Liberia,â€ he said.

Snowe added that he and other lawmakers had joined Pres. George Weah to visit several countries to seek investments and other opportunities for Liberia. He named some of the countries visited as the United Arab Emirates, France, Gabon, Niger, the United States, and Nigeria.

Snowe also noted that he was re-elected by his colleagues to represent Liberia at the ECOWAS Parliament. Commenting on the role of ECOWAS in the fight against COVID-19 in Liberia, Snowe said the regional body had brought into the country a planeload of medical supplies, including personal protective equipment, surgical gloves, and masks.

â€œECOWAS as a regional body is concerned about the global treats that Coronavirus has caused and continues to pose on our member states,â€ he said, noting that ECOWAS was also looking to bring ventilators into the country.

The 2019 legislative report was done via radio in line with health protocols, as opposed to a large gathering of citizens, as is typically done.