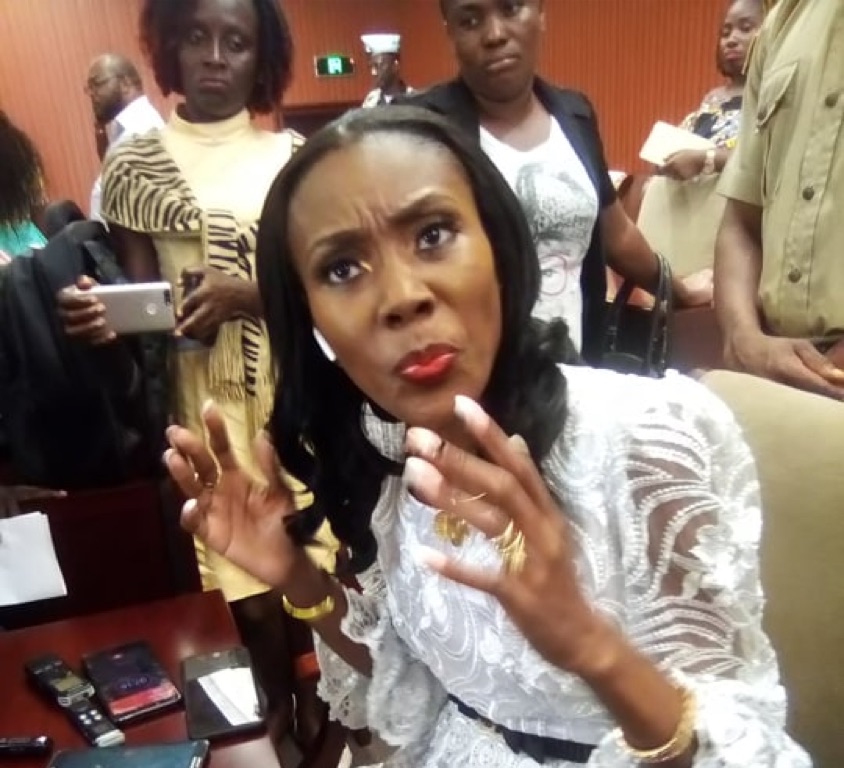 MONROVIA, Montserrado â€“ After being ill and seeking medical treatment abroad for nearly the entire period of the first and second sessions of the 54th national legislature, Montserradoâ€™s 10th district lawmaker, Munah Pelham-Youngblood, has resurfaced at the capitol for the opening of the third session.

Youngblood is an influential member of the Coalition for Democratic Change and the Female Legislative Caucus. She is the current chair on the executive at the House of Representatives. Prior to her return from medical leave, there were several reports suggesting she had died abroad. But she announced to journalists briefly after the opening of the third legislative session that she is back and ready to serve her district. Pelham-Youngblood was re-elected in 2017 after serving her first term.

The returning lawmaker also clarified that the district continued to function well in her absence, through effective engagement with citizens through the leadership of the District Development Council.

â€œI am a striker, and as a striker, you donâ€™t just stay in one place. I am about to move around again in my district to tell the people that the one who you elected fell ill and is now back to serve you like I diligently served you in my first term,â€ she said.

Reacting to apparent calls for her removal from office, the lawmaker said residents of her district are educated and will not allow themselves to be fooled by a group of ignorant people who do not know the mandate under which she was elected.

â€œIf anyone says I’m not prepared or [Iâ€™m] incapacitated, the decision should be the decision of the whole plenary and not those individuals that talking on national radio,â€ she said.

â€œThey could have raised 10,000 signatures and petition the legislature to remove me, but badly lucky for them, my well learned and educated people of District Nine did not subscribe to that kind of political strategy. It didnâ€™t work â€“ it cannot work, especially in district number nine. The people in that district are schooled individuals and educated people, they cannot allow ignorance to play within that district; so, it just didn’t work.â€

Commenting on trending national issues, the lawmaker acknowledged the current challenging economic situation in the country but noted that the situation was inherited from the past administration by the Coalition for Democratic Change-led government.

â€œI sat in my hospital bed in America reading the news all day, especially about the economic situation in my country. We didnâ€™t bring it as a ruling party; this is the situation we met on ground and I think it is something that Liberians should collectively sit on the table to find a way forward,â€ she said.

She called on all Liberians, irrespective of political affiliations, to maintain the countryâ€™s peace.

â€œI will not sit here to tell you that everything is perfect in Liberia â€“ there are challenges in the country,â€ she also said.

She called for the implementation recommendations put forth during a national economic dialogue held near the end of last year. She also said the committee she chairs is also prepared to host the president for the State of the Nation Address next Monday.