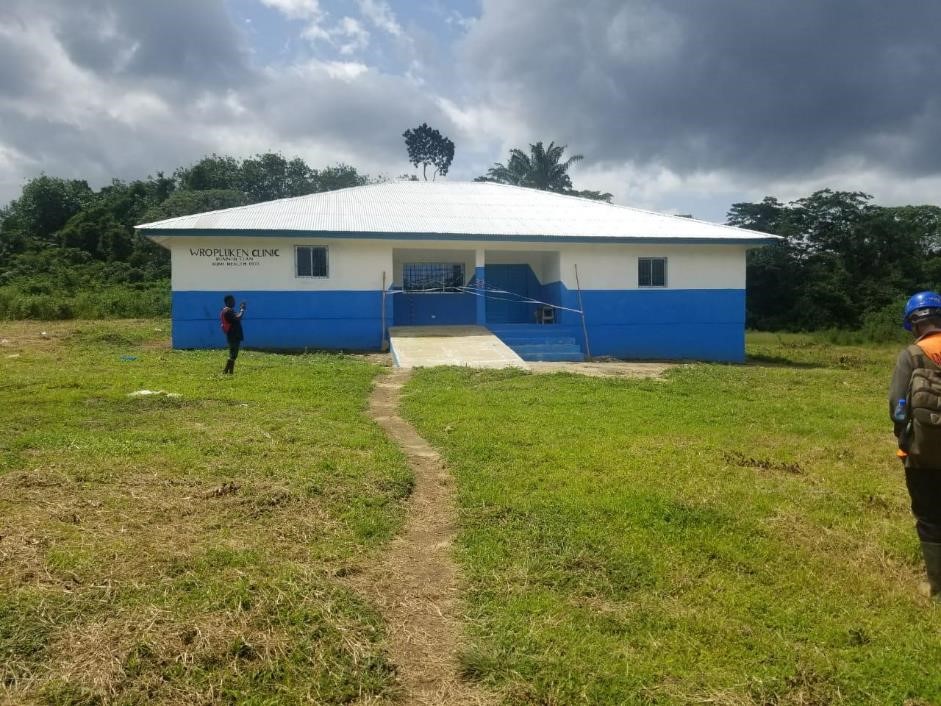 BARCLAYVILLE, Grand Kru – Sen. Albert Chie has dedicated several development projects completed within Grand Kru that are worth US$579,000, including the Grand Cess City Hall.

Other facilities include the Gbatao and Kplio Administrative Building, the J.T. Nimely Elementary School in Grand Cess, Gbanken Guest House, Zoloken Elementary and Junior High School, Bolloh New Town Clinic, and Wropluken Clinic in Forpoh District. The dedication ceremony for the structures was held this past weekend.

Sekepeh, who doubles as a spokesperson for the president pro tempore of the Senate, said the Grand Kru lawmaker has prioritized infrastructural developments since he was last elected in 2014.

“Now that the people of Gbanken, Zoloken, Grand Cess, Pinicess, Bolloh, and Wropluken communities have benefited from the senator’s personal initiative, I want you people to institute measures in consultation with the county administration for the effective operations of those facilities,” Sekepeh added.

He said the projects were constructed with consultation from the various communities.

Grand Kru’s Superintendent Doris N. Ylatun, meanwhile, applauded Chie and encouraged communities that have benefited from the projects to take full ownership of the facilities.

Sarah Nyemah, a women’s representative who was present during the dedication of the Wropluken Clinic, said the clinic would now allow pregnant women to access better care nearby and avoid having to walk more than five hours.

Although the senator said the funds used to construct the various projects were provided by himself, lawmakers in Liberia receive a disproportionately high salary, compared with the income of average citizens. Chie’s office was allotted US$1,498,644 in the 2019-2020 budget.