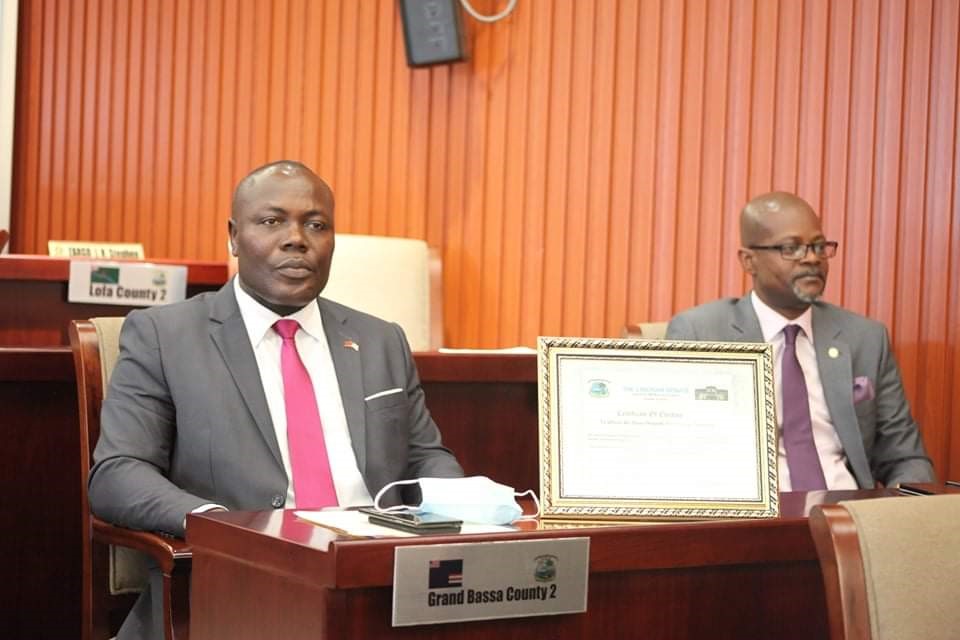 Kaipay’s election comes in the wake of Johnson’s resignation from the regional legislative body.

Speaking at the certification program, the Senate’s president pro tempore, Albert Chie, said Kaipay’s election was a recognition of his proven leadership abilities over the years. Chie challenged the Grand Bassa senator to represent the Liberian Senate and the interest of the Liberian people ably at the ECOWAS Parliament.

Expressing his thanks for being elected by his colleagues to the position, Kaipay also recognized his political party and its leaders: “To my political leader and senator of Grand Bassa County, Senator Nyonblee Karnga-Lawrence and the Liberty Party family, I appreciate the political stage you provided for my ascendency to national leadership and now to our sub-regional body.”

He continued, “I would be remiss if I did not mention, in particular, the great people of Grand Bassa County for their explicit confidence reposed in me. That single seed you planted has grown to become a full-blown seed-bearing tree. ”

The ECOWAS Parliament is a 115-member organization made up of lawmakers from member states. The body aims to forge stronger ties between ECOWAS nations and their peoples. Each state is guaranteed a minimum of five seats and the remaining forty seats are shared based on a country’s population.

Kaipay praised the work of former parliamentarians of the regional body and said the body has the potential of driving ECOWAS to measure up to other regional bodies across the globe.

“It is with this spirit of fostering the vision of our forebears that I assume this noble responsibility,” he said.

Being on the regional parliament often requires lawmakers to be away from the country, but Kaipay assured the people of Grand Bassa that he was still committed to promoting growth and development in the county.

“I do value sincerely my duty, first as senator, elected to serve the people of the county of Grand Bassa, and by extension, Liberia, before any other consideration,” he added.

Sharing
Tags Jonathan Kaipay
Contributions to The Bush Chicken are not tax deductible.