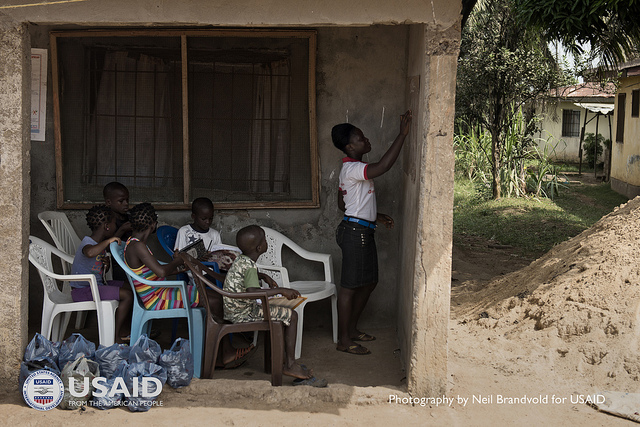 MONROVIA, Montserrado â€“ At a Ministry of Education meeting with operators selected to participate in the Partnership Schools for Liberia initiative, several operators have described alarming situations at Liberian schools that may pose a challenge to starting their work at the beginning of the school year.

The controversial PSL program is being implemented by Minister George Werner to allow private companies to manage public schools, in order to improve the education system.

In an interview in April, Werner said that â€œthere are things that the private sector does very well â€“ management systems, accountable systems â€“ we should leverage this to improve learning outcomes in an accelerated way.â€

However, with one month until school reopens, operators voiced concerns about challenges that may impede their ability to run the schools. The meeting, which was held last Thursday, provided an opportunity for the providers to update the minister on their efforts to verify the schools assigned to them by the ministry. Partnership Schools for Liberia operators and the number of schools assigned. Source: Ministry of Education

A major issue raised by the operators was the apparent discrepancy between the Ministry of Educationâ€™s data on schools and the reality on the ground.

Representatives from operators such as BRAC Liberia, More Than Me, and the Liberian Youth Network reported finding fewer teachers on the payroll than expected. In fact, More Than Me representatives said no school assigned to them had more than two teachers on the payroll. In those instances, community members were paying the salaries of teachers, sometimes through fees collected by parent-teacher associations.

Operators said some of these schools with teachers not on the government payroll had tried working with their district education officers to resolve the issue but found it difficult to convince them.

Besides the discrepancy in the number of teachers, there was also a difference in the number of students. Additionally, operators like More Than Me found that there were not enough desks and although textbooks were present in schools, they had not been opened.

The Liberian Youth Network, on the other hand, found a scarcity of textbooks at its schools in addition to an absence of the official government curriculum. Poor academic recordkeeping was also identified as a problem.

The lack of resources and the discrepancy in the information about the schools was not the only problem operators identified. Rising Academies and BRAC recommended that the ministry do a better job of communicating its program to local education authorities as county and district education officers appeared to have a limited understanding of PSL.

The issue of poor communication has plagued the ministry since the launch of PSL. Much of the earlier opposition to the program resulted from a lack of understanding of the specifics, resulting in assumptions that may not have been true. For example, media outlets incorrectly assumed that parents at PSL schools would have to pay US$6 a month, as Bridge International Academies had been charging in Kenya.

While most of the operators appeared to be willing to overcome the challenges discovered after verifying the schools, Stella Marisâ€™ representatives were unsure about continuing with PSL. At the meeting, they revealed that they had not yet visited their assigned schools, located in Grand Kru and Maryland. They cited conversations with education officers in the counties that revealed that the schools were located in different districts than they were listed in by the Ministry of Education.

“MOE is supposed to give us the correct information,” one Stella Maris representative said. â€œWe’re at the point where it’s becoming difficult to decide to go forward.â€

Besides drastically different information than expected, Stella Maris has a problem with the cost reimbursements being the same for the entire country, emphasizing the increased cost of doing business in more remote regions.

Stella Maris is one of two operators solely based in Liberia, with the other being the Liberian Youth Network. Werner, who appeared somewhat sympathetic to the challenges Stella Maris was facing, noted that “part of the conversation is [that] there are Liberians who are capable of this, why are you giving it to foreigners?” He suggested that the Liberian operators, which may lack the financing capacity of their counterparts, might face greater challenges in the partnership.

But he agreed with Stella Marisâ€™ argument that operators at more remote schools should receive more money per student. â€œYou should give more money to someone running a school in Grand Kru County than someone running a school in Monrovia because itâ€™s a hardship area â€“ difficult to transport things, and all the [other] difficulties,â€ he had said in an interview earlier in the week.

The minister told the operators that the issue of a lack of teachers could be solved more immediately. He said the ministry had â€œalready begun the conversation with the civil service agency.â€ He urged operators to reach into the ministryâ€™s pool of teachers from the teacher training institutes who had been trained but were yet to be placed.

However, he clarified that he had little control over issues relating to renovating schools or providing classroom furniture. Even though the fiscal year began over a month ago, the legislature has yet to approve the budget, and a hearing scheduled for the Ministry of Educationâ€™s budget a day earlier had been postponed. In the many years he has spent working in the public sector, Werner said the government â€œhas never approved of [the] budget on time.”

With all the apparent challenges in implementing PSL, Werner dismissed a proposal for a phased implementation that would see the operators take over for a portion of the school year, emphasizing the need to look at the results for the whole year.

“I’m not surprised by the challenges,” he said. â€œIf we didn’t have a problem, I wouldn’t have called for your help.”