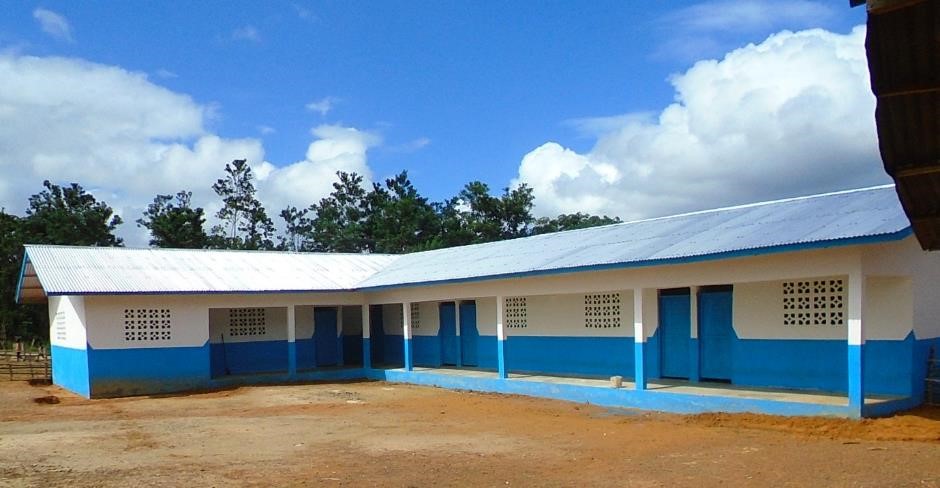 The Liberia Education Advancement Program has seven private organizations operating public schools across the country and was previously branded as Partnership Schools for Liberia. Street Child, which was established in 2008, operates several schools in the southeast.

According to Street Childâ€™s Maryland officer-in-charge, the construction of the US$25,000 school in Old Lady Town came because of the great need the organization saw during a survey it conducted. Sam K. Nyema said the survey showed that the town needed a proper structure for a school.

The previous structure used by the Old Lady Town Public School was constructed of mud and housed 164 students. The new building has six classrooms and offices. The school runs from nursery to grade six and students completing will have to move to Pleebo or Harper to complete their junior and senior high education.

The dedication ceremony was held last weekend and was graced by local officials, chiefs and elders, womenâ€™s groups, youth, as well as students and parents.

For his part, the county education officer, Tehneseo P. Beohdonyen, praised Street Child for the facility and called on the people of the town to protect the building. He said they should see the school as their own and handle it with care.

Also adding his voice was the mayor of Pleebo, Wellington Kyne, who thanked Street Child for extending their arms to Maryland in constructing the facility. He encouraged them to construct more schools across the county since most of the structures in other parts of the county are inadequate for use as school buildings.

The chair of the Parents Teachers Association for the school, Sarah Y. Davis, thanked Street Child for the construction and described the new building as a rejuvenation of the education sector in the town.

â€œStreet Child Liberia has played their part. It is now our responsibility to make sure that this building is clean and maintained. I can assure Street Child Liberia and the county authority that I will work with my parents to set up a committee that will be responsible for maintenance of the building,â€ she said. She added that the six-classroom building would accommodate even more children since many could not go to school because the previous building could not accommodate the number of children in the town.