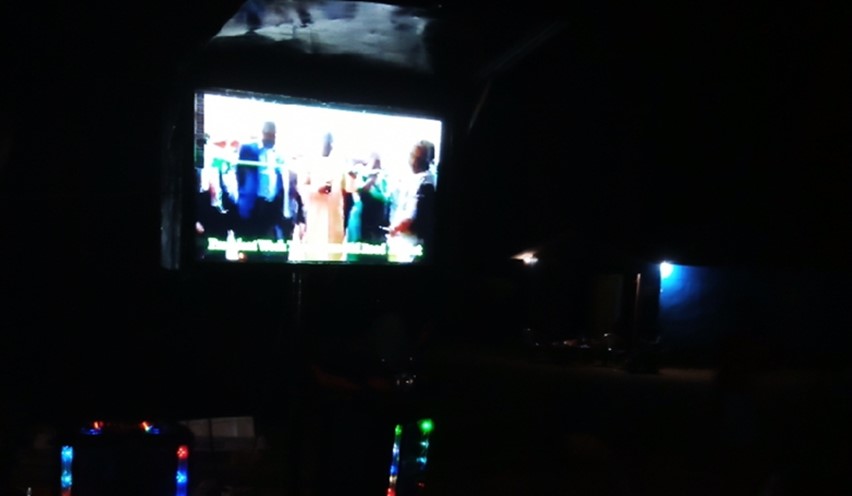 BUCHANAN, Grand Bassa – Two new street televisions are going up in the capitals of Grand Bassa and River Cess, provided by the managing director of the National Port Authority, Bill Twehway, Twehway, a native of both counties, has had the large television screens mounted at key locations in the cities’ main streets.

According to the project organizers, the TVs will allow residents of both counties to effectively follow the government’s activities.

The idea of mounting screens across the cities of Buchanan and Cestos was first proposed by the former Liberian award-winning musical engineer and public relations officer of Buchanan, Steve Tequah.

“With no television in the rural communities to inform citizens about the Pro-Poor Agenda for Prosperity and Development and other national and global unfolding, I deemed it necessary to support the idea to plant these screens in the public for our people to see what the government is doing,” Twehway said of his support to the project.

The first of several 21-inch television screens was mounted in Buchanan at a major street junction within the city center in October, followed by the installation of another in Cestos City on Dec. 21. The televisions and related equipment are being provided by Twehway, and installed by Tequah. 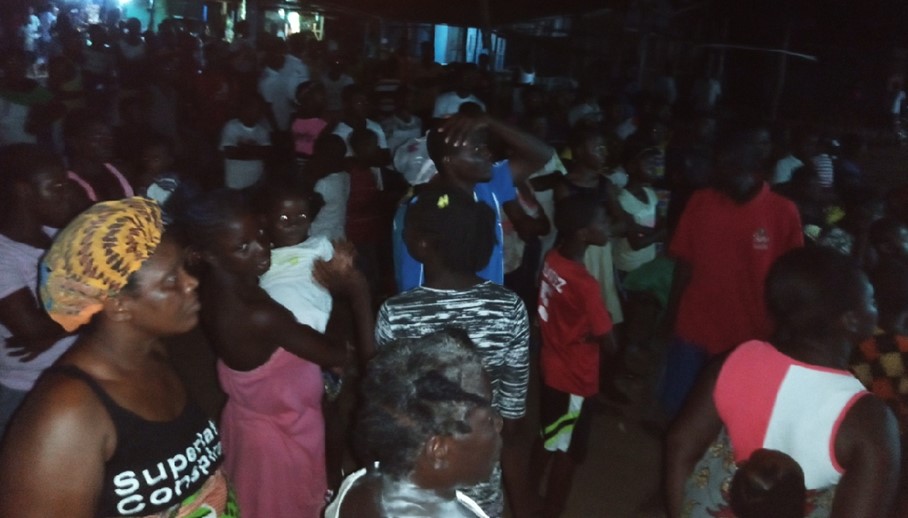 Residents gather before a screen in Buchanan. Photo: Steve Tequah

According to Twehway, the project will buttress the government’s public information efforts.

Twehway noted that his embrace of Tequah’s idea of a public TV system was based, in part, upon a shared interest in broadcasting the government’s activities to the doorsteps of the ordinary people through television, in hopes of erasing negative perceptions in the minds of rural people that government is doing nothing to address their plights.

“We want our people to see for themselves,” Twehway said. “We want them to be on par with those in Monrovia, and in other urban areas. To hear and see what His Excellency Dr. George Manneh Weah is doing across the country.”

Twehway is optimistic that his public TV initiative will help build trust and confidence among the counties’ residents in the government’s ability to deliver basic social services to the people. As a leading member of the ruling Congress for Democratic Change, such optimism does not surprise anyone. However, whether or not the initiative will stair up similar optimism and trust in government remains to be seen.

Since the commencement of their installation across Buchanan and Cestos City, hundreds of residents gather each afternoon between 2 p.m.–10 p.m. to watch the news and other programming designed to inform them about government’s day-to-day activities.

Under the initiative, each of the two counties will receive five 21-inch TV screens. In Grand Bassa, Buchanan and Compound # 3 will benefit initially. In River Cess, Yarba Town, Cestos City, and Cee Town, the home town of Twehway, will also benefit.

“Let me take this time to thank Hon. Twehway for sponsoring this project to mount screens in the streets of Buchanan and Cestos to inform the people about government’s developments. You can see, our people are very happy. Every evening, they come here in large numbers and sometimes we don’t even have seats – they stand. It shows that the people appreciate it,” Tequah said.

“This is why it is good to have innovative leaders in government. Now that you have these screens, the people of both counties will not speculate, as it used to be in the past, because they are seeing for themselves.”

The programs to be played on these TV screens will include developments released and downloaded from the Executive Mansion’s website. Due to the poor internet, bad roads, and communication access in River Cess, the downloaded materials will be dispatched there by motorbike.

Both Twehway and Tequah dream of extending their public TV initiative to other counties, should the Grand Bassa and River Cess pilot show promise. But sooner rather than later, the residents of both counties will themselves be expected to take ownership of the projects, and see it as a mean of following government activities in rural communities.

Citizens and residents of both counties have thanked President George Weah, through Twehway, for this and other projects undertaken by the government in their counties; and are especially grateful that the TV project will help them closely follow the government’s developmental activities across the country.