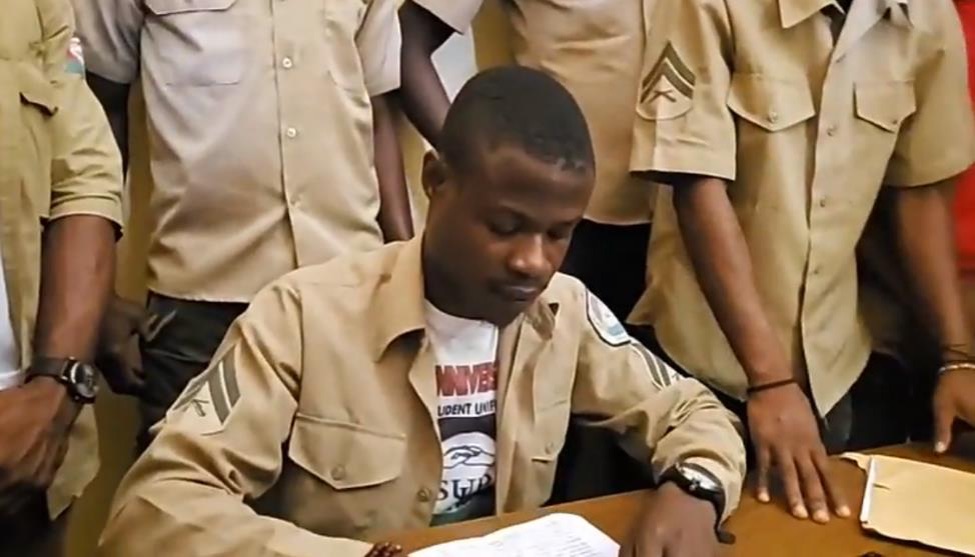 MONROVIA, Montserrado â€“ The University of Liberia-based political movement, the Student Unification Party, has called for a re-run of the recent representative by-election in Montserradoâ€™s 15th district.

Following the conduct of polls on July 29, two candidates in the election, Telia Urey of the All Liberian Party and another candidate, Bishop Slebo Frank, filed separate complaints to dispute results at four and two precincts, respectively.

The National Elections Commission had announced provisional results from 74 of the 94 polling places, amounting to 78.7 percent of the total polling places in the district.

An updated tally announced that Urey has secured 5,573 votes, representing 42.68 percent, while Abu Kamara of the Coalition for Democratic Change obtained 5,417 votes or 41.48 percent.

The new results released by NEC conspicuously reduced Kamaraâ€™s vote count by 98 votes from when the elections body released its first provisional results that placed Kamara in the lead.

On Tuesday, NECâ€™s headquarter was a scene of tension when supporters of the top two candidates gathered to celebrate their respective perceived victories in the election, in the absence of the conclusion of the legal matters.

The Student Unification Partyâ€™s chairman, Carlos Tingban Edison, also convened a press conference to say that his organizationâ€™s investigation shows that Urey won the popular votes. However, he alleged that the NEC chairman, Jerome Korkoya, intends to overturn the results against the choice of the people at the will of the president.

â€œKorkoya is attempting to viciously affirm Mr. Weahâ€™s latest emotional outburst and premature statement that a â€˜Ureyâ€™ will never win any election in Liberia as long as he is the president of Liberia,â€ Edison said.

â€œSuch egregious affirmation does not only disenfranchise the vast majority of our people and threaten our collective peace and security, but it breeds fertile ground for electoral violence and democratic breakdowns.â€

He warned the commission and its chairman to refrain from all forms of electoral manipulations and malfeasance.

â€œIf a clueless soccer star like George Weah can win elections in Liberia, it means that a Urey can also win elections, too,â€ he added.

â€œMr. Korkoya cannot evade the overwhelming democratic decision of the majority in exchange for his tenure position to be renewed. Such malicious adventure is unscrupulous, unpatriotic and unacceptable.â€

According to him, Korkoya would be solely blamed for any post-election crisis. Edison said in order to uphold and protect the countryâ€™s democracy, peace, and security, NEC must re-run the districtâ€™s by-election, with a specific focus on polling centers where frauds were reported.

He also called on the NEC chairman and President George Weah to refrain from meddling into all electoral processes in the district and all future elections in the country, while also calling for the immediate resignation of the current information technology specialist at the commission, as a safeguard against future fraud.

Edison also called for the intervention of diplomatic missions into the ongoing electoral crisis and the deployment of an independent observer group to work with the electoral commission to ensure compliance with best international standards.

Other recommendations presented by the student political party included a call for Korkoya to be removed as chairman of the commission. The party accused the NEC chairman of having a shady past of being used for electoral fraud.

â€œThe height of electoral fraud, manipulation, and malfeasance under Jerome Korkoya since he became chairman of NEC in 2013 is mindboggling, sickening, and counterproductive to Liberiaâ€™s crumbling democracy and fragile peace,â€ Edison said in his statement.

The university-based political movement also threatened to mobilize thousands of students to demand that NEC does the right thing.

â€œWe will courageously struggle and fight against such autocratic pursuit and Mr. Korkoya will be fully liable for consequences thereof. The peopleâ€™s power is greater than those in power. The will of the majority must prevail and be respected at all times. Let democracy flourish throughout Africaâ€™s oldest republic,â€ he added.