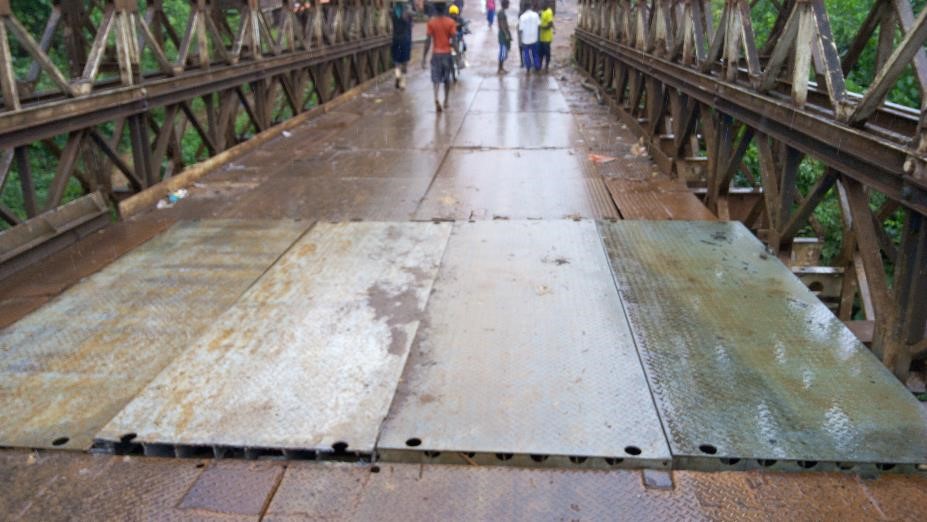 YARPAH TOWN, River Cess â€“ Following 21 days of partial closure of the Timbo River Bridge, one of the logging companies in the county has finished an emergency repair that allows smaller vehicles to cross the bridge.

On the morning of June 6, the bridge became so badly damaged that it was declared unusable by local authorities.

A day later, a makeshift repair was done by MandraÂ ForestryÂ LiberiaÂ Ltd in collaboration with River Cess authorities to allow smaller vehicles to continue supplying the Southeastern counties with basic commodities.

The bridge became further damaged when several heavy-duty trucks were allowed to cross during the night hours.

On Friday, 23 June, River Cess Senator Dallas Gueh told The Bush Chicken via mobile phone that the Liberia Tree and Trading Corporation had agreed to do an emergency repair.

On Saturday, July 1, the work was completed and the bridge was declared open, but only for smaller vehicles. The bridge was declared open, but for smaller vehicles. Photo: Eric Doue

A visit to the bridge on Sunday morning saw several trucks parked on both sides of the bridge being offloaded.

A driver who only identified himself as Mohammed and was traveling to other southeastern counties with 300 bags of 25kg sacks of rice, told The Bush Chicken that truck drivers had been mandated to offload their trucks before crossing the bridge.

“The county inspector told us to offload all of our trucks and cross with the empty trucks,” Mohammed said. “But the way I see the bridge, I can’t even climb on it with even one bag of rice on my truck.” Truck being offloaded to cross the bridge. Photo: Eric Doue

County Inspector A. Trokon Browne told The Bush Chicken that the mandate to offload heavy-duty trucks before crossing the bridge is due to its current condition.

“We have to pass that mandate because the bridge is still not safe,” Browne said. “We are not satisfied with the work, but those hired by LTTC said that’s all they were told to do.â€

He said the new bridge is expected to be built within three months.