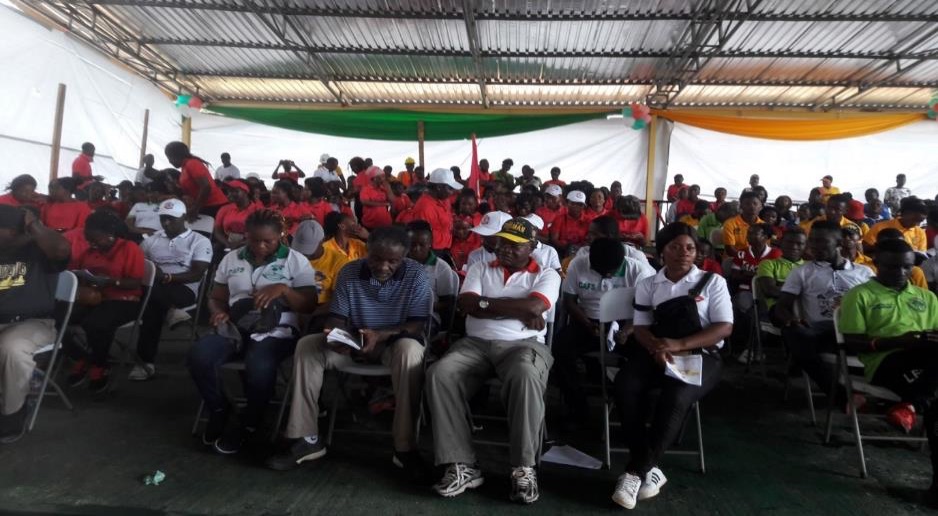 HARPER, Maryland â€“ During a ceremony marking the 10th anniversary of Tubman University gaining status as a university, the universityâ€™s president, Elliott Wreh-Wilson, has threatened to expel students who lead protests on the campus.

â€œI will expel the top four students that will engage in any unnecessary protest that will cause embarrassment for my administration. And thank God Iâ€™m saying it in front of the county superintendent and the internal affairs minister,â€ Wreh-Wilson said. He noted that such protests could scare donors and other international partners who may be interested in supporting the university.

â€œIâ€™m not paying attention to any protest but using my time to look for money for the institution and improving the universityâ€™s campus,â€ Wreh-Wilson said.

He is Tubman Universityâ€™s third president since the institution became a university in 2009. It is the second other public university in the country, after the University of Liberia. TU was originally founded as the William V.S. Tubman College of Technology in 1978 and produced a significant amount of the countryâ€™s civil, electrical, and mechanical engineers.

Elizabeth Davis-Russell, first president of the institution during its university phase, led the remaking of Tubman University. She was succeeded by Edward Wonkeryor, before he was dismissed by Pres. George Weah in early 2018 and replaced by Wreh-Wilson.

Wreh-Wilson said despite the economic challenges the country was facing, he expects students to behave and for the campus of the university to be calm.

Wreh-Wilson also used the commemoration of the universityâ€™s anniversary to appeal to the government, scholarship donors, and other partners to ensure that the institution has increased budgetary support to run smoothly.

He told program attendees that since he took over as president of the university, financial difficulties have made it difficult to operate the school.