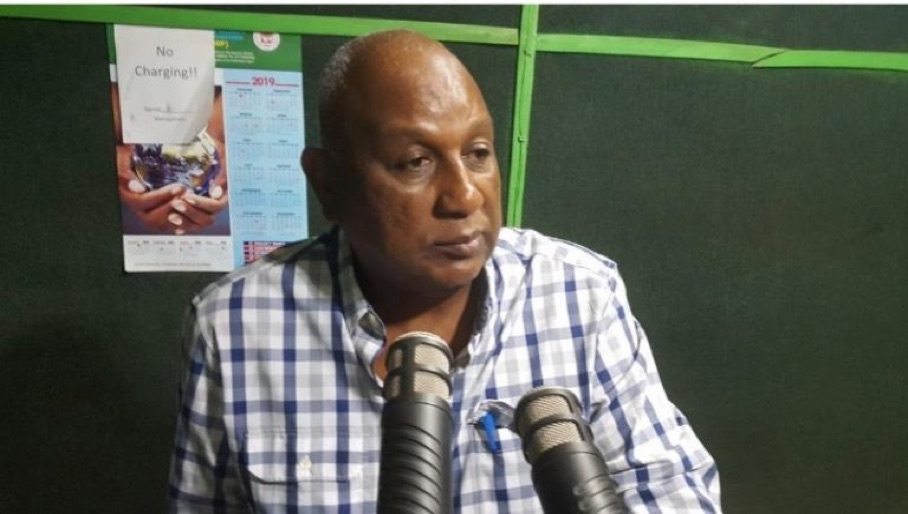 KAKATA, Margibi â€“ With less than nine months ahead of the 2020 midterm senatorial election, Margibiâ€™s Senator Oscar Cooper has announced his re-election bid for the countyâ€™s senatorial seat.

Cooper told a group of women who recently paid him a courtesy call that he had finally made up his mind to contest in the 2020 special senatorial election as an incumbent. He said he would contest as a candidate on the ticket of the opposition Collaborating Political Parties.

â€œWe need people in that Senate that will be able to have the spine, the backbone to stand up and say no to the executive and the president that this is not good for our people,â€ he said.

Cooper thanked the people of Margibi for granting him the opportunity to serve in the Senate for the last nine years, adding that being elected in the 2020 midterm election would be an advantage for the county, owing to his experience in the Senate.

The lawmaker has conspicuously been silent about his interest in re-election until recently. By announcing his intentions only now, he brings to five the number of individuals seeking the countyâ€™s seat.

Compared to other counties, citizens of Margibi have been quiet about the ensuing senatorial election. Despite reports that former House speaker Emmanuel Nuquay could make a comeback, Nuquay has made no public declarations about his intentions but continues to serve as director-general of the Liberia Civil Aviation Authority.

In light of a recent directive by President George Weah instructing all officials in the Executive Branch seeking elected offices to adhere to the National Code of Conduct and resign their positions thirty days following the issuance of the directive, Nuquayâ€™s intentions for the Senate may be known sooner rather than later.

A contest between Nuquay and Cooper could be a contentious Senate race, as Nuquayâ€™s supporters hope the senatorial election would be a comeback moment for the former speaker.

Cooper came to the political spotlight in 2011 when he contested and won on the ticket of the former ruling Unity Party. He was then supported by Nuquay and the countyâ€™s former second district representative, Ballah Zayzay.

Cooper won his Senate seat with 36,138 votes, representing 45.3 percent of total votes cast in the election, followed by former University of Liberia vice president, Ansu Sonii, who is currently the minister of education. Sonii accrued 18,715 votes, about 23.5 percent, in a six-candidate race.

But Cooper was soon criticized by his constituents for a statement attributed to him saying he bought the votes of citizens of the county. The senator has, however, denied making such a statement and has challenged his critics to provide proof.

Cooper resigned from Unity Party in 2015 over differences with the then-standard bearer and president Ellen Johnson Sirleaf. He contested in the 2017 presidential elections as an independent presidential candidate, finishing among the distant losers.

Another win for Cooper in 2020 would extend his stay in the Senate to 18 years.