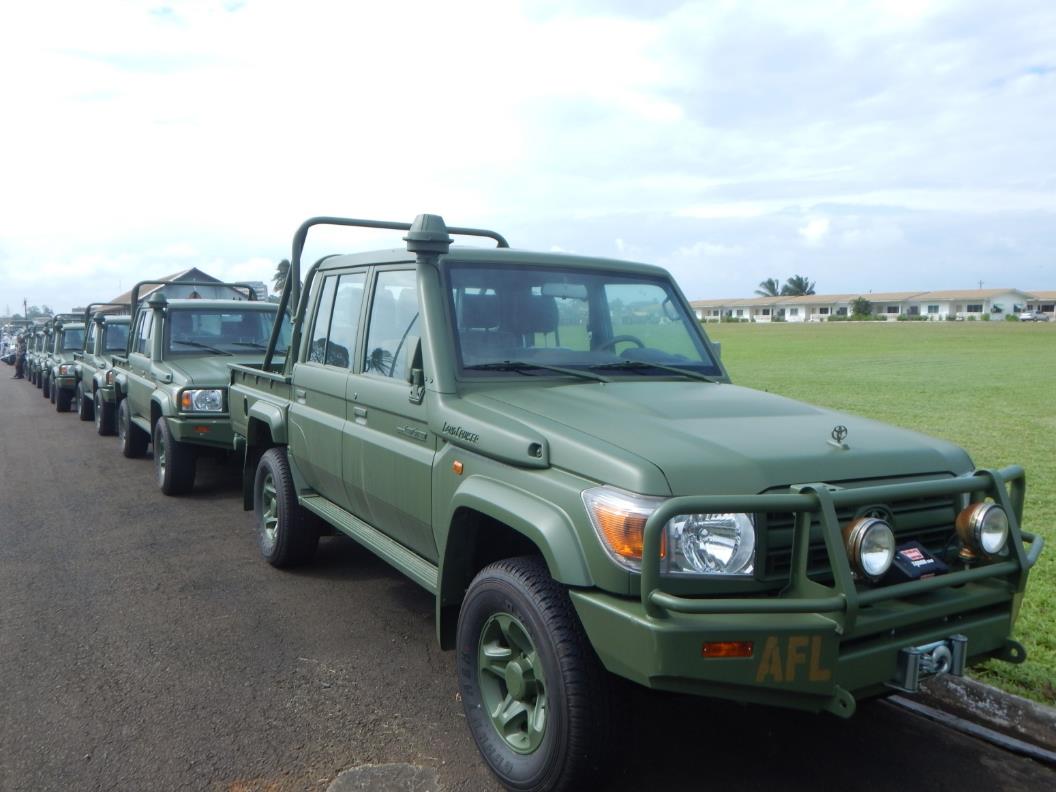 Christine Elder, the U.S. Ambassador to Liberia, noted that her government had a long and continuing relationship with the AFL, pointing out that the U.S. was â€œheavily involved with demobilizing of the old AFL during the end of the civil crisis.â€ Elder explained that following the end of the civil upheaval in Liberia, the U.S. government then recruited, vetted, trained, and equipped 2,000 men and women for the new AFL.

The U.S., long considered a strategic partner of Liberia due to the unique historic ties between the two countries, established Operation Onward Liberty to provide U.S. military personnel to mentor and advise the AFL on building a professional military. The U.S. ambassador said her government would also be providing a 10,000-liter water truck, a 50,000 liter-per-day water purification unit, and a mobile kitchen trailer for the AFLâ€™s upcoming deployment to Mali via the United Nations Multidimensional Integrated Stabilization Peacekeeping Mission.

She said that as the partnership between the two countries moves forward, the embassyâ€™s office of security cooperation would continue to support Liberia in the areas of defense, institution strengthening, engineer support, professional development, maritime security and medical readiness. AFL Chief of Staff Daniel Ziankahn said the donation could not have come at a better time as the United Nation Mission in Liberia draws down.

â€œWe hope that these vehicles and equipment would serve the purpose of the AFL as it is in need of equipment and vehicles,â€ Ziankahn said.

In March of this year, Defense Minister Brownie Samukai had warned that the members of the AFL serving in Mali lacked proper peacekeeping equipment.

Samukai, who was not specific at the time about which equipment the troops required, said that although the platoon is small in size, they are engaged in providing full protection for the military base in Timbuktu and also providing protection for over 2,000 people.