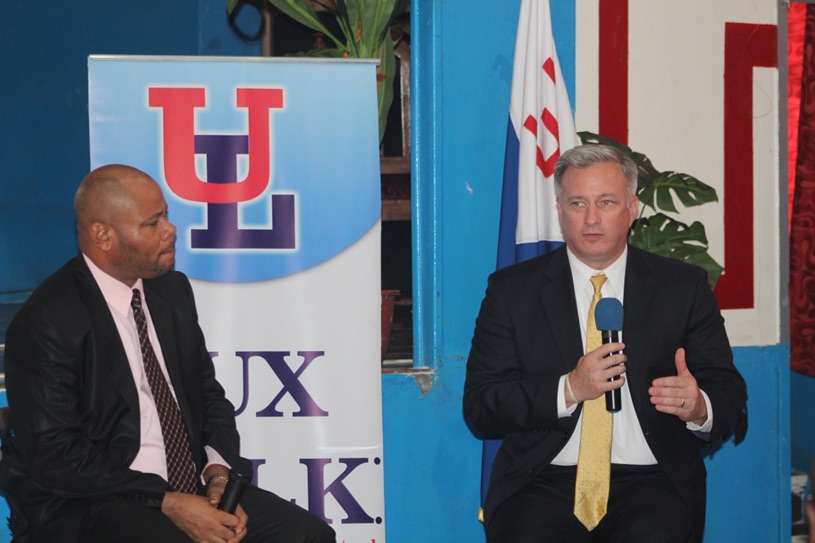 MONROVIA, Montserrado â€“ The United Ambassador-at-Large to Monitor and Combat Trafficking-in-Persons, John Cotton Richmond, has met with a diverse group of Liberian stakeholders to discuss the fight against the crime.

Richmond was on a two-day official visit to the country, where he met with President George Weah, some key cabinet officials, and heads of civilian security agencies. The envoy also met with civil society organizations actively working to monitor trafficking cases to help victims and bring perpetrators to justice.

He then participated in a meeting of the Liberian governmentâ€™s interagency traffickign task force, led by Labor Minister Moses Kollie. The task force is comprised of multiple ministries and agencies.

Richmond ended his visit on Tuesday with a section at the University of Liberia where he shared his experience and discussed the countryâ€™s efforts to address the human rights violations.

During his discussion, the U.S. envoy clarified some misconceptions of the definition of human trafficking. At its core, he said human trafficking is when someone compelled to work or engage in an act of commercial sex, and not the movement of people from one place to another, as it is most times perceived. 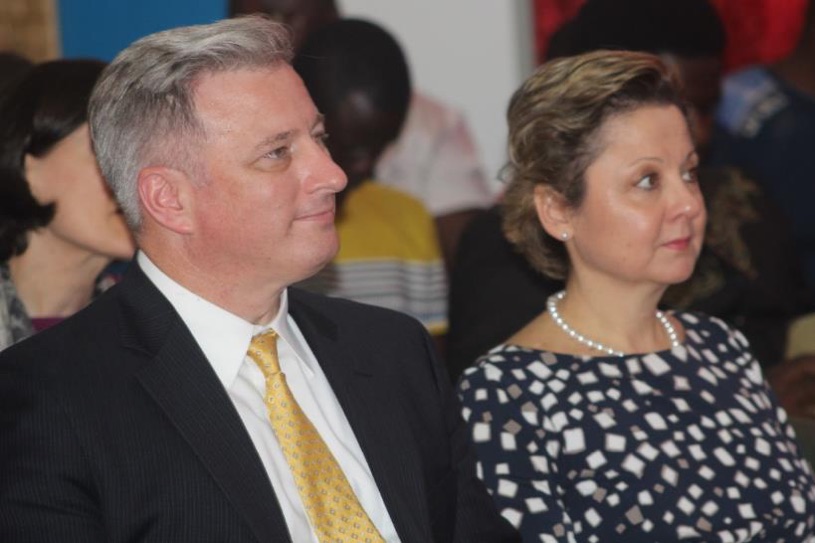 â€œIt is also true in the 2000 U.N. trafficking in person protocol and the law in the United States,â€ he said.

He said Liberiaâ€™s laws attack human trafficking in all its forms, to include labor and sex trafficking of adult and child victims.

According to him, the International Labor Organization estimates that there are 24.9 million victims of human trafficking currently across the globe. The figure, Richmond said, is more than ever before in history. He said the figure is far more than the 12 million people trafficked during the 400 years of the trans-Atlantic slave trade.

â€œThe scope of human trafficking is overwhelming,â€ he said.

â€œMany victims have suffered abuse at the hands of others before being targeted by their trafficker.â€

He said for a variety of reasons, many victims of human trafficking are reluctant to trust the authorities or nongovernmental organization when they finally get help.

â€œTraffickers deliberately work against the justice we seek, so our job is made exceptionally difficult because others profit by making right things wrong,â€ he noted.

Richmond said only two individuals were tried, and one convicted for trafficking in Liberia in 2018.

The U.S. government has made it a point to target human trafficking in Liberia, with a particular focus on children brought from the interior to work in the homes of families in Monrovia.

On July 12, 2019, U.S. Ambassador Christine Elder spoke to students at the African Methodist Episcopal University Graduate School where she painted a familiar but overlooked story of human trafficking in Liberia.

“Recently, an American diplomat joined two social workers as they did a routine assessment of child labor near ELWA junction,â€ she said.Â â€œThey simply walked along the street and spoke with kids selling food, t-shirts, and water.Â In two hours, they spoke with 15 kids.Â Of those, 13 had been transported to Monrovia by an â€˜auntieâ€™ or â€˜uncleâ€™ who had no blood relationship with the child, and who had promised the child an education.Â NoneÂ of them were going to school.Â This is not a large or formal survey, but it probably rings true to many here.Â While it is common and acceptable in Liberia for extended networks of family and friends to take care of children from more rural areas, it should not be common or acceptable for adults to exploit children for their own gain, without any concerns for their welfare or future.”