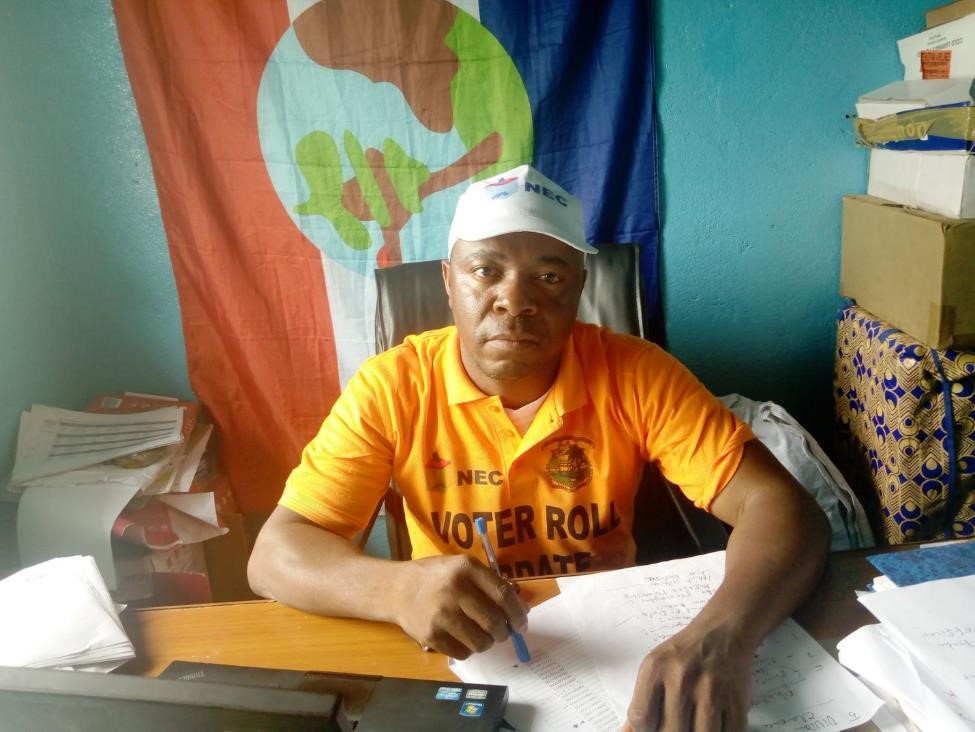 SANNIQUELLIE, Nimba – The magistrate of the National Elections Commission for Upper Nimba has announced that it conducted updates for 26,953 voters to the Provisional Registration Roll during the recently concluded voter roll update process.

The figures still have to be validated by the National Elections Commission’s head office and it does not include voters added from Lower Nimba, but the figure represented 9.6 percent of the total voters on the 2017 final voter registration roll in all of Nimba. It includes voters who went to replace lost cards, transfer to new localities, or register as new voters.

According to the Upper Nimba magistrate, Milton Paye, 62.6 percent of voters participating in the process were males. He noted that his jurisdiction covers Nimba’s first, second, third, fourth, and fifth districts, with portions of the seventh electoral district included.

Paye said the data from the process has been sent to the NEC headquarters. After the data is validated and placed on the Provisional Registration Roll, he said it will be sent back to Nimba for the exhibition exercises, when citizens are encouraged to examine the list for fraudulent voters or other issues. The lists are usually published outside polling places for citizens to see.

“They can also confirm themselves on the roll or correct their names when they observe misspellings,” he said. “So we are calling on everyone to take advantage of the exhibition for us clean the PRR and make it the Final Registration Roll.”

Meanwhile, Paye is cautioning Liberians, particularly young people, to avoid vices that could plunge the country into chaos during the impending Dec. 8 senatorial election.

He said actions exhibited by voters during the electoral period would determine the country’s direction after the election. He added that differences in political ideologies should not push Liberians into acts that will cause violence and reverse the gains the country has made in maintaining peace after years of devastation.

Nimba’s most recent scene of election violence was the September 6, 2020 Collaborating Political Parties primary in Sanniquellie. The event turned out to be chaotic, leaving several properties damage and individuals sustaining injuries because of stones being thrown.

Paye cautioned the public to avoid taking the law into their own hands and to follow all rules in the electoral process.

“Election is everybody business, so if we decide to be hostile and things turn out the other way, we all will feel the heat,” Paye said. “So everything we do should gear towards keeping the peace. We all can support different sides, but it should lead us to conflict.”