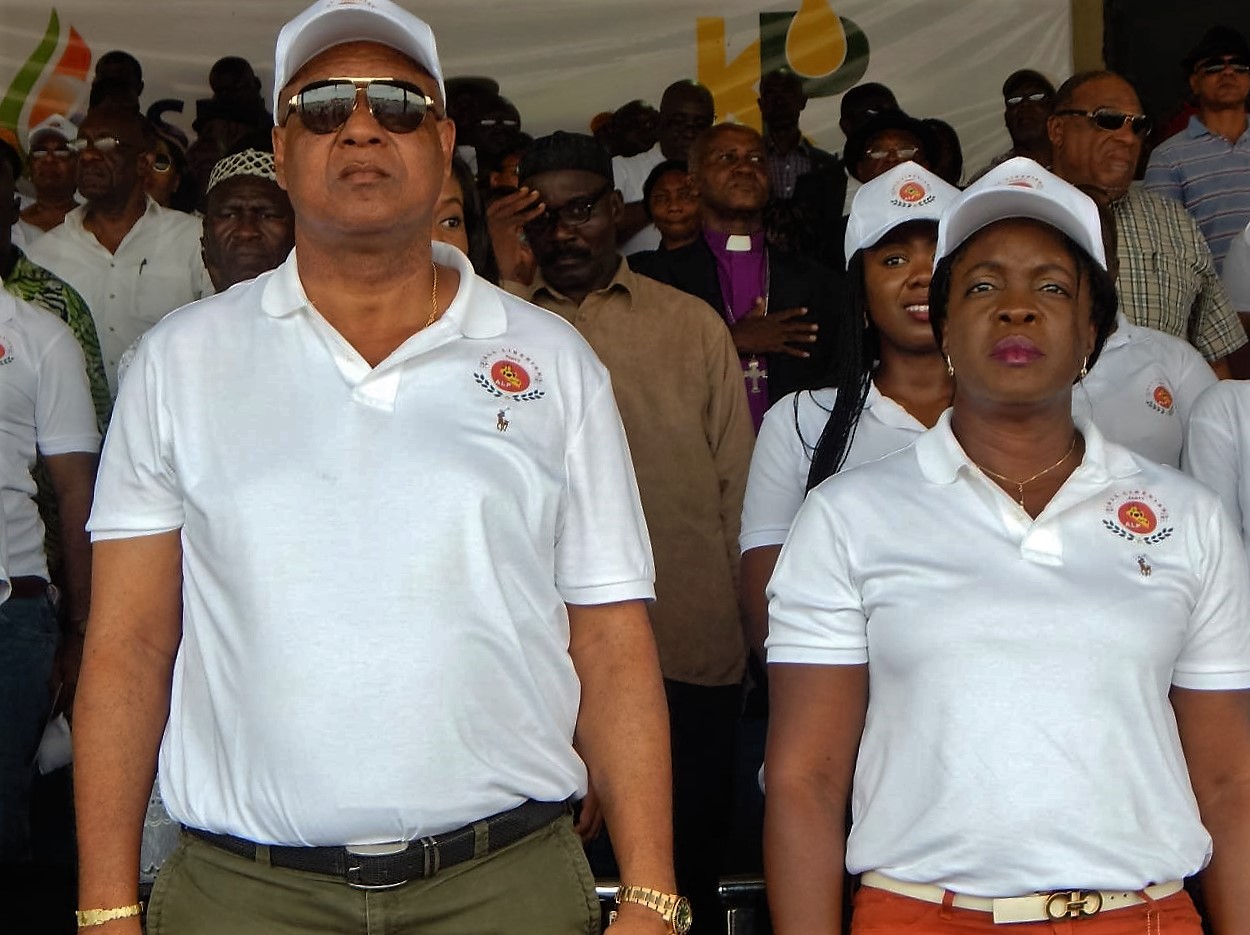 MONROVIA, Montserrado â€“ Businessman Benoni Urey, in the launch of hisÂ All Liberian Party, has vowedÂ that there would be equal opportunity for all if the ALP wins the presidency in the 2017 elections.

The official launch was heldÂ at the Antoinette Tubman StadiumÂ on Nov. 4 and drew a few thousand attendees.

Although the event was advertised to start at noon, it was not until 2:54 p.m. that Urey took to a podium mounted in the middle of the stadium.

Before that, attendees â€“ some of whom arrived as early as 8:00 a.m. â€“ were entertained by cultural and musical performances including one by hipco artist Takun J, who performed his popular song â€œThey Lie to Us.â€ Urey said he was launching the political party with a commitment to uniting all Liberians.

â€œThe ALP belongs to no one man or woman or no select group or a privileged few,â€ Urey noted.

In his statement, Urey mainly sought to portray the new party as a unifying force that would provide opportunities for the poor.

â€œThe ALP government will ensure that all rights including security, social and economic are accorded citizens and friends alike,â€ he said.

This is in stark contrast to a speech Urey delivered earlier this year to fellow Freemasons, in which he called for the secretive Masonic Order of Liberia to once again control politics in Liberia as it did for many decades before the 1980 coup. The crowd of ALP supporters at the Antoinette Tubman Stadium. Photo: Zeze Ballah

Ureyâ€™s speech continued with a populist message of returning the Liberian economy to the hands of Liberians. â€œThe ALP carves a vision that Liberians will control their economy,â€ he said.

He expressed discomfort with the allotment of large swaths of land, oil blocks, and other resources to foreign companies.

â€œIn almost every case, these precious endowments such as lands, buildings, and companies are now the preserves of foreigners,â€ Urey added. He tempered his message by saying that the ALP was not against granting concessions to foreigners but wanted to ensure Liberian involvement in the ownership of those concessions.

Urey said such Liberian ownership would help transition from the current state where the majority of Liberians are at the bottom of the economic ladder while the economy is dominated by foreign elites. In his speech, Urey also recognized â€œthe politics of divisivenessâ€ which he said Liberian politicians were endlessly engaged in. He vowed to avoid dividing Liberians along ethnic, religious, and social lines.

Accordingly, Urey said the ALP would not advocate for Liberia to be a Christian nation and would respect the right to worship, freedom of speech and the right to freely associate politically.

â€œThis is what is required of the ALP to recapture the greatness of the country past – the Liberia of prosperity and international renown whose voice and vision were synonymous with African distinction and redemption and whose hope and message must be felt not by one power alone but for the empowering of the issues of our time,â€ the ALP leader maintained. The event did not initially start out smoothly. As attendees made their way into the stadium, objects were hurled onto the field and ALP’s Crowd Control Unit struggled to get the situation under control.

The crowd forced open one of the gates from the Rally Town Market end as they attempted to make their way onto the pitch. Officers from the Police Support Unit were also on hand to assist the ALP workers in restoring control. Including ALP, there are now 22 registered political parties that have been certified by the National Elections Commission, although that number is expected to increase.