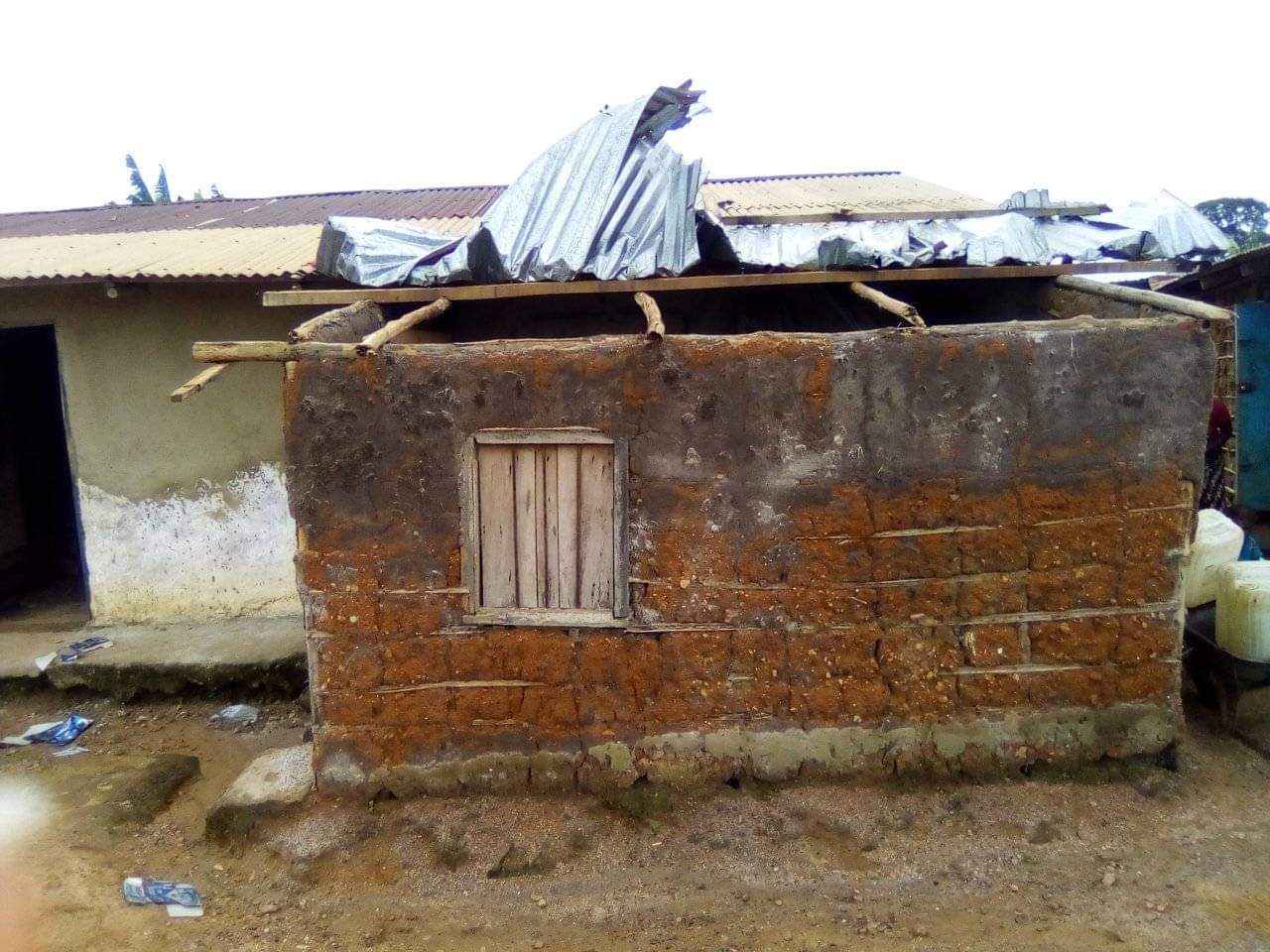 BARCLAYVILLE, Grand Kru â€“ A violentÂ storm has rendered over 60 persons homeless in Barclayville. The victims are currently seeking refuge with relatives amid a directive from health officials for the public to socially distance themselves from others during the Coronavirus pandemic.

The storm took place on the night of April 26 and affected communities such as Seedee Compound, Setor, Camp Three, Topoh, and Wakpenken.

One of the storm victims, Solomon Seedee, said he had constructed his home not more than a year ago, and now he has nowhere to live.

“As Iâ€™m telling you now, some of usÂ are homeless as the result of the heavy storm,â€ said another victim, Wennah Maddee. â€œAnd these are things that we expect our government to prioritize whenever there is a major disaster in the country, but they are playing deaf ears to ourÂ cries. This is not important to them, but they were encouraging us to form part of the voter registration process, this is unfair.â€

She called for the government to address the plight of the victims â€œbecause none usÂ will want to stay at our neighborsâ€™ house for months plus, especially in this health crisis.â€

Jocab Karmbor Weah, the county inspector and head of the countyâ€™s disaster management team, said the team was still compiling a report on the incident. He expressed concern about the storm and promised to provide more information when the report is complete.

Meanwhile, Rep. Fonati Koffa, who represents the countyâ€™s second district, said his office would make US$2,000 available to assist the storm victims.