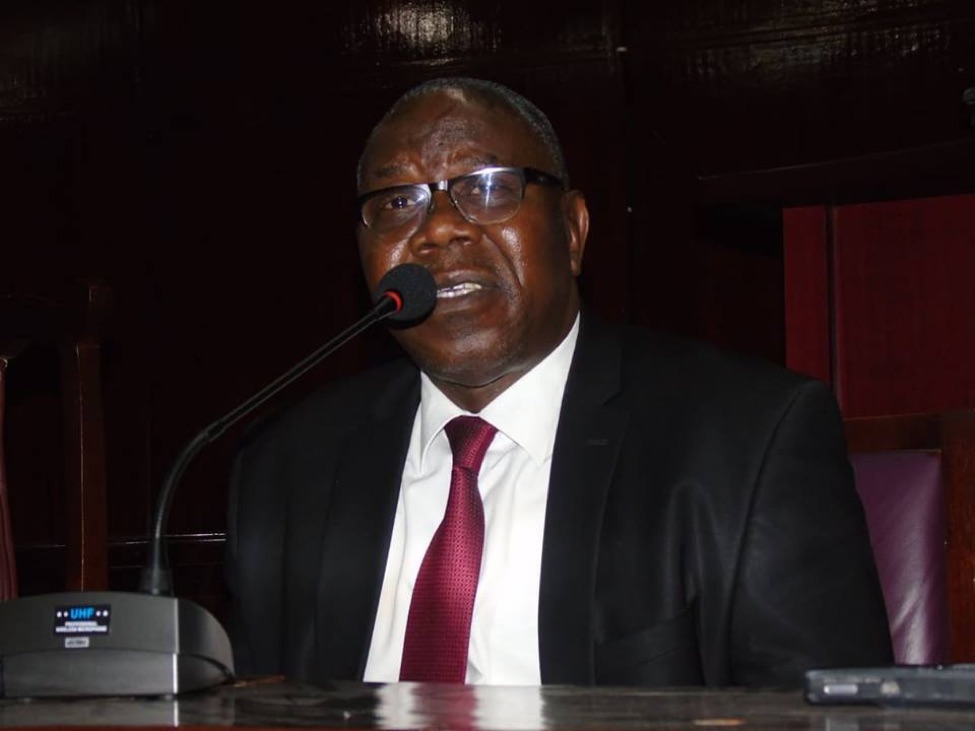 MONROVIA, Montserrado â€“ President George Weahâ€™s nominee to replace former Associate Justice Kabineh Jaâ€™neh to the Supreme Court has accused the court of denying him justice when it suspended him for rendering a judgment in a case while serving as presiding judge of the Civil Law Court.

Judge Yussif Kaba told the Senate confirmation hearing panel on Monday that the Supreme Court denied him due process before deciding to suspend him. Kabaâ€™s comments followed an inquiry from Margibiâ€™s Sen. Oscar Cooper and Montserradoâ€™s Sen. Saah Joseph on whether he has ever been suspended on any act of ethical misconduct that could possibly lead to his impeachment if confirmed for the position.

Kaba was suspended in 2016 along with human rights lawyer Dempster Brown for reversing a decision of the Supreme Court by proceeding with the hearing of a case he was ordered not to adjudicate.

He told the senators that his suspension was predicated upon his decision to adjudicate the case, and not for misconduct.

â€œI was suspended by the Supreme Court of Liberia, not for misconduct but rather a judgment rendered in a case and in that judgment, I was not given due process to be heard. The court proceeded to suspend me because I decided a case that they were not in agreement with on how I decided the case,â€ he said.

â€œFurthermore, I donâ€™t have anything in my closet that could warrant my impeachment.â€

A follow-up inquiry from the two senators to the nominee was overruled by the co-chair of the Senateâ€™s Judicial Committee, Sen. Morris Saytumah of Grand Cape Mount, who presided over the confirmation hearing. The senators were concerned about the nomineeâ€™s personal feelings about Jaâ€™nehâ€™s impeachment and whether he should be held liable for decisions he will make when serving as a justice-in-chambers, as in the case of his predecessor.

The Margibi lawmaker, however, also asked Jaâ€™nehâ€™s successor to explain if he had any issues with the businesswomen who accused him of tricking them while he served at the Justice Ministry.

Kaba explained in his response that he ran a loan scheme for business women and that the issue that existed between them has been settled. He challenged anyone who was still aggrieved to come to the public.

â€œI operated a small business in which I was involved with saving and loan schemes, working with local business women from 1994 to 1996 with a workforce of 20 persons. The loan business was affected by two incidents that took place in our county â€“ the 1995 Meridian Bank and the 1996 war, where our savings were being deposited collapsed, which caused our business to collapse as well,â€ he said. He said all liabilities were settled after the war.

The outgoing presiding judge of the Civil Law Court has, meanwhile, stressed the need for reform in the countryâ€™s judicial system. According to him, the real issue challenging the system is its structure and procedure.

â€œWe have been using this structure and procedure since 1847 and the structure is still in existence, and our population is not what it used to be,â€ he said.

He identified the huge volume of cases and the low capacity to adjudicate them using the old system as a key challenge affecting the system.

He described himself as a liberal legal mind who possesses the quality to understand problems in the judiciary.