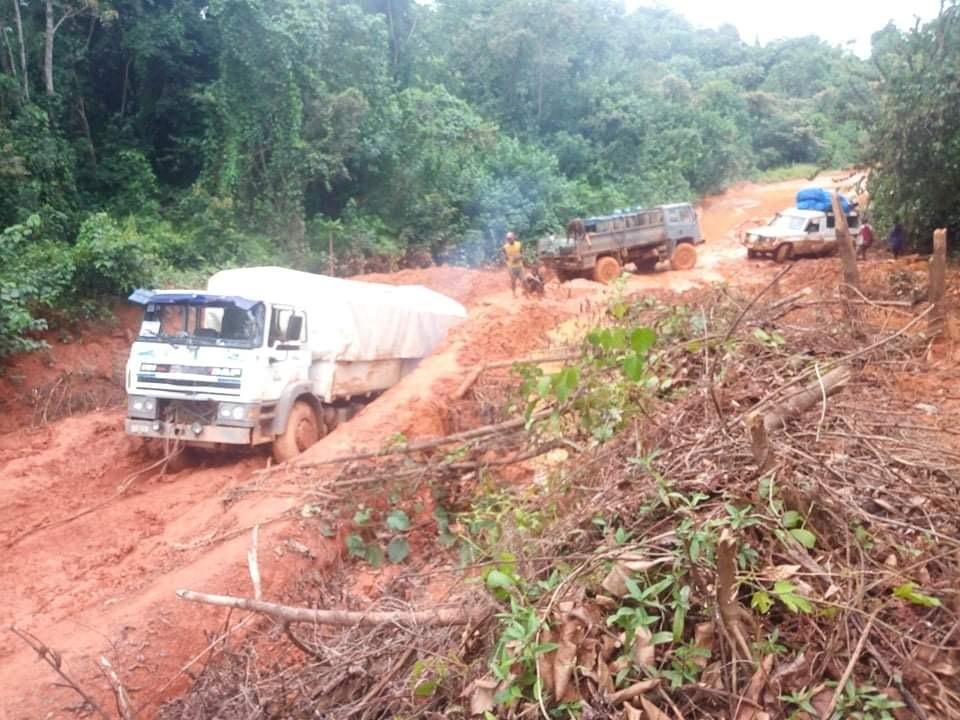 MONROVIA, Montserrado – The United Nations World Food Programme has disputed the government’s claim that it needs US$9 million as administrative fees to implement the country’s COVID-19 Household Food Support Program.

When President George Weah announced a 60-day state of emergency that was later amended to 90-days by the legislature, he also proposed that the legislature re-appropriate US$25 million under the remainder of the 2019/20 budget to support food distribution to households in designated affected counties for the period of the state of emergency. The legislature approved the president’s request, extending the intervention to all counties.

An additional US$5 million loan from the World Bank was also expected to form part of the food funding, making the total amount US$30 million.

Recently, majority members of the legislature voted to recast the budget, although some lawmakers complained that the budget was not well scrutinized. WFP was designated to implement the food distribution, because of its capacity, experience, and expertise in managing emergency relief programs.

The program is expected to provide a month’s supply of food for around 2.5 million of Liberia’s most vulnerable.

Commerce Minister Wilson Tarpeh, who heads the National Steering Committee for the COVID-19 food distribution program, had appeared before the Senate on June 12 to tell senators that WFP had requested US$9 million (30 percent of the total food package) as administrative fees needed to carry out the food distribution.

Tarpeh’s disclosure angered many citizens, including some lawmakers.

Montserrado’s Senator Saah Joseph, an executive member of the ruling Coalition for Democratic Change, wrote on his Facebook page that the amount was unappealing and should not be allowed in a poor country like Liberia.

“This is not free money! It is a loan that we, the people of Liberia must pay,” Sen. Joseph wrote in a now-deleted post.

Sen. Darius Dillon, also of Montserrado and an executive member of the opposition Liberty Party, said pointed out that he and some colleagues in the Senate had tried to get clarification and ensure accountability about the COVID-19 programs, but their arguments were rejected.

On his Facebook page, he wrote: “We particularly requested and at some point demanded from the Executive [Branch], through Commerce Minister Wilson Tarpeh (Head of “Free Food Package”) the following documents for proper scrutiny and input: Food Distribution Contract between the Government of Liberia and the World Food Program, and the details contained therein, a detailed distribution plan (how many bags per person or household); details of the “administrative costs,” etc. Sadly, and even though the Executive failed, refused, and neglected to submit these documents, the Legislature proceeded to hastily pass the budget. And to date, the Executive is yet to submit the contract between GoL and WFP in this regard.”

He added, “Now we are told that out of US$30mil for ‘Free Food,’ nearly US$10 [million] (1/3 or 33 percent) to be used for unexplained ‘administrative costs.’ How does this make any logical sense in the absence of openness and transparency?”

On Tuesday, however, WFP’s Liberia office issued a press statement to clarify information and claims surrounding its role in the implementation of the COVID-19 Household Food Support Program.

The global aid organization clarified that close to six percent of the US$30 million budget will be directed to meeting its minimum costs to deliver its ‘lifesaving assistance,’ in line with international standards across all countries it is working in to deliver aid packages.

According to WFP, the amount constitutes the administrative costs, including allocations toward the support costs of it Liberia country office. Those costs, it said, are directly linked to the execution of the program, such as applicable rental costs, back-office staff costs, and allocations toward the support costs of its Regional Bureau in their oversight and support function, also known as Indirect Support Costs.

“The total budget of the COHFSP is US$30 million, comprising the cost of the food basket (rice, beans, and vegetable oil) as well as costs of storing, transporting, and delivering the assistance to vulnerable households targeted through this program,” the organization said in the statement.

It added that the value of the food is estimated at an approximate total cost of US$20.4 million, pending the final award of all contracts to suppliers.

“The portion of the budget that constitutes the costs of storing, transporting, and delivering the assistance (or operational costs) is estimated at US$7.8 million.”

The release defined operational costs as the cost for in-country transport, costs for cooperating partners supporting the program, food safety and quality control, casual labor services, household enumeration, and registration, among others.

WFP acknowledged receipt of the government’s US$25 million into its account, in line with the Memorandum of Understanding between it and the Central Bank of Liberia and the Ministry of Finance and Development Planning.

“The recast budget was rushed into uncharacteristic passage without required scrutiny and without our votes,” Sen. Karnga-Lawrence said.

“Now reports are emerging about a loan whose authorization is being questioned as well as claims by the WFP that its cost to the government is only about 6 percent, which amounts to US$1.8 million, as opposed to the US$9 million claimed under oath by the minister of commerce and head of the food distribution program,” Karnga-Lawrence added.

She said it would be a serious travesty if Tarpeh misled the legislature.

“And it is sad that all of these could have been cleared up and handled openly, transparently, more accountably, and responsibly by the president and the leadership of the legislature,” she said.

Karnga-Lawrence blamed the current suffering of citizens to ‘blind loyalty, incompetence and partisanship.’

“It’s disgraceful, embarrassing, and shameful for the government to say that the WFP is charging US$9 million for operations and WFP debunks the claim essentially as a lie in stating their charge is only US$1.8 million,” she said.

She revealed that as chair of the Food Distribution Committee in the Senate, the committee has for the second time requested a copy of the contract with WFP and the government, in addition to the food distribution plan for the entire country.

“We expect that we will receive a copy prior to any distribution,” she noted.

“Should we determine that the minister misled the legislature, we will call for his dismissal, investigation, and prosecution.”

2 days ago by George Momo