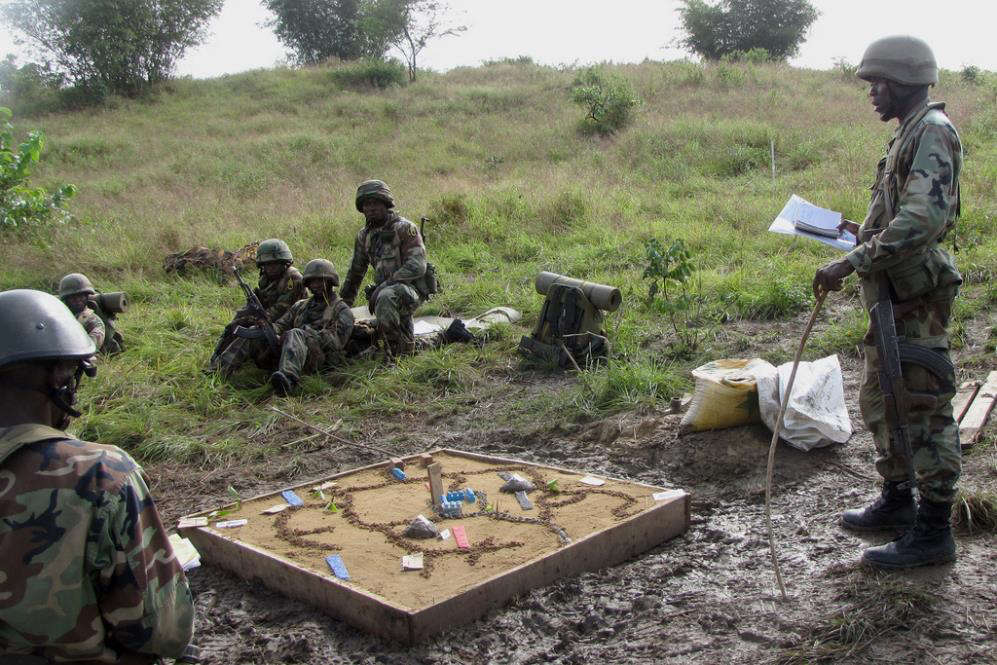 MONROVIA, Montserrado â€“ As the government prepares to begin construction of the military hospital proposed by Pres. George Weah, investigation by The Bush Chicken reveals that the government has released little information about a US$200,000 feasibility study for the facility.

The 14 Military Hospital, which the government has said is named after the number Weah wore when he played for Liberia, will be constructed at the Edward Beyan Kesselly Barracks on the Robertsfield Highway.

A Bush Chicken investigation aimed at uncovering details of the feasibility study suggests that no study may have been done, as officials at various government agencies contacted deflected questions about the study and could not provide any details.

In late March, the government announced that it had appropriated US$200,000 for the hospitalâ€™s feasibility study and soon after, Weah broke grounds for construction of the hospital.

During the groundbreaking ceremony, the president said the government had obtained the plans for the proposed medical facility and arranged the required finances, without providing the specific cost of the facility. While the government did not say the feasibility study had been completed, such information on cost estimates usually comes as a result of the study.

In a recent interview, Samuel Worzie, assistant minister for information services at the Ministry of Information, said the project would be funded by the government and would cost US$3 million.

â€œAn additional US$2 million will be used for manpower and training of personnel,â€ he said. â€œIâ€™m quite sure that the engineering team from the AFL did the feasibility studies for the hospital construction.â€

But Worzie did not have details about the study but suggested that The Bush Chicken reach out to the Defense Ministry. At the Defense Ministry, Sam Collins, assistant minister for public affairs, told The Bush Chicken that he has no information regarding the construction of the hospital.

Collins than deferred to Nathaniel McGill, ministerÂ forÂ StateÂ andÂ presidential affairs. Â When asked about details of the feasibility study, McGill simply responded, â€œYou can quote me, the site is suitable for the military hospital.â€ He provided no other details.

If the feasibility study was conducted by an outside firm, and not internally by members of the Armed Forces of Liberia, as Worzie suggested, public procurement laws require multiple firms to bid on the right to produce the study.

The Public Procurement and Concessions Commissionâ€™s Executive Director James Dorbor Jallah noted in an email to The Bush Chicken that the PPCC was not aware of any request from any government arm to seek a firm to conduct the feasibility study.

Jallah noted that the law provides exemptions for some military and national security equipment. However, it is very unlikely that a building would count as equipment.

Despite the lack of information provided to the public on the feasibility study, the construction of the hospital appears imminent.

The president has pushed for the military hospital even though the Armed Forces of Liberia numbers approximately 2,000 personnel. Moreover, Liberian soldiers have only been deployed in one active combat mission since the civil war, the United Nations Multidimensional Integrated Stabilization Mission in Mali. Since 2013, soldiers involved in the mission have succumbed to one death and eight injuries.

Sharing
Tags George Weah, Ministry of Defense
Contributions to The Bush Chicken are not tax deductible.