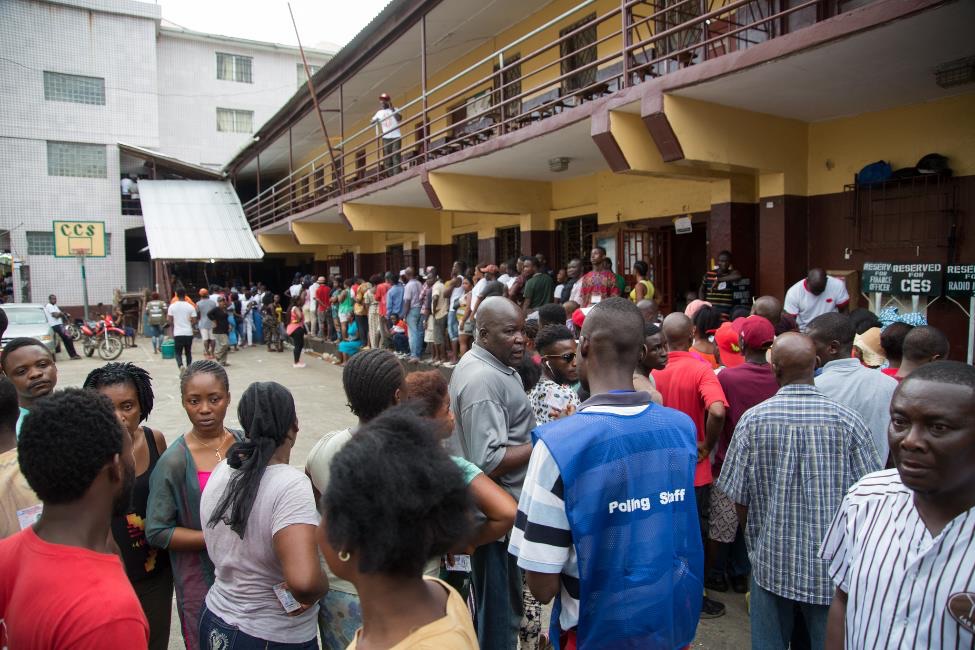 HARBEL, Margibi â€“ During the just-ended Montserrado senatorial by-election, Justin Brooks was excited to participate in the political process and support the candidate of his choice.

He had turned 18 after the 2017 elections, in which he was too young to vote. Brooks, a student at STARZ College of Technology in Monroviaâ€™s Airfield community, even went as far as forming a group to support the Coalition for Democratic Changeâ€™s Paulita Wie.

However, he would soon come to find out that his constitutional right to vote would be violated due to a quirk in how the National Elections Commission conducts its voter registration. NEC only conducted a replacement of voter registration cards for those who lost or damaged existing cards â€“ the agency did not register any new voters.

â€œIt pains me as a college student [that] I just canâ€™t vote because I did not register over two years back,â€ Brooks explained. â€œI thought it was my best time to make a national decision when I was informed by workers of the National Elections Commission that because I didnâ€™t vote in 2017, I cannot vote in the by-election.â€

He wants a change in the electoral laws that will allow voters in similar situation as him to freely exercise their rights to vote.

In nearby Margibi, others who have followed recent by-elections in other counties closely want NEC to allow newly eligible voters to be allowed to vote, should a by-election occur.

Matthew Daniel, a resident of Disco Hill, a community along the R.I.A. Highway, wants a change in the electoral law to enable such voters to regain their rights.

â€œThe last time we had voter registration in this country was 2017,â€ he said. â€œIs the NEC saying that those who didnâ€™t reach voting age in 2017 will not vote in any by-election? Are you telling me they have to wait for over five years before they exercise their political franchise? I think it is unfair and there is a need for an adjustment in the laws governing elections in this country.â€

Nowah Jensen, a 20-year-old Margibi resident said she would be angry if there were a by-election in her district or county and she could not vote.

â€œSo, after passing two years of the voting age, I will be denied just because I didnâ€™t register in 2017 because I never reached the age?â€ she said. â€œYou know how many of us will just be spectators in our own county? This is so bad.â€

Nowah vowed to support a referendum that will qualify voters who were not eligible to regular elections to vote when there is a by-election.

Liberiaâ€™s elections law requires the National Elections Commission to carry out voter registration â€œperiodically,â€ however, this term is not precise enough.

During the 2017 elections, international observers noted the need for change to the voter registration system. They recommended using theÂ nascent National Identification RegistryÂ for NEC to use in obtaining its voter roll. The European Unionâ€™s mission specifically noted that the current system had denied citizens the right to vote because they turned 18 after the closure of the voter registration period.

â€œSuch gaps have the potential to discourage youth engagement,â€ it said.

With the current system, NEC sets a limited period before each election for voters to register. Unlike with the National ID cards, the current voter registration cards are handwritten, and individualsâ€™ biometrics are not captured and stored electronically. Moreover, because of the limited timeframe, and because of the manual nature of the work to create the voter ID cards, there is a higher chance for errors or mistakes. It is also easier to forge the cards.

The majority of Liberiaâ€™s political parties have voiced support for a move to a continuous voter registration system like that of the National ID Registry.

However, NECâ€™s chairman, Jerome Korkoya, said the registry would not be appropriate for future elections because it has not yet been tested in any exercise. The 2020 senatorial elections are a year away and there are no announced plans to begin testing using the registryâ€™s data.

However, Swaray said during the special senatorial elections in 2014, new voters were allowed to register.