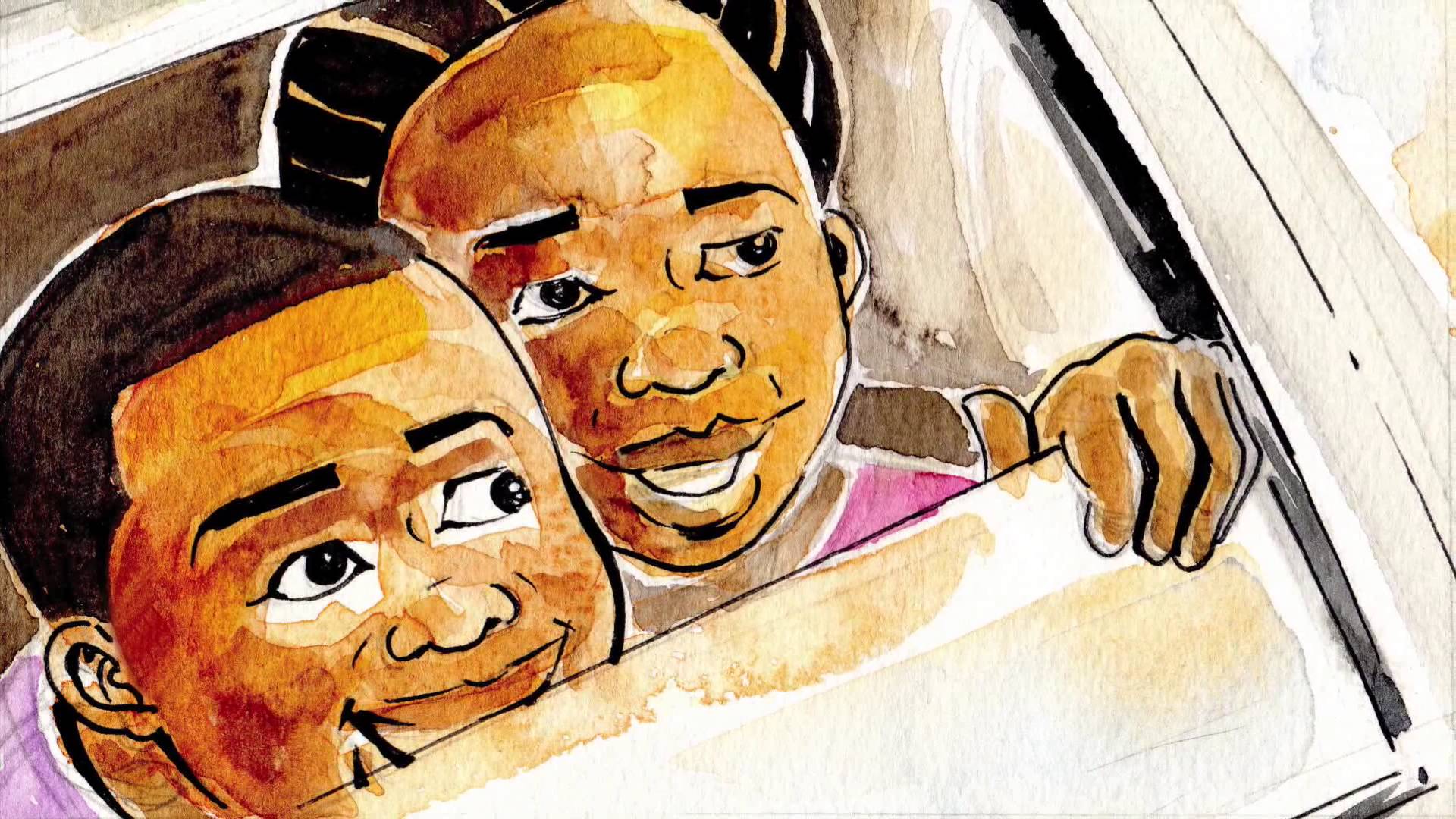 Corruption has become the real stuff of public discourse and everyday practice in many African societies, implicating both citizens and subjects, both public and private life. During the course of a recent fieldwork in my native Nigeria, I was repeatedly struck by the extent to which corruption was the subject of so many rumors, stories, and discursive production. The ubiquitous nature of corruption, arguably, makes it a â€˜cultureâ€™ of some sort, and as such it is easily taken for granted in its everydayness.

Yet, as the latest African edition of the Global Corruption Barometer shows, ordinary Africans, particularly the poor, are burdened by corruption when trying to get access to key basic services in their country (22 percent of people who have come into contact with a public service in the past 12 months paid a bribe). Across the continent, it was found that poor people who use public services are twice as likely as rich people to have paid a bribe, and in urban areas they are even more likely to pay bribes. The consequence is that everyday corruption saps the legitimacy of the state and its institutions in the eyes of the poor and dispossessed.

It is against this backdrop that a new childrenâ€™s storybook Gbagba, published by One Moore Book in 2013 and authored by Liberian academic and activist Robtel Neajai Pailey, is very timely. Robtel refreshingly re-engages with the public discourse, rumors, gossips, and local idioms of corruption in her native Liberia in a way that strips it of its taken-for-granted-ness in popular discourse, and subjects it to a much more rigorous analysis.

Unlike many academic and journalistic accounts that focus tendentially on high-level corruption and its adverse effects on African political economies, Robtelâ€™s Gbagba expands the focus of corruption to interrogate its embeddedness in social life and routine forms, with which ordinary Liberians are extremely familiar because they come into contact with it, exploit it, resist it, or become its victims on a daily basis.

Gbagba is illustrated by Liberian visual artist Chase Walker through the imaginative consciousness of twin children, Sundaygar and Sundaymah, who â€˜interrogate corruption in many waysâ€™ during the course of a journey from their home in the Liberian port city of Buchanan to the capital Monrovia to visit their aunt and uncle. Through these characters, Robtel draws attention to the increasing role of popular imagination in fabricating social lives and lived realities in Africa.

In the book, Sundaygar and Sundaymah recall gbagba as â€˜trickery,â€™ a local Bassa word used by their parents to describe â€˜lying, cheating, and stealing.â€™ The word gbagba captures the complexity of corruption in situ and underscores its banality in Liberian society. As Robtel herself points out, gbagba is â€˜a facet of everyday interactionsâ€¦ it happens in every single sector of Liberia.â€™ Here, Robtel challenges the reduction of the meaning of corruption to a narrow and simplistic misuse of public office for private gain.

The implication is that any serious discourse of corruption in Africa, or even the public sphere, must engage with the â€˜blurred boundariesâ€™ between the public and the private, the grand and the everyday, the social and the personal.

It is striking that Sundaygar and Sundaymahâ€™s first real experience of gbagba is on the road en route to Auntie Mardieâ€™s house, in the car with driver Opah:

When the traffic finally moved forward, Opah drove right to the police officer at the junction. â€œIâ€™m very thirsty,â€™ the police officer said standing between the cars. â€œI want some cold water today in this heat.â€ Opah rolled down the window slowly and held out his hand. Sundaymah and Sundaygar both noticed the clean 100 Liberian dollar bill, which the police officer put in his pocket quickly. He waved Opahâ€™s car through the traffic in a lane that was not there before.

The excerpt is dense in meaning. First, in many African countries, bribery is most palpable in the transport sector, particularly road transport where humor and dreams coexist with pathos and existential angst.

Second, the excerpt shows that Opah initiated the bribe act when he â€˜drove right to the police officer at the junction.â€™ This agency of the ordinary man (in this case, the driver) appropriating corruption to â€˜find a wayâ€™ out of a difficult situation (i.e. out of traffic gridlock) is often muted in many accounts of corruption in Africa.

Moreover, Opahâ€™s initiation of the bribery act reflects the ambivalent complicity in many African societies where corruption implicates both citizens and street-level bureaucrats, and where people reproduce the very corrupt practices that they bemoan. Yet, most writings on corruption maintain a weird silence on the â€˜supply sideâ€™ â€“ that is, people who want to influence the public official to their own advantage.

Third, the excerpt underscores the embeddedness of corruption in local idioms and interactions. In the case above, the language of bribery is coded as cold water to quench a â€˜very thirstyâ€™ traffic police officer. Such metaphors of corruption as consumption are not unique to Liberia.

In my native Nigeria, corruption is often represented as a â€˜national cakeâ€™ for â€˜choppingâ€™ (eating) among office holders. In Francophone countries like Niger, Senegal and Benin, corruption is familiarly registered as manger (to eat) or bouffer (to devour). It is said of the embezzler that he has mangÃ© la caisse ou lâ€™argent (â€˜eaten the till or the moneyâ€™) or that he is un mangeur dâ€™argent dâ€™autrui (â€˜the devourer of other peopleâ€™s moneyâ€™). The Dendi expression dii ka dan me literally translates into â€˜take that and put it in your mouthâ€™ and means â€˜thatâ€™s your share.â€™ In Congo DRC, terms like kukata milomo (â€˜to cut the lipsâ€™) or ya sucre, ya cayi (â€˜for lemonade, for teaâ€™) are popular idioms for corruption. In Lumumbashi, the image of eating is used to designate the embezzling of funds: Il a tout bouffÃ© (â€˜he has eaten it allâ€™). Robtelâ€™s Gbagba therefore establishes the need for Africans to unshackle themselves from what Ngugi wa Thiongâ€™o calls a â€˜linguistic prisonâ€™ when engaging with the â€˜corruption complexâ€™ in Africa.

In writing Gbagba, Robtel hopes to start a long overdue â€˜national conversation about how corruption affects us negatively â€“ politically and socially.â€™ To this end, she has been very effective in marketing the book, which has been featured in the New York Times, Voice of America, VoxAfrica, the BBC, NPR, ENCA Television (South Africa), Channels TV (Nigeria), and on Liberia news media such as the Bush Chicken, Liberian Observer, Power TV, UNMIL Radio, etc.

A sequel to Gbagba will be published by the original publisher â€“ One Moore Book â€“ in 2017.Â  Robtel hopes to take both books to regional markets such as Nigeria, Ghana, South Africa, Rwanda, Kenya, and Egypt, in the first instance. She has also commissioned a song and video adaptation of the book titled â€˜Gbagba Is Corruption,â€™ partnering with Liberian recording artist, songwriter and activist Takun J, and funded by the Open Society Initiative for West Africa (OSIWA). The chorus of the song is telling: â€˜Say â€œnoâ€ to corruption â€“ youâ€™ll be all right.â€™Â  Yet, it leaves me wondering whether the ordinary Liberian (child or adult), indeed African, can really be â€˜all rightâ€™ when they â€˜say â€œnoâ€ to corruption,â€™ especially in a post-civil war context like Liberia where the pangs of rebirth are still felt and where corruption literally fights back!

Featured photo by One Moore Book.Â This piece was originally published inÂ Oxford Development Matters, a magazine of the Oxford Department of International Development at Queen Elizabeth House.