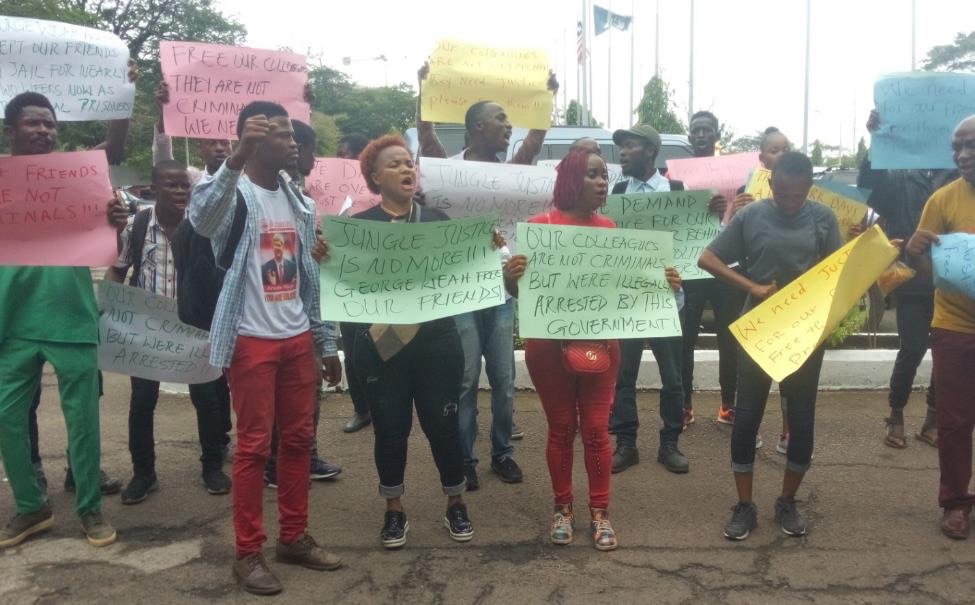 MONROVIA, Montserrado â€“ The Monrovia City Court has released 13 of the 21 riot suspects from the Monrovia Central Prison following a protest at the Temple of Justice and a challenge from defense lawyers.

The political leader of the Alternative National Congress, Alexander Cummings, had joined the group of students who were demanding their colleaguesâ€™ release on Wednesday.

Speaking to reporters, Cummings said he had visited the court to provide support to the students that are behind bars. He said the students were being held behind bars because of political reasons. Cummingsâ€™ statement comes after one of the lawyers for the arrested students said he thought senior government officials were intimidating insurance companies to prevent them from issuing bonds to secure the release of the students.

â€œWe will not encourage this government to start keeping political prisoners at various prison centers and weâ€™ll not sit and see our country going on that trend,â€ Cummings said. â€œTherefore, Iâ€™m here at the Temple of Justice to show support to [the] suspects behind bars.â€

Also joining Cummings at the Temple of Justice was the national youth chairman of the Unity Party, Alphonso Belleh, who accused Montserradoâ€™s County Attorney Edwin Martin of masterminding the prolonged detention of the suspects.

He said Judge Kennedy Peabodyâ€™s action to transfer the case without the consent of defense counsels led defense lawyers to file a ten-count petition against Peabody at Criminal Court A.

â€œThe action of the judge to connive with Montserado county attorney Edwin Martin shows that this case has some level of politics playing around it and it is coming from the executive branch of government,â€ he added.

â€œSince they want to play politics with our colleagues that are behind bars, we will go both political and legal so that this case will reach its logical conclusion in the shortest possible court term.â€ 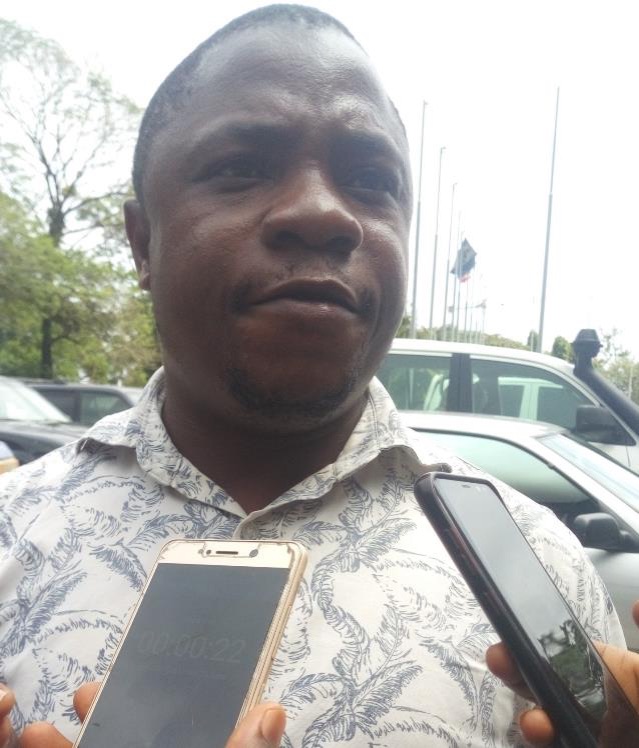 Alphonso Belleh, national youth chairman of the Unity Party and leader of the protest at the court. Photo: Miama Morine Pewee

Defense lawyers said the procedure adopted by Peabody to transfer the case is unusual and they were not notified about the prosecutionâ€™s application for the case to be transferred.

They also alleged that Peabody had deprived the suspects of the opportunity for preliminary examination, in violation of the Criminal Procedure Law.

Defense lawyers are asking Criminal Court A to reverse Peabodyâ€™s decision. After going through the petition, Judge Willie sent the case back to the Monrovia City Court and ordered Peabody to reassume jurisdiction.

Subsequently, 13 of the defendants were released on bail. Belleh, the Unity Party national youth chairman, told reporters that the remaining suspects were not released from detention due to misspelled names. He expects that they too will soon be released.