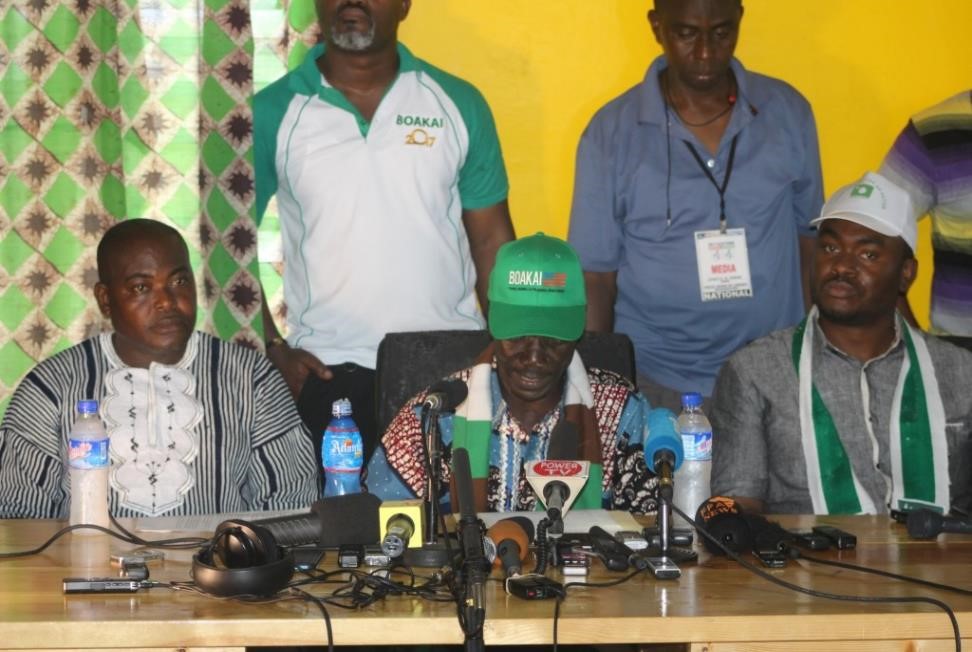 MONROVIA, Montserrado â€“ Suspended Unity Party chairman Wilmot Paye has filed a new petition to the Civil Law Court for a declarative judgment. Paye was suspended by the Unity Party National Executive Committee on January 21 for holding a press conference asking members and supporters of the party not to participate in the January 6 protest organized by the Council of Patriots.

His decision, according to the National Executive Committee, was unilateral and did not represent the view of the party.

He had earlier petitioned the Supreme Courtâ€™s Justice-in-Chamber Yusif Kaba on February 1 for a temporary writ of prohibition against his suspension, claiming that the executive committeeâ€™s decision was illegal and politically motivated. He also argued that his decision as chairman to ask partisans to stay off the street on the day of the protest did not, in any way, violate provisions of the partyâ€™s constitution.

Paye was elected chairman for six years, a period set to expire in 2022.

He said his suspension was also marred by fraud, and the party leaders are subjecting him to a bogus investigation after they made â€œunlawful public utterancesâ€ accusing him, without respecting his right to a due process.

He further stated that the court is the only place for remedy in case of injuries inflicted by others as in the case of the partyâ€™s executive decision.

â€œWherefore, and in view of the foregoing, [the] petitioner prays your honor to declare his rights in the unconstitutional decision that was taken by the executive committee against him,â€ the petition read.

Justice Kaba has since met with both parties and was expected to make a decision when Paye withdrew his petition and filed for a declarative judgment to the Civil Law Court on Thursday.

After Paye filed the new petition, Civil Law Court Judge Peter Gbenewelleh has called for the Unity Party executive committee to appear and answer to the allegations levied against them.