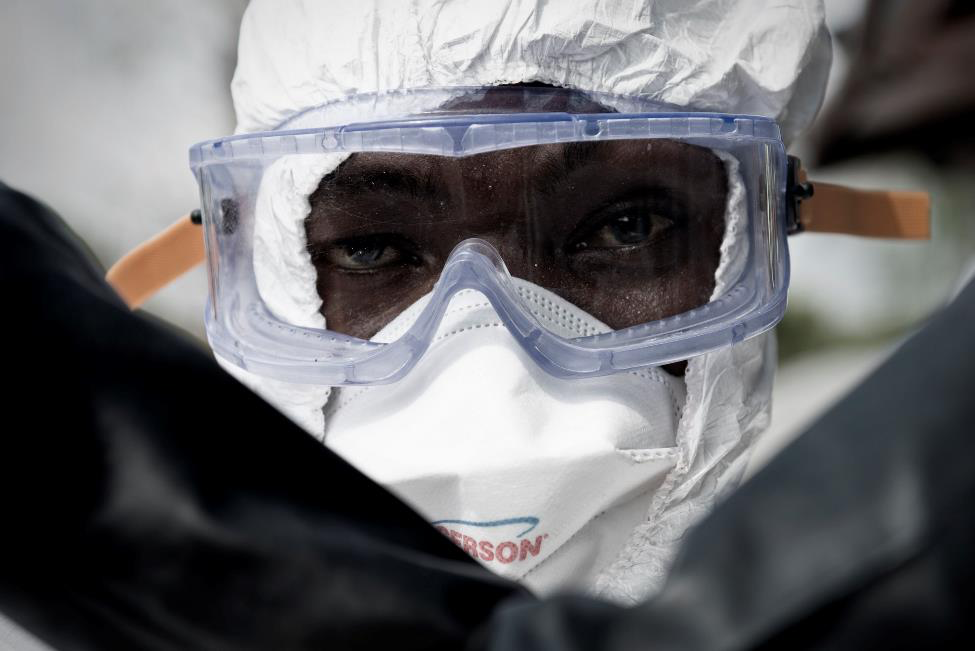 Benoni Urey, the standard bearer of the All Liberian Party, has been on a light blitz of international media outlets, including a recent opinion piece published in the Washington Post. However, it is statements made in a July 2017 interview with Forbes that has aroused the need for fact-checking.

In response to a question about why he deserves Liberiansâ€™ votes, Urey cited his patriotism and his â€œrooted love of Liberiansâ€ as a key reason why Liberians should hand him the keys to the Executive Mansion.

Did Ureyâ€™s team treat over 5,000 people during the Ebola epidemic? And if so, was that number more than what the government and international community treated combined?

Where does Urey get the figures?

In the interview, Urey appears to be referring to the work done by his private U-Foundation, which was established during the Ebola crisis and assisted quarantined individuals.

Mae Urey, the chairperson of the U-Foundation, told The Bush Chicken that the organization treated 6,534 patients, noting that â€œonly three deaths were recorded.”

The organization rallied support from friends in the diaspora to cater to quarantined individuals and those who came in contact victims in their homes. The goal, Mae said, was to work with community organizations in identifying suspected, probable and confirmed Ebola cases in communities in Lofa, Nimba, Margibi, Montserrado, and Grand Cape Mount. Mae Urey is the chair of the U-Foundation. Photo: Zeze Ballah

Mae said the U-Foundation recruited medical students from the A. M. Dogliotti School of Medicine and registered nurses from the Liberia Nurses Association to assist with their mission.

â€œThe medical students were responsible for analyzing the bio and medical data collected from patients while the nurses were responsible to handle medication, provide patient care, awareness and collaborate with social workers in identifying locations of probable, suspected and confirmed Ebola cases,â€ she added.

Many of the students were also helping distribute food and other supplies provided by the World Food Programme.

Corroborating Maeâ€™s statements was Bill Patrick Davis, one of the several medical students who worked as a supervisor with U-Foundation during the Ebola crisis.

Mae maintained that the organization did not establish any treatment center, adding that a significant amount of funds and in-kind contributions were spent on logistical support.

â€œApproximately US$150,000 was spent by the U-Foundation between July to December 2014 on gasoline, generator and vehicle maintenance,â€ she said.

What are the figures from health authorities?

There were 10,675 suspected, probable, or confirmed cases of Ebola by March 30, 2016, when the epidemic had finally subsided. Additionally, a total of 4,809 deaths had been recorded, according to the World Health Organization.

Tolbert Nyenswah, head of Liberiaâ€™s Incident Management System during the outbreak, published an academic article co-authored by other prominent figures from the health sector.

He said the principal organizations working with the Ministry of Health to provide care for Ebola patients were MÃ©decins Sans FrontiÃ¨res and Samaritanâ€™s Purse. Samaritanâ€™s Purse withdrew after several of their staff members became infected with the virus.

If the U-Foundation had more impact than the government or international partners, Nyenswah likely would not have omitted to mention them as one of the principal organizations providing care.

Additionally, the United Nations Population Fund published a press release that noted the key role that monitoring potential contacts had. While we could not find a figure for the total number of unique contacts monitored during the period, UNFPA noted that on October 29 alone, 6,823 contacts had been monitored.

Such monitoring would include providing advice on how to stop the spread of the virus, supporting with key food and supplies to prevent the need to mix with the general population, and referring to an Ebola Treatment Unit if conditions worsened â€“ similar work to what the U-Foundation was doing.

Checking the facts on Ureyâ€™s claims brings to light details of one of the larger private efforts to stop the epidemic. Ureyâ€™s name is not usually mentioned in the list of people and organizations that helped to defeat Ebola, but he rightly should be. Unfortunately, Urey has shown a tendency to exaggerate and it shows in his two claims about the U-Foundationâ€™s efforts.

Claim one: Ureyâ€™s team treated over 5,000 people during the Ebola epidemic.

Ureyâ€™s team seem to have provided crucial support to 6,534 people during the epidemic, but the vast majority of them were not Ebola patients and some may not have been sick at all â€“ they were people who had come in contact with Ebola patients and others who were quarantined. Mae Urey acknowledged that the foundation did not run an Ebola Treatment Unit and dealt mostly with providing supplies, psychosocial support, and transportation. Any probable Ebola cases they noticed were transferred via ambulances to the Ebola Treatment Units for the government and its partners to treat.

The claim by Urey that his foundation treated over 5,000 people is misleading, at best. His statement implies that the people were treated for Ebola but a good number of those being counted as treated were not sick and were only supplied with necessary goods.

In all the possible ways this can be taken, this part of Ureyâ€™s statement is false. If by treating, he includes tracing and monitoring quarantined individuals, the governmentâ€™s and international partnersâ€™ numbers far exceed what his team accomplished. In one day alone, UNFPA noted that 6,823 contacts had been monitored, far outpacing the 6,534 figure that the U-Foundation said it impacted during the entire epidemic. In that scenario, his claim is false.

If Urey is referring to actually treating Ebola patients, his foundation likely did not treat any patient as they were all referred to Ebola Treatment Units, which were better equipped to treat patients suffering from the highly contagious virus. For this scenario, Ureyâ€™s statement is also false.

The U-Foundationâ€™s efforts are certainly laudable; however, it is important not to overstate its impact and potentially minimize the efforts of the government and international partners.