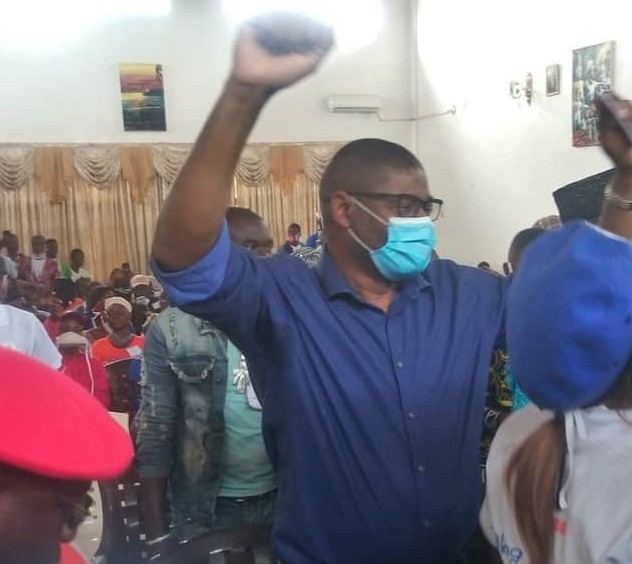 The former foreign affairs minister’s participation in the CDC primary on Tuesday comes just a few hours after President George Weah accepted his letter of resignation. With the win, Findley is expected to represent the ruling party in the Dec. 8 election.

According to the Executive Mansion, in Findley’s July 27 letter of resignation, he appreciated the president for giving him the opportunity to serve his country as foreign affairs minister.

“My service in the Coalition administration has afforded me the opportunity to work with some very remarkable personalities internationally, locally, and within the Ministry of Foreign Affairs. And I am very grateful,” he said in his resignation letter to Dr. Weah.

“You can rest assured, Mr. President, of my unflinching support as my leaving the Ministry of Foreign Affairs does not suggest me leaving my commitment to the Coalition for Democratic Change. I also count on your support as I embark on this journey of seeking to re-enter the Liberian Senate.”

Findley was confirmed by the Liberian Senate on February 22, 2018 following his appointment by Weah as foreign minister.

In a letter of acceptance dated July 28, 2020, the president thanked Findley for his services and wished him well in his political endeavor.

“I am pleased today to accept the resignation of Hon. Gbehzongar Milton Findley as Foreign Minister of the Republic of Liberia,” Weah said. “Hon. Findley has been foreign minister and dean of the cabinet since the beginning of my administration in January 2018. During all this time, he has conducted the foreign policy of my government efficiently and effectively.”

He further added, “He has maintained and strengthened our bilateral relationships with friendly countries, and has ably represented Liberia’s interests at all multilateral institutions and forums.  Minister Findley has served with dedication and distinction, and I want to personally thank him in this public manner for his service and commitment.”

Findley was recently petitioned by a group of citizens to run for the county’s Senate seat. The petitioners said the former Senate president pro tempore had contributed immensely to the growth and development of Grand Bassa over the years and his absence at the legislature has created a vacuum. As the most senior senator, Findley was defeated by Liberty Party’s Sen. Kaipay in 2014.

The petitioners cited the construction of the Grand Bassa Community College, the Monrovia-Buchanan highway road rehabilitation, the Fairgrounds road, and the provision of scholarships to students in the county as proof of his impact. They also noted that Findley’s defeat to Senator Jonathan Kaipay during the 2014 senatorial election was a mistake. During the petitioning program, Findley said he could not respond to the petition until he consulted with President Weah.

On Findley’s birthday on July 2, traditional leaders petitioned the president to release Findley to allow him to contest the upcoming senatorial election. The petition statement was presented to Grand Bassa’s third district representative, Matthew Joe, and Grand Bassa’s superintendent, Janjay Baikpeh, for onward submission to the president.

Grand Bassa has approximately eight individuals who are planning to run to replace Sen. Nyonblee Karnga-Lawrence. They include Findley, Rep. Vicent Willie, Alphonso Roberts, Magdalene Harris, Anthony Barchue, Charles Vah, and Emmanuel Daykeay. The incumbent senator and the lone female in the Senate, Karnga-Lawrence is also planning on contending to keep her seat.

A recent opinion poll conducted by Buchanan’s Magic FM showed that Karnga-Lawrence may be tough to beat. Of the 188 calls generated over the 1 hour and 45 minutes that the radio poll was held for, the incumbent received the highest nods, with 115 selecting her. Findley came third, with 13, after Rep. Willie’s 41.

CORRECTION: A previous version of this article listed Findley’s birthday as July 3. It has been corrected to reflect July 2.

Sharing
Tags Gbehzohngar Findley
Contributions to The Bush Chicken are not tax deductible.