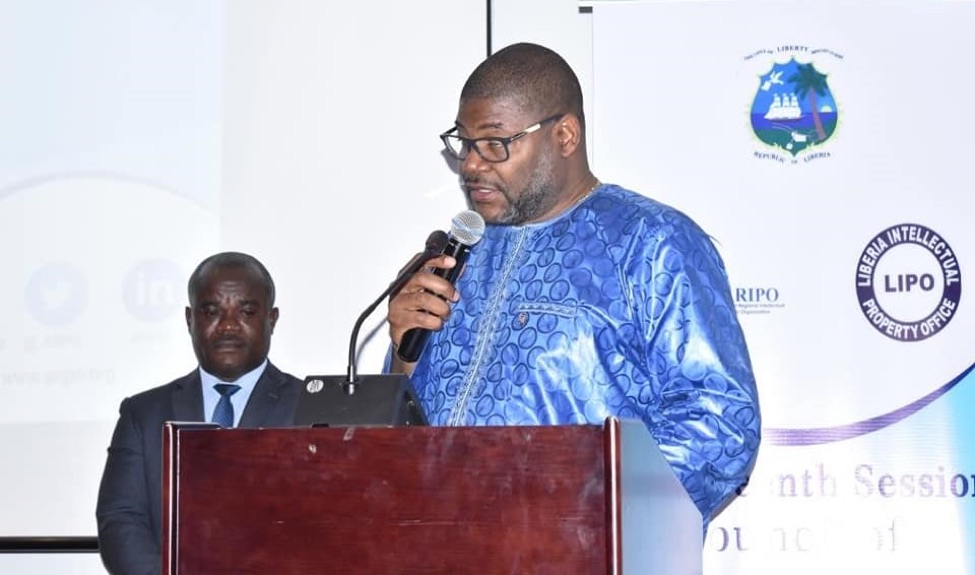 Speaking Thursday on behalf of President George Weah at the opening of the 17th Session of the Council of Ministers of the Africa Regional Intellectual Property Organization, or ARIPO, Findley described intellectual property rights as critical, but elusive matter.

â€œIt is hard to think of a global issue today that does not have a significant intellectual property dimension. From artistry, movies, music, healthcare, innovation, access to medicines, climate change and the development of green technologies. Intellectual property is central to these issues,â€ he said

Findley pledged Liberiaâ€™s full support to ARIPO, including the ratification of all outstanding protocols.

The Council of Ministers is the supreme organ of ARIPO and comprises relevant ministers of member states responsible for administering intellectual property development and protection in their respective countries. The Councilâ€™s 17th Session was convened on Nov. 21 following the end of its 43rd Administrative Councilâ€™s Session at the Farmington Hotel in Margibi.

As part of Liberiaâ€™s leadership of ARIPO, Commerce Minister Wilson Tarpeh will head its Ministerial Council, while the director-general of Liberiaâ€™s Intellectual Property Office, Adelyn Cooper, will chair the Administrative Council. Speaking at the conference, Tarpeh acknowledged the privilege to serve the regional group and praised ARIPO on behalf of the Liberian government.

Standing alongside Minister Findley, Tarpeh also stressed the importance of protecting intellectual property rights. He recalled the historic significance of the conference venue, in Margibi, where he said the hepatitis virus was first successfully tested, and the hepatitis vaccine first tried.

â€œUnfortunately, Liberia did not protect the scientific processes that led to that successful test, and we lost that particular right,â€ he said. â€œIn this country, too, a blood cleansing agent was discovered just at an institution less than a mile away from here, called the Liberia Biomedical Research by a Liberian and one of Africaâ€™s renounced scientists, Dr. Emmett Dennis.â€

Liberia has taken some small but significant steps toward intellectual property rights development nationally. In addition to establishing a national office, the Weah administration, Tarpeh disclosed, was also bringing together artists, actors, and actresses under an umbrella body to help ensure the they and Liberia benefit fully from their creations.

In his new role as head of ARIPOâ€™s Ministerial Council, Tarpeh already has his work cut out. To succeed, he must therefore work to amplify the gains already attained under his predecessors, learn from the successes of individual member states, and work to improve both the standards and frameworks of intellectual property rights protection and administration on the continent.

Also speaking at the event was the minister of justice and constitutional affairs of Malawi, Samuel Tembenu, who formerly chaired the ARIPO Ministerial Council. Tembenu praised the government and people of Liberia for hosting the 17th Ministerial Council meeting. He reminded participants of ARIPOâ€™s goal of participating and competing fairly and effectively in todayâ€™s global knowledge economy, stating, â€œWe want to promote innovation and creativity so that Africa can develop sustainably in the modern economy by initiating its own ideas, its own products, and its own innovations that will enable this continent, which is endowed with a lot of natural resources and endowed with talented people who will enable this continent to develop at the and with a progress that would see most of our people graduate from poverty to prosperity.â€

The conference also included lessons learned by member state, as delegates from Ghana, Uganda, and Zimbabwe delivered statements of commendation for ARIPOâ€™s continuous support for the development of their national and regional intellectual property systems.

As the event closed, the Council finally considered a draft of the legal framework establishing a Regional Voluntary Copyright Registration and Notification System, and agreed to draft a Protocol to be adopted by member states at a Diplomatic Conference scheduled for next year in Uganda.

Recalling recent developments in intellectual property rights on the continent, especially the Protocol on Intellectual Property within the framework of the African Continental Free Trade Area, or AfCFTA, as well the establishment of the Pan-African Intellectual Property Organization, or PAIPO, participating member states reaffirmed their commitment to the resolution adopted at the organizationâ€™s 15th Session held in Lusaka, Zambia from Nov. 19- 20, 2015 regarding the need for greater involvement in PAIPOâ€™s implementation at the level of the African Union.