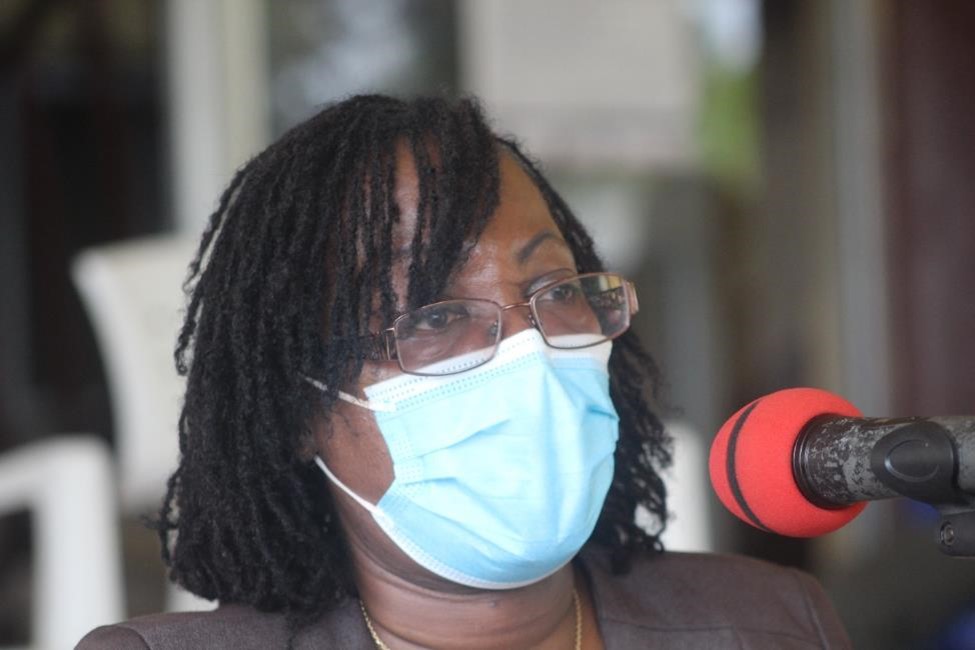 MONROVIA, Montserrado – Following the resurgence of Ebola in neighboring Guinea, Liberia’s health minister, Dr. Wilhelmina Jallah, has disclosed that her government, along with its neighbors, are in talks with the World Health Organization to secure access to a vaccine for the virus.

On Sunday, February 14, Guinea declared a cluster of cases in the sub-prefecture of Gouécké. On February 18, the Africa Centers for Disease Control said there were eight cases (three confirmed and five probable). Africa CDC also reported that there had been six deaths so far.

Liberia’s health minister made the disclosure about the country’s efforts to secure Ebola vaccines on Wednesday at a press briefing after her assessment of the situation at the country’s borders with Guinea.

According to Jallah, the WHO regional director for Africa, Dr. Matshidiso Moeti, informed her that WHO rules for Ebola vaccine distribution states that a country can only receive the vaccines if it has a positive case of the virus.

“But the conversation all of the health ministers from Sierra Leone, Ivory Coast, and Liberia are having with the WHO is the need to prevent our population from the deadly virus,” she added.

“So, we are asking the WHO to allow the three countries to obtain the vaccine.”

Jallah maintained that discussions are still ongoing with the WHO and she could not disclose the total doses of Ebola vaccines that would be imported by Liberia.

“As soon as I receive the confirmation from WHO about obtaining the vaccine, I will inform the public,” she said.

Besides the Ebola vaccines, the health minister said there are medications in the country to treat fever and diarrhea, symptoms of Ebola.

Jallah said stakeholders in the health sector have been adequately responding to news of the rediscovery of the virus in Guinea. A quick Incident Management System meeting was organized soon after the news broke and the National Public Health Institute of Liberia in charge of surveillance dispatched a rapid response team to Bong, Lofa, and Nimba, she said.

The Incident Management System meeting, according to Jallah, consisted of dispatching a response and surveillance team to observe what is happening in the three counties, especially at the N’Zerekore border with Liberia. She added that “a lot of personal protective equipment were put in place while beefing up ongoing screening at the Yekepa border in Nimba.”

Since the resurgence of the virus in Guinea, there have been numerous calls for the government to close all land borders with Guinea to avoid spillover of the Ebola outbreak into Liberia. Dr. Dougbeh Chris Nyan, an infectious disease scientist, was one of those who urged the government to take such measures.

Nyan noted that due to the high volume of cross-border trade between Liberia and Guinea, the government needs to close its borders and fast-track the purchase of Ebola vaccines to avoid disasters in case a cross-border transmission occurred.

“Ebola is not COVID-19, and delaying in close the borders would be a repeat of 2014, which resulted in thousands of deaths after the Liberian and Sierra Leonean governments delayed in shutting down their borders,” Nyan said.

The WHO also warned Liberia and six other African countries to be alert for possible Ebola infection as cases continue to climb in Guinea.

According to the WHO’s Harris, Liberia and Sierra Leone should prepare for cross-border transmission of the virus from Guinea, as the virus has now spread outside of Goueké.

However, the government noted the difficulty it would face in enforcing closure of all its borders. “Liberia has 170 borders and only 40 are being [protected] by securities forces,” she said. “There are many porous borders in the country.”

She maintained that closing the country’s borders would push people to use illegal entry points, making it more difficult to screen travelers. Instead of a hard-line approach, Jallah said the government would push for heightened surveillance.

Residents along the borders have been sensitized to report any strangers visiting their areas, and infection, prevention, and control supplies are also positioned along borderlines.

“While there is no case of Ebola currently in Liberia, we encourage the public to return to the practice of all Ebola prevention measures,” Jallah said.

In 2016, after the virus was declared over by the WHO, Jallah said there were a lot of structures left in place, including county and district health officers and volunteers within the communities. She intended to “start working with those people first.”

The health minister also added, “We have been informed by laboratory agents in the country about the gaps they face to fight the virus if it enters Liberia, but the government is working on addressing such.”

In addition, Jallah said there is a need for human resources, supplies, and technical assistance to tackle any future outbreak of the virus.

When quizzed on whether the Health Ministry plans to open Ebola treatment centers anytime soon, Jallah said the government needs to reassess facilities that were used during the 2014-2016 outbreak of the virus in 2014.

She said health officials have identified a number of the facilities and are trying to rehabilitate them for use if there is a need. In addition, Jallah maintained that Médecins Sans Frontières has also asked the ministry to identify areas in three counties where structures can be erected to treat Ebola patients.