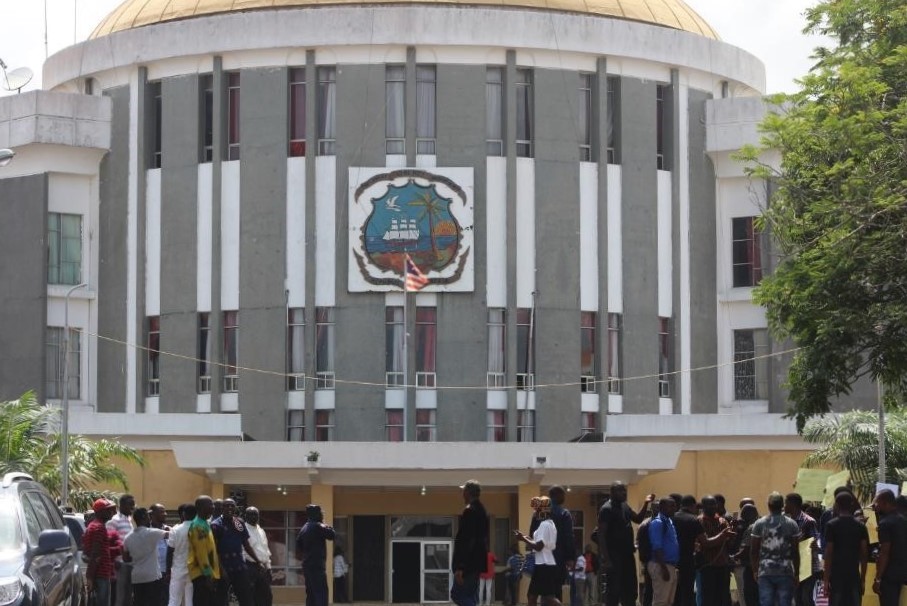 MONROVIA, Montserrado – The House of Representatives of the 54th national legislature has welcomed recommendations to improve future elections and promised to complete legal reform in six months.

Weaknesses in the countryâ€™s electoral system were exposed during the 2017 general and presidential elections, given the prolonged legal battle after the first round of elections that created fears that there would not be enough time to hold a runoff election and inaugurate the new president within the timeframe required by the constitution.

The situation did not only prompt a need to reconsider the constitutional timeline for elections, but also drew attention to the data within NECâ€™s voter roll, which contained duplicate data and other symptoms of a database that had not been subjected to rigorous data quality requirements.

The missions generally identified the potential that the existing elections timeline could cause a constitutional crisis or be adversely affected by the rainy season as one of the most serious electoral reform topics.

Speaking on Tuesday at a stakeholdersâ€™ thematic dialogue organized by the Elections Coordinating Committee, Grand Gedehâ€™s third district representative and chair of the House Committee on Elections and Inaugurations, Alex Grant said electoral reform is a must for Liberia.

The dialogue aimed at increasing the quality and broadening the scope of public discourse on how and what portion of the laws should be changed to improve future elections and the responsiveness of the laws to the current political context.

Grant said the House of Representatives welcomes all ideas on improving future elections.

â€œWe need to get a list of things to get elections going in this country. And, we have started the process. We need people to share ideas with us. We donâ€™t know it all, to be very honest,â€ he said.

Presenting the recommendations, Oscar Bloh, the chairperson of the ECC, which had the highest number of local observers covered previous elections, said in other to improve future elections, his group wants certain laws affecting the conduct of elections to be included as propositions for change during the 2020 senatorial election or as amendment to the National Elections Law.

Those changes would includeÂ modifying articles 83(a) and 83(c) of the constitution, which provide for the date of elections and the judicial power accorded to the National Elections Commission,Â respectively.

Bloh said article 83(a) poses serious logistical challenges for the National Elections Commission and can be a financial constraint on political parties and independent candidates during the campaigning periods. Bloh’s organization and many observer missions had already identified the potential that the existing elections timeline could cause a constitutional crisis or be adversely affected by the rainy season as one of the most serious electoral reform topics.

Meanwhile, Bloh said article 83(c) makes NEC a player and judge at the same time. He said the ECC is recommending that a special tribunal be established to handle elections related cases to relieve NEC of such responsibility.

He disclosed that the ECC also wants members of the legislature to amend the National Elections Law to reduce the number of commissioners on the NEC board of commissioners from seven to five while also setting a two five-year term limit for commissioners.

The ECC, among other things, recommends that commissioners be representatives of political parties and civil society who are appointed through broad-based consultative and public vetting process, in an effort to limit the president’s power over NEC. The civil society organization added that the removal clause for commissioners should more clearly state the list of violations that would warrant removal.

The ECC also noted that too much power and authority are vested in the office of NECâ€™s chairperson because the elections law restricts a quorum for decision-making purposes to the presence of the chairperson. The ECC wants that part of the law amended to allow for a quorum to be held with either the chair or the co-chair presiding and an appropriate quorum criterion established.

The ECC also called for improvements in electoral administration and the elections management system.

â€œVoting regulation should be amended so that voting starts at 7 a.m. and ends at 5 p.m. to give enough time to poll workers to prepare for the counting,â€ the organization noted in its recommendations.

It also wants tallying and counting regulation amended to ensure access to all stages of the tabulation process for observers and party agents, including at the National Tallying Center and an amendment to the elections law and regulations to ensure that political parties and observers have access to the draft voter roll for independent inspection.

â€œThe finalization of the Final Registration Roll posed a major challenge for the conduct of the 2017 elections and the final product was questionable,â€ it says.

â€œThe law should consolidate different aspects of the law into a single instrument,â€ it further notes.

A representative of the Governance Commission who was present at the forum concurred with the ECCâ€™s recommendations, noting that it reflects the commissionâ€™s own findings and recommendations.

Rep. Grant, who is also the acting chair of the Coalition for Democratic Change’s legislative caucus, said while he is personally happy over the proposed amendments, changes to the laws will require consultations.

On changing the elections date, for example, the lawmaker thinks doing so has its own downsides. According to him, changing the date for elections would also mean changing other constitutional provisions, including the inauguration of presidents and the governmentâ€™s yearly calendar, he said which kicks off in January.

â€œIf we want [to] hold elections in March, do we have to wait until next year January before we inaugurate [a] president,â€ he asked, rhetorically.

On the ECCâ€™s recommendations to reduce the tenure of members of the board of commissioners of NEC from seven to five years, he welcomed the amendment, noting that the commissioners are currently serving longer than the tenure of the president and members of the House of Representatives. He also believes that the recommendation to eliminate NECâ€™s judicial power must be technically reviewed.

He said currently, there are proposals in the House of Representatives for the establishment of an elections court to assume NECâ€™s judicial power.

â€œPeople see the NEC as being the player and a referee at the same time. Those are things that we need to look at,â€ he added.

Lighe said the current line of responsibilities given to the elections commission to be the first to handle elections disputes is not unique to Liberia.Â He believes that NEC should keep its judicial power because he said the board of commissioners, which hear appeals, does not involve itself with operations.

He noted that setting up an extrajudicial body would require additional funding, especially when elections are not conducted every year and the government would have an extra burden of maintaining the special tribunal in place.

He said the commission would able to a greater extent provide clarity and confidence to adjudicating electoral dispute cases when the electoral administration is fixed to fully distinguish the role of commissioners and the secretariat.

Meanwhile, a Liberian lawyer, Augustine Toe, said he believes that the current constitution must be changed in its entirety because much of its provisions do not reflect present-day realities.

â€œMy experience over the years has told me that the manner in which we enact laws in this country, we enact laws to deal with a specific issue at a specific time. We do not take into consideration that we are making laws for the governance of a group of people over a long period of time,â€ Toe said.

On the date of elections, for example, he said it is a known fact that October, the current month for elections is a peak of the rainy season in the country when movement can become extremely challenging.

He also agreed that NEC should not be the adjudicating body for elections matters, adding that such is a potential conflict of interest.

He said while he does not know the intent of the crafters of the law for giving such power to the NEC, past elections should inform the country of the need to detach the commission of the judicial responsibility.

â€œLet us set up an independent body that will look at elections issues in this country,â€ said. He added that doing so would ensure transparency, independence, and accountability.

However, he said the recommendations to include political partiesâ€™ representatives on the NEC board of commissioners would further politicize the work of the NEC.

For her part, the chair of the National Civil Society Council of Liberia, Frances Greaves, said the need for electoral law reform in Liberian cannot be overemphasized.Â Greaves said ongoing dialogues on electoral reform are important because they encourage citizens’ participation in key decisions.

â€œLike I always tell people, Liberians, we need to talk. We need to talk because everybody will not be on the same page,â€ she said.

â€œYou need to hear the views of everybody, and then, where there is no final agreement, then you build consensus or eventually go for a referendum.â€

This article is the second of four in a series on electoral reform.Â It is published by The Bush Chicken through the support of Internews. Read articles one, three, and four.