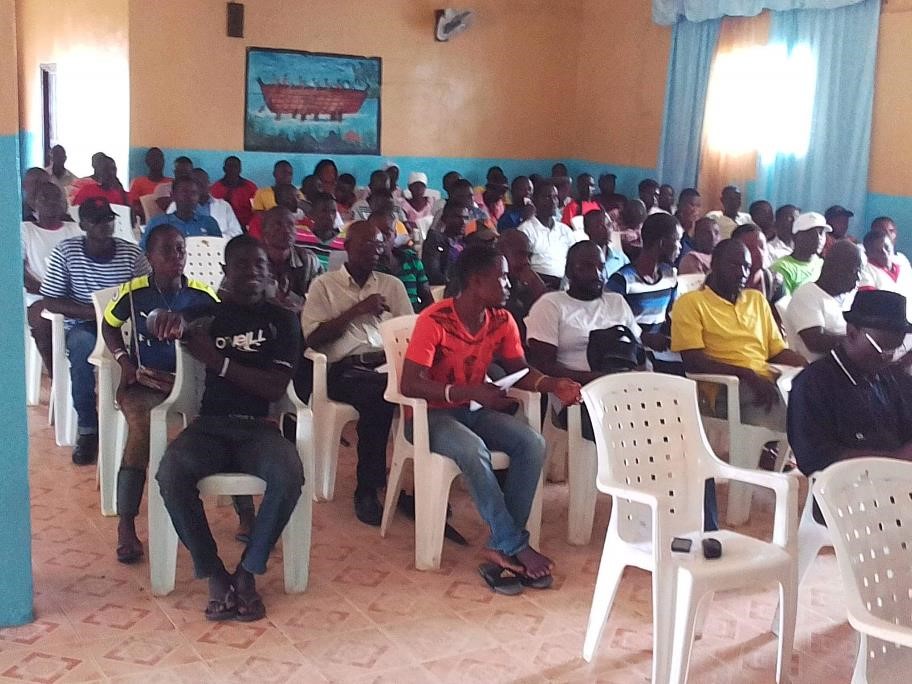 HARBEL, Margibi â€“ Citizens in Margibi and candidates vying for the five representative seats of the county in the upcoming elections have criticized the Center for Media Studies and Peacebuilding for poorly conducting debates in Margibiâ€™s first, second, third, and fifth districts.

Citizens complained that the debate in Margibiâ€™s first district was not well publicized by organizers. Additionally, attendees said the audio system used by the organizers did not function properly as it was difficult to hear candidates.

Dekontee Sayway, a supporter of Liberty Party candidate Maxwell Grisgby, said the organizers were unprepared for the debates and that they should learn a lot from John Kollie, head of the Liberia Media for Democratic Initiative, whose organization has also organized similar debates in recent weeks.

â€œIt is [sad] that media bodies will receive funding from donors in implementing the said project and make it look like a business enterprise,â€ he added.

Three debates were conducted in Margibiâ€™s first district because of a large number of candidates. There are 21 persons contesting the seat currently occupied by Roland Opee Cooper.

At the first debate on August 29, 2017, the audio system failed to come on and the moderator was forced to conduct the debate under unfavorable conditions. Additionally, instead of seven candidates, only two appeared at the debate.

Kermue Dennis of Stone FM in Harbel, who was trained in Gbarnga, Bong as one of the moderators, said CEMESP failed to stick to its initial preparatory plans.

Dennis said after being told that the local moderator had booked two audio systems to ensure that one could serve as a backup, Abdullah Kamara of CEMESP called on the eve of the debate and said the organization would bring its own audio system.

The troubling scene of the CEMESP-organized debate took place in Margibiâ€™s second district when again the sound system failed to come on. While the audience in the hall was quiet, it was still difficult to hear candidates because there were many supporters outside the hall whose voices could be heard inside.

Even appeals to candidates to walk outside the hall and ask for silence from the noisemakers failed to solve the issue.

Regrettably, with no other option, CEMESP eventually used an audio system owned by one of the candidates. Some candidates resisted this and called on CEMESP to postpone the debate. After several hours of delays, the candidates agreed that the debates should go on.

When contacted, Abdullah Kamara admitted to some organizational problems but said despite these challenges, the debates were still successful.

â€˜â€™We had a technical problem in Margibiâ€™s first and second districts; our set failed to produce the sound needed in the halls,â€ Kamara said.

As for the noise, he said though the organizers had contacted the Liberian National Police prior to the debates, there were delays in getting law enforcement on the grounds of the debate in time.

He maintained that the majority of complaints were coming from people who were not allowed to enter the hall due to limited space.

â€œThough the debates are important for the constituents, we stuck to the rule of not getting our halls crowded since the debate was live on the local radio stations,â€ he said. â€œDuring instances where the crowds became uncontrollable, we called on the candidates to talk to their supporters to be calm.â€