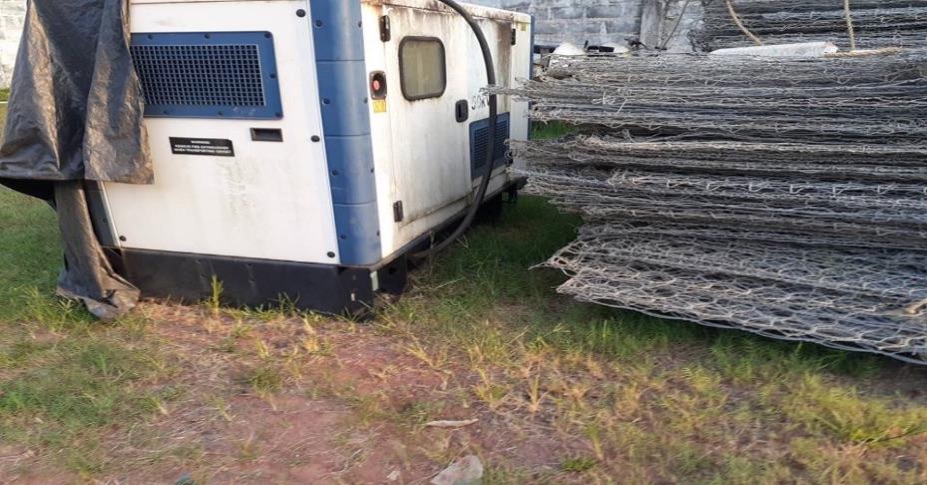 GBARNGA, Bong â€“ A Bush Chicken investigation has uncovered the location of several valuable items allegedly stolen from the Central Agricultural Research Institute, CARI. The missing items, including a 50kVA generator, fencing wires, and an air conditioner, were all discovered packed in a compound in the Millionaire Quarter Community in Gbarnga.

The assets are among several other missing items believed to have been removed from the instituteâ€™s premises by its head of Natural Resource Management, David Tokpah.

Other missing items include fuel tankers and containers.

The stolen materials are believed to be assets turned over to the institute by the United Nations Mission in Liberia upon its departure in 2018. Several contingents of UNMIL were stationed at CARI at different periods during the missionâ€™s operations in Liberia.

Tokpah, the staff at the center of the allegation, has denied having any idea about how the materials left CARI and got in the compound in Gbarnga.

â€œWhether generator, iron wire, or air conditioner, I donâ€™t know what you are talking about,â€ Tokpah said in an interview on Friday.

There have been claims and counterclaims among staffers at the institute regarding exactly how and when the materials were removed from its Suakoko premises in Bong.

Arthur Wenneh, a research assistant at the institute, told a local community radio station in Gbarnga on Thursday, Dec. 5 that several assets were taken away by Tokpah, who normally acted as head in the absence of the director, Paulette Findley.

â€œI will resign my job at CARI if what I am saying about materials being stolen from CARI is not the truth. We have all evidence to prove this,â€ Wennah said.

Wennah was responding to remarks made by Tokpah during a radio appearance in the county on Wednesday, Dec. 4 in which Tokpah openly challenged Wennahâ€™s claims that any assets were taken from CARI.

Tokpah insists that the decision to remove and relocate the assets was made by the management of CARI upon the advice of security, and for purposes of safekeeping.

â€œI look at it as propaganda; they are trying to undermine the good work of the current management,â€ Tokpah said, noting that materials have not been taken out of the compound.

Charles King, the chairperson on the Assets Committee at CARI, has backed Tokpah in this denial.

However, CARIâ€™s management has not shown confidence in Tokpahâ€™s claim. As soon as the items disappeared, the institute promptly requested the Liberian National Police in Bong to intervene and investigate the situation.

The managementâ€™s letter to the police specified that â€œthe alleged missing items included a 50kva electric generator, two fuel tankers, and some other unspecified items.â€

Bongâ€™s assistant commissioner of police, Frederick Nepay, told The Bush Chicken on Friday, Dec. 6 that the police now have the discovered assets, and would promptly launch a full-scale investigation.

â€œWe have seen the materials; we are getting in touch with the management of CARI to verify whether these are some of the materials that are missing,â€ Nepay said.

The police are yet to make an arrest in the case. However, Findley, the CARI director, has ordered Tokpahâ€™s suspension and has requested that he turn over all CARI assets pending the police investigation.