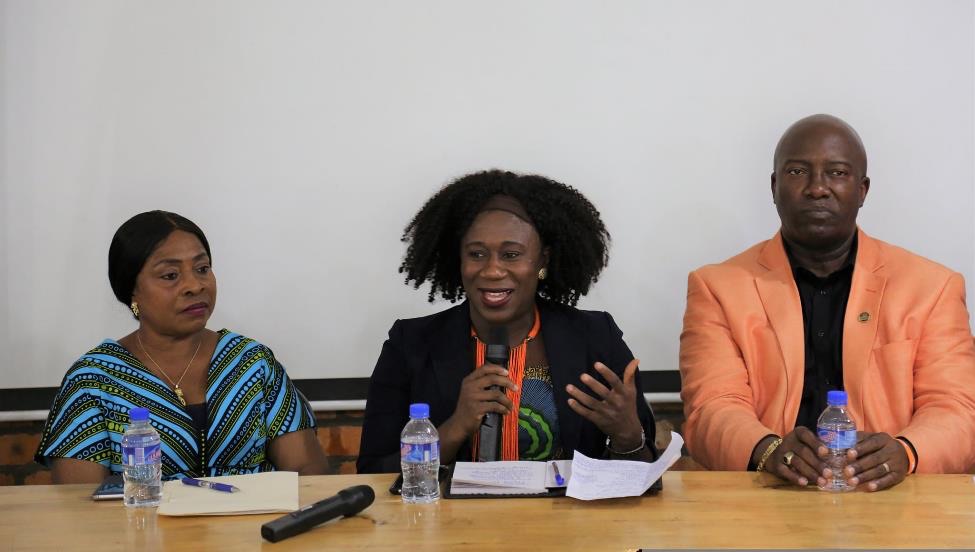 MONROVIA, Montserrado â€“ The International Rescue Committeeâ€™s country director, Faith Cooper, has called for better coordination and collaboration in the efforts to end violence against women in Liberia.

Cooper made the call during the national observance of Orange Day on Friday, September 25.

Orange Day is meant to raise awareness about the fact that women are subject to rape, domestic violence, and other forms of violence across the world.

Cooper said ending gender-based violence in the country would also require the use of more effective communication. She also disclosed the need for total community involvement, noting that communities are at the center of the change being sought for.

She called on the government to take ownership of the fight and do more through coordinating to ensure a unifying approach and a clear strategy in ensuring protection for women and children.

The IRC head also emphasized the need for conversations on steps the government has taken in the direction in order to build on the lessons learned from the past.

The deputy gender minister, Alice Johnson-Howard, noted that violence against women and girls remains unspeakable and requires condemnation in the strongest term in every space of society.

While the stories of violence against women and girls are often reported, Johnson-Howard also said men and boys are also abused daily, although there is limited access to information concerning their abuse. Male victims are often afraid to tell their stories for fear of how society would react, she said.

â€œOur legal framework must be stronger than ever before or we will not go anywhere. Until we can unite our forces and efforts to have it done, we can never get there,â€ the deputy minister said.

â€œI hope we take on a unique approach where all of our competitors are joined together and together we can have a better result.â€

Meanwhile, U.N. Womenâ€™s deputy country representative to Liberia, Sangeeta Thapa, has called for increased awareness on the danger of gender-based violence and the pathway to justice.

â€œIt is now our responsibility to reach out to every part of our society and raise awareness as well as take actionsÂ to end all forms of violence against women and girls, not forgetting ending abuse, harassment and rape of girls and young women and even babies,â€ Thapa said.

â€œI would like to say a big thank you to Brenda Brewer-Moore for giving us the opportunity to share her documentary, â€˜Stolen Childhood,â€™ an account of her experience with sexual abuse.â€

She said the story of Brewer-Moore is similar to the story of many young girls in Liberia and the world over. Brewer-Moore had shared her story of abuse at a tender age in a documentary titled â€˜Stolen Childhood.â€™ The documentary has been screened around the country as a means of raising awareness around sexual assault.

Thapa also encouraged the audience at the Orange Day program to engage into productive and fruitful discussions that are aimed at promoting a free society for all, irrespective of sex and gender.

The Swedish Ambassador to Liberia, Ingrid Wettergvist, also called for an increase in gender policies and equal gender representation at all levels of the leadership and governance across the country.

â€œWomen need equal access to representation, and I think we need 50 percent women and men representation in parliament,â€ she said.

The Orange Day celebration was organized by U.N. Women and sponsored by Orange Liberia.