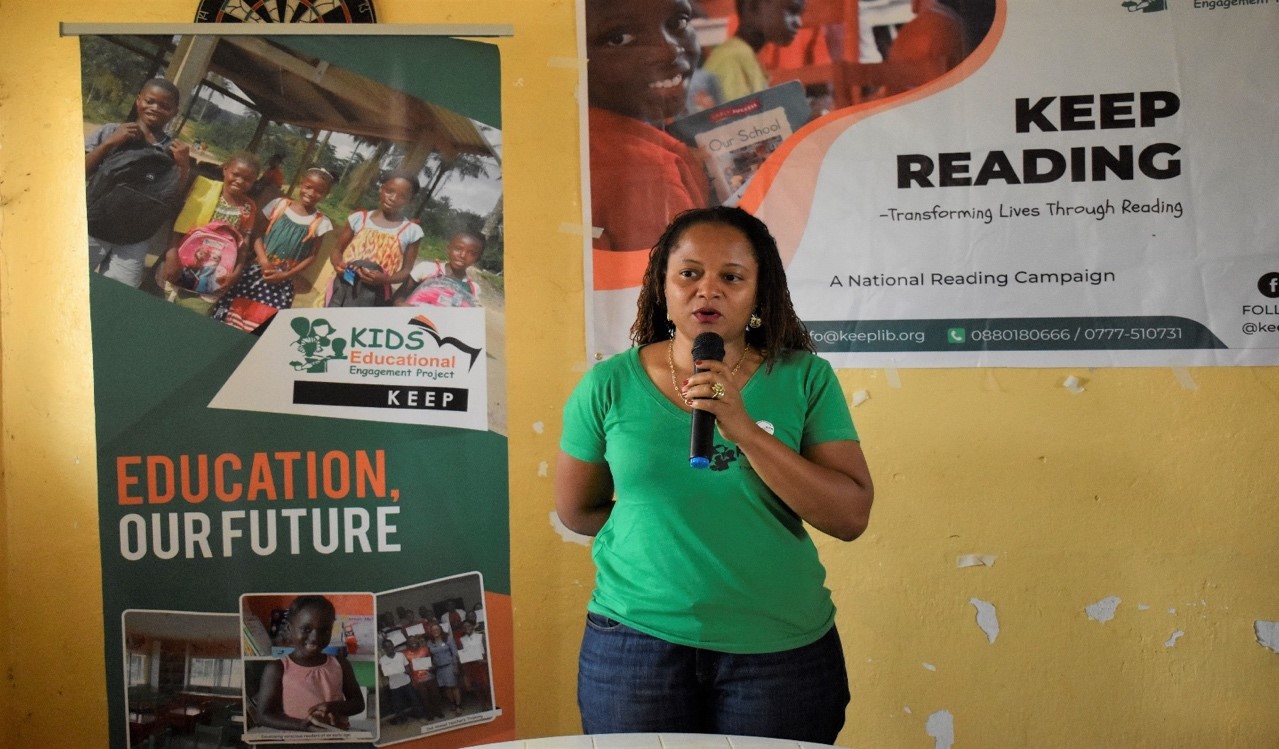 The latest in a series of national activities, KEEP is hoping to reach more learners in hard-to-reach areas of southeastern Liberia.

According to a recent press release, a formal ceremony was held to launch the campaign at the Zwedru Youth Center, where various county officials were present.

KEEPâ€™s founder and executive director, Brenda Brewer-Moore, expressed excitement about the reading campaign and its potential contribution to the learning environment in the county. Already, KEEP has established two small libraries in Zwedru to encourage reading among students. The new campaign will work in concert with programs at the libraries to attract more learners.

Brewer-Moore disclosed that the campaign was designed to offer more out-of-classroom opportunities for reading to all school-going learners in the country and their parents, and she was glad that its introduction in Grand Gedeh has finally fulfilled the campaignâ€™s truly national scope and character.

â€œThe more our children are able to read, the better they are able to learn,â€ she said in the release. â€œThis fact is true for all children everywhere, and not only in Monrovia.â€

Grand Gedehâ€™s county education officer, Harry Doe, who was in attendance at the ceremony, praised KEEP for the initiative but was especially appreciative of the organizationâ€™s commitment to improving learning outcomes across the country.

Doe seized the occasion to urge educational stakeholders present, as well as parents and teachers, to strive to motivate their children and students to take interest in reading, and to utilize the opportunities the national reading campaign has to offer as one way of improving their knowledge and skills.

The nationwide reading campaign was officially launched on February 6 in Monrovia by Education Minister Ansu Sonii, and will include a series of programs and activities promoting reading among high school students.

Speaking to an audience of government officials, students, and partners in the education sector, Minister Sonii assured everyone of the governmentâ€™s commitment to promoting reading as a flagship activity of all programs in the sector.

The launch of the program in Zwedru on Feb. 12 coincided with the end of a three-day training workshop organized and conducted by KEEP about appropriate conduct by teachers when addressing sexual violence, and how to utilize and implement a code of conduct in classrooms.

The training was sponsored by OXFAM-Liberia, under its â€˜ENOUGHâ€™ project, which also seeks to support positive actions in ending gender-based violence.