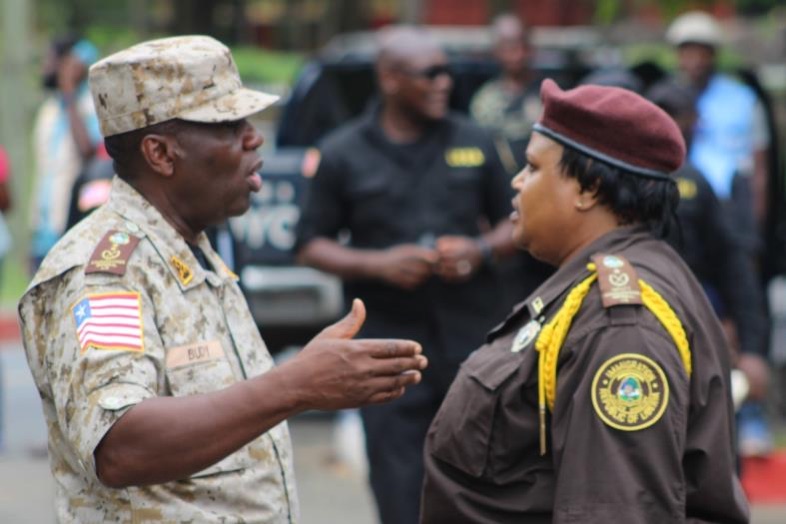 MONROVIA, Montserrado â€“ The Liberia Immigration Service has announced that it has formally opened an investigation of talk show host Henry Costa for what authorities claim to be forged travel documents he used to enter the country on Dec. 19, 2019.

Costa, chair for the Council of Patriots, has been critical of President George Weahâ€™s government and has recently organized two major anti-government protests, which paralyzed much of Monrovia.

Ahead of a planned Dec. 30, 2019 protest, Costa had returned to Liberia from the United States where he is studying, with a brief stop in Accra, Ghana. To enter Liberia, he used a laissez-passer, a temporary travel document, instead of a Liberian passport because, according to Costa, his passport was being processed for a Schengen visa at a European embassy in Accra.

Costa announced on Friday that the government had prevented him from returning to the United States, and had attempted to seize his passport. He also noted in a live broadcast that the situation was a plan by the government to intimidate him because of his political activities.

But immigration authorities say they are not buying Costaâ€™s claims.

In a quick reaction on its Facebook page, the agency has sought to clarify that Costa initially checked in on SN Brussel Flight 245 on Friday, â€œbut did not approach Immigration officer(s) to present his traveling document as a routine check procedure for all travelers leaving Liberia.â€

The statement added, â€œ[A] few minutes later, after checking in with the airline, he voluntarily requested to be removed from the check-in listing and his bags be deplaned.â€

The Liberia Immigration Service alleged on Saturday, Jan. 11 that the travel document which Costa used to enter the country was forged, and therefore it has invited him to present himself at its headquarters. On Saturday, Costa was joined by his lawyer, Findley Kangar, at the request of the immigration agency.

Costa revealed during initial questioning that the laissez-passer was obtained with the assistance of one Sylvester Tevez Nah, who is also now being pursued by the government to aid with the investigation.

â€œMr. Costa left the headquarters of the LIS on Saturday afternoon after writing a statement and being signed for by his legal counsel,â€ the agency noted. â€œThe LIS assures the public that while it is determined to carry out an expeditious investigation, it will ensure that the process is impartial and professional.â€

In his latest Facebook broadcast of the Costa Show, the Council of Patriots chair has called on at least 1,000 of his supporters to join him at his interview today at LIS headquarters, as â€œcharacter witnesses.â€