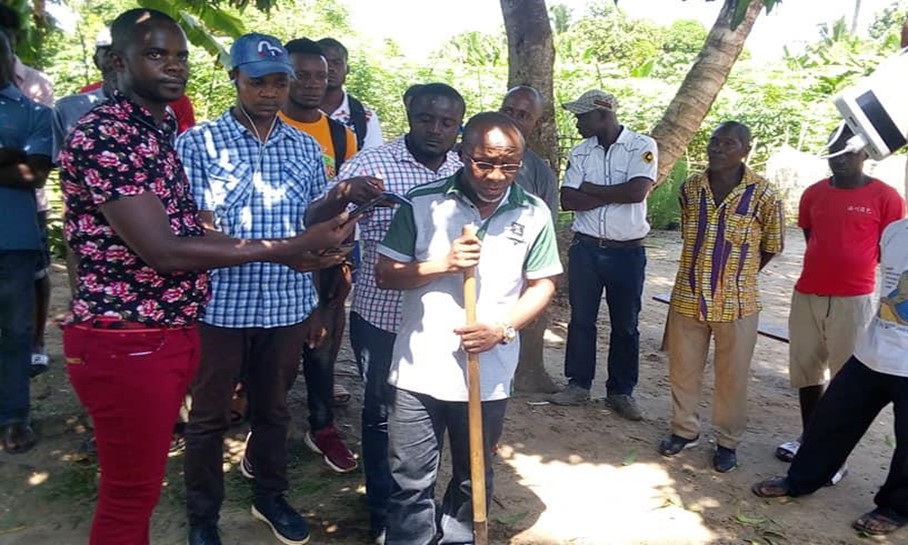 HOFFMAN STATION, Maryland – Rep. Mike Jurry of Maryland’s first district has broken grounds to construct a youth center in the township of Hoffman Station, near Harper.

On June 17, Jurry addressed attendees at the groundbreaking ceremony, where he said the construction came from several meetings held with residents of his district. The proposed center will include offices, a conference hall, bathrooms, and recreational spaces.

Jurry told reporters that the Allison family, living within the community, had donated the land for the youth center.

“I am the one constructing this modern youth center, but if there was no land for the project, we could not be here today breaking ground,” Jurry said.

In a later phone call, the lawmaker told The Bush Chicken that he expects the Maryland-based Gibmark Construction Company to complete the project within six months. The company has undertaken several projects across the county, including the Cape Palmas High School, the Yukudi Health Center, and the Martha Tubman Sports Stadium renovation.

Gabriel Tarpeh, the chief executive of the construction company, thanked Jurry for choosing a local firm for the project.

“Giving local companies contracts is not only to benefit the heads, but it creates jobs for citizens and residents,” Tarpeh said. “If we get contracts of such, there will be food placed on the tables of our workers and their dependents.”

The Hoffman Station Township commissioner, Sumu Prowd, expressed gratitude to the lawmaker for the project. He expects that the facility could hold town meetings, given that the township lacks a town hall.

“Today, you have seen the need for [a] modern youth center, and for Hoffman Station Township, it is my hope and prayer that other sons and daughters, especially lawmakers, can see other places for intervention,” he added.

Sharing
Tags Mike Jurry
Contributions to The Bush Chicken are not tax deductible.