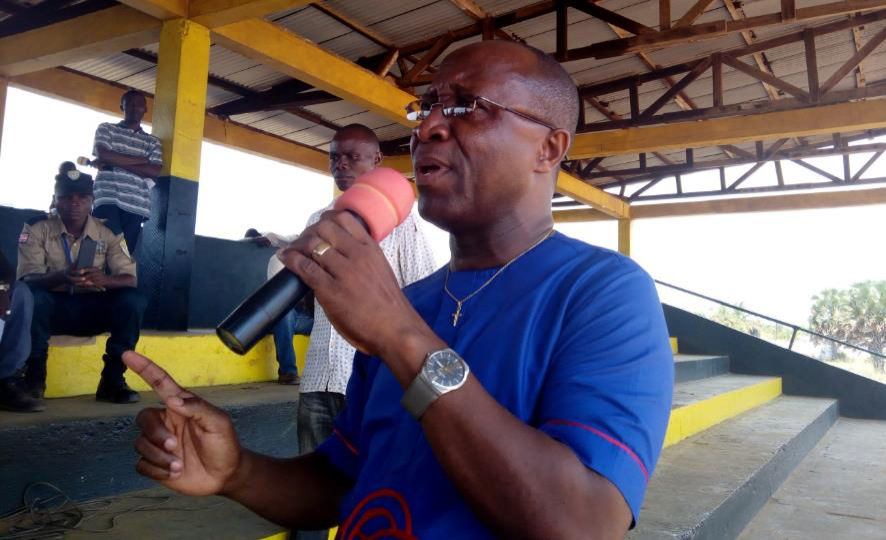 HARPER, Maryland â€“ Representative Mike Jurry of Marylandâ€™s first district has outlined one of his priorities as a lawmaker â€“ stopping all forms of ritualistic killings in his district and Maryland at large.

Speaking at a recent ceremony he held to thank his voters, Jurry said Maryland has an ugly past and there is a need to restore the countyâ€™s name.

â€œYou elected me, and I am going to work in your interest,â€ he said. â€œGone are those days where my people been living in fear and could not move freely for fear of being killed by wicked people. We will give zero tolerance to ritualistic killings. If you are caught in any form of ritualistic act, the law will deal with you.â€

Jurry said his office will closely work with the joint security team in the county by providing logistics, strengthening the Community Watch Forums for regular patrols to reduce the incident of ritualistic killings.

Maryland has a long history of being a hotbed of ritualistic killings, where culprits murder individuals to use their body parts in rituals aimed at giving them a desired outcome, usually greater political power.

Many of the recent alleged ritualistic killings in the county have seen no suspect arrested despite initiated investigations by security personnel.

In 2017, at least three alleged ritualistic killings took place. They all went unresolved.

On February 9, 2017, a 49-year-old watchman contractor with the Cavalla Rubber Corporation, Amos William, went missing and his lifeless body was discovered on five days later after a search by over 150 men. Several body parts had been extracted from his corpse.

Soon after, the body of a student of Pleebo High school was also discovered lying in a newly constructed culvert along the Pleebo-Karloken Highway.

The latest alleged ritualistic killing took place in Harper, when another watchman assigned at Miami Beach went missing while on duty and his body was found two days later in a town called Cavalla along the Atlantic Ocean, far from his guard post. He had been decapitated and other body parts were missing.

The incident led to the temporary closure of the beach.

Meanwhile, Sampson Wah, the deputy county commander superintendent for the Liberia National Police, has pledged his organizationâ€™s commitment to eliminating the incidents of ritualistic murders. Wah said his men are prepared to take on the task of regular patrol once the necessary logistics are provided.

He lauded the representative for the initiative, adding that putting security as a top priority is essential to the growth and development of any society. Wah called on citizens to fully support the process.