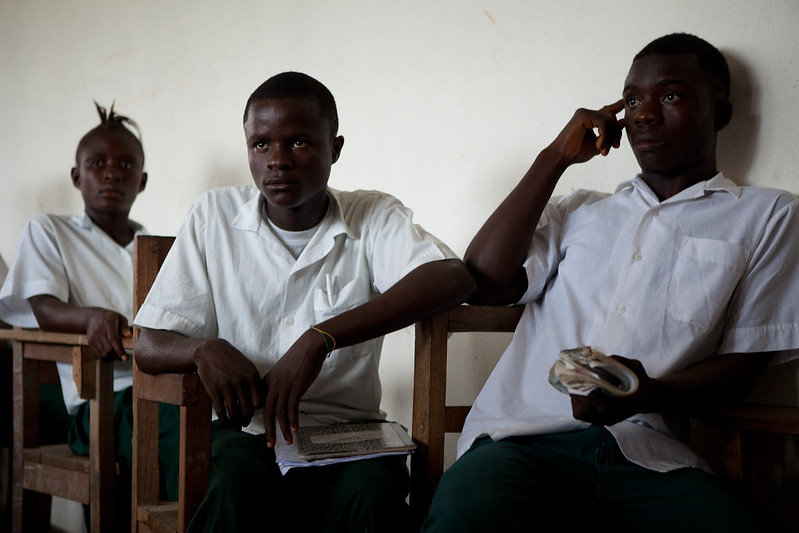 Exactly a year ago, President George Weah announced a free tuition policy for public tertiary schools across the country. In a Facebook post last October, the president wrote, â€œToday, Iâ€™m excited to announce that I have declared the University of Liberia and all other public universities in Liberia tuition-free for all undergraduates.â€

The announcement was celebrated by many, but a few critics chimed in, noting the policyâ€™s implications. The Association of Liberian Journalists in the Americas, for example, wondered how the administration would fund the program, particularly after President Weah had just said the Liberian economy was broken. At the time, the president had said, â€œOur economy is broken, our government is broke, our currency is in free fall, inflation is rising and unemployment is at an unprecedented high, and our foreign reserve is at an all-time low.â€

ALJA went on to say that the policy would be difficult, if not impossible to achieve, particularly since the Liberian government has consistently shown a lack of financial prudence.

Another critic, Senator Varney Sherman of Grand Cape Mount, called the free tuition a waste and misuse of Liberiaâ€™s resources. His preference would be to have students who benefit from the free tuition to pay it back in the form of service to the country.

Proponents of the program noted that the Liberian people have not been prioritized in the past and that building human capital is just as important as building roads. Last year, Deputy Education Minister Latim Da-Thong said while the government was investing billions of dollars in road construction, free tuition for Liberiaâ€™s roughly 20,000 college students would only be around US$1-2 million dollars.

The annual cost to the government was estimated by the University of Liberia at US$2,880,000 based on US$4 per credit and 20,000 students enrolled for two semesters per year.

One year on, we still have a lot of questions. How has the policy fared? Did it achieve its outcome? Or is it too soon to measure the outcome? What then, is the output? Do we need to revisit the policy or should we retain it?

This May, we discovered some cracks in the program. The University of Liberia told the Senate that it was operating at a deficit because the government hadnâ€™t paid its bill for free tuition. In addition, enrollment at the university swelled as a result of President Weahâ€™s free tuition program, with roughly 9,000 additional students.

Liberia isnâ€™t the first country to offer its citizens a free higher education. Itâ€™s in company with 22 other countries including Luxembourg, France, Egypt, Brazil, Kenya, Poland, Spain, and Germany to name a few.

While many love the idea of â€œfree education,â€ itâ€™s important to note that the cost to German taxpayers went up 37 percent. Peter-AndrÃ© Alt, president of the Freie UniversitÃ¤t Berlin, reportedly had this to say about free tuition: â€œThe taxpayer is paying for the universities whether or not theyâ€™re benefitting. A fee system assigns the cost to the person who is benefitting.â€

When a higher education becomes free, enrollment increases, leading to overcrowding and waitlists. Thereâ€™s some concern that students who arenâ€™t paying for their own education have less at stake, and therefore donâ€™t work as hard or take their education as seriously as they would otherwise. Meanwhile, the value of degrees could be diminished as more and more students graduate.

Clearly, there are a lot of pros and cons associated with free tuition in countries around the world, all of which are in a much better financial position to offer it to their citizens than Liberia. I do want the Liberian government to place a higher priority on educating its citizens â€” starting at the primary and secondary levels and extending to both vocational and tertiary education.

By prioritizing education, Liberiaâ€™s literacy rates should improve dramatically, which in turn will lead to improved job prospects and productivity, reduced poverty, reduced civil unrest, and improved lives across the board. With a better-educated workforce, Liberian employers would no longer need to bring in talent from outside the country for higher-skilled jobs. Itâ€™s a snowball effect that would benefit Liberiaâ€™s economy and improve the lives of our citizens, which is why Iâ€™m so passionate about investing in education.

As for tertiary education, here are some recommendations:

-Â Â Â  Make it a merit-based program â€” When something is offered for free without any strings attached, people will sign up regardless of whether itâ€™s the most appropriate choice for their situation. By making free tuition merit-based, you are rewarding those who demonstrated their ability and readiness. You are also adding a powerful incentive to those hoping to attend university in the future. At the same time, merit-based programs weed out the non-performers and students who would be better served by attending a vocational school. The University of Liberia already has such a merit-based program – the Lux in Tenebris honors program that requires students to have a grade point average of at least 3.50 to enter the program and where applicants are vetted through essays and interviews. Students who exceed 3.80 GPA even offered free lodging and a monthly stipend of US$100. The result? Those students graduating from the program are highly sought after by companies. Why not model and expand such programs across all public tertiary institutions?

-Â Â Â  Settle current debts with universities â€” That the universities serving Liberiaâ€™s tertiary students are operating at deficits because they havenâ€™t been paid is a shame and undermines their ability to deliver quality education and could put them at risk of insolvency.

-Â Â Â  Consider an income-based repayment system â€” This type of system ensures that students do not pay tuition during their studies, but rather afterward as a small, affordable percentage of their income once they start their careers. The obligation would expire after a defined period, such as 20 to 25 years. While some students will never pay back their full obligation, many will, which would help this unsustainable free tuition system become sustainable.

When President Weah declared free tuition in all public universities across Liberia last year, it felt like a spur-of-the-moment, feel-good proposal that would appease protestors for the time being, but that hadnâ€™t been well thought out as far as implementation goes. Enrollment has swelled as a result of the irresistible offer of a free higher education. The government has been slow to pay its tuition bill, if itâ€™s been paid at all, making it important to start asking hard questions and holding our leaders accountable.

16 hours ago by Eric Doue