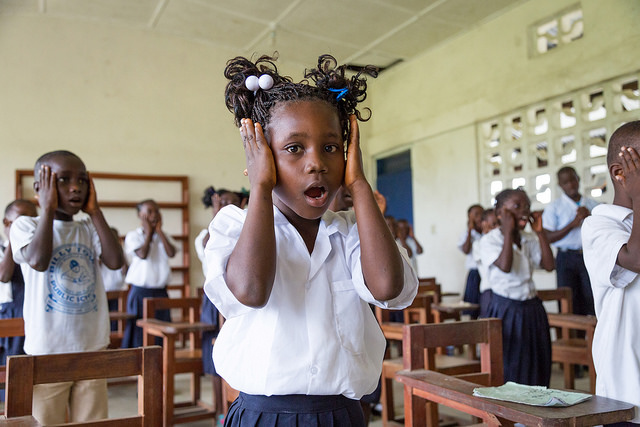 Recently, education providers, stakeholders, funders and the Government of Liberia, led by President Ellen Johnson Sirleaf, huddled in Ganta and Monrovia to discuss the future of the much-heralded Partnership Schools for Liberiaâ€™s (PSL) â€œInvesting in Education for the Futureâ€ Conference.

The â€˜PSLâ€™ Program grew out of a plan led by Minister of Education, George K. Werner, to drastically improve the education system, crumbled by years of war in Liberia. The Minister has always maintained that his inspiration for the program came from the charter school system. During his stay in the U.S., he saw the wonders it worked with kids from the inner cities and underprivileged communities. It was from that idea that the Partnership School of Liberia came into being.

From a rocky start marred by a series of protests by schools with no teachers and students lagging behind, the 93 schools under the eight providers of the PSL are taking bold and daring steps to salvage what has been given them.

Liberiaâ€™s education system is old and indeed needs some bold reforms. Its model, system and methods of teaching are antiquatedâ€”no innovation and outside the box thinkingâ€“and curricula are outdated.

And with the glaring evidence of â€œ42 percent of primary-aged children in Liberia are currently out of school; 50 percent of the children that are in school join 3 to 6 years late; 20 percent of children enrolled in primary school complete secondary school; 55 percent of 15 to 25-year-olds are illiterate; and about 80 percent of students that make it to 12th grade end up dropping out due to many factors, including failing to pass their national standardized exams,â€ it is indeed a worrying concern for everyone.

But it has been 24 years of unstableness that has gotten us to where we are today, beginning with the Rice Riots on April 14, 1979.

The Liberian education system is emerging from a prolonged and brutally destructive period of civil unrest, leaving us significantly behind in every country in the region in nearly all education statistics.

After 14 years of civil war and now Ebola has factored into the mix, the result has been a destruction of most of the countryâ€™s trained workforce. The country is still in the process of rebuilding its educational system, according to USAID.

To compound it all, in 2013, 25,000 persons who sat the University of Liberia exams failed so miserably that it caught the attention of the world. President Sirleaf finally had to admit that the system is a “mess and requires a complete overhaul.”

Liberian students not being able to pass a university entrance without garnering headlines around the world for all the wrong reasons meant our education system has indeed faltered and is no longer in its pre-war yearsÂ when it was second to none.

Even after the cessation of hostilities twelve years after and the appointments of seasoned educators, the sector continues to take a nosedive.

Of that $45 million, nearly 80-90 percent goes towards handling the administrative cost, paying teachers and other recurrent expenditures. With that done, nearly nothing is left for the building of new schools, repairing old ones and infrastructures.

Even with donor support, attention has to be given to the purging of ghost names from payroll, employing new teachers and placing contracted ones on theÂ payroll. And so it is still herculean for the government of Liberia, vis-a-vis the Ministry of Education to handle this task alone.

With Liberian students lacking the basic primary educational foundation to compete with their counterparts in the region, it is perhaps these reasons, plus many more, the government of Liberia thought and saw it wise to let private providers who have had a proven track record of success in this area take on some of the albatross from its head.

Education is the key to building a society that can overcome poverty in a sustainable manner. Early Childhood Education (ECE) or primary education is an integral part of that holistic definition. It starts at that very foundationâ€“with numeracy and literacy development.

In Liberia, many of our students go into secondary and tertiary institutions without the basic primary or early childhood education. There are always reports of university students and graduates who are fledgling despite being armed supposedly with primary, secondary education and a University diploma.

And so realizing the need for immediate, transformative change, the Government of Liberia launched Partnership Schools for Liberia (PSL) in 2016, a one-year pilot project which, if proven effective, could unleash nationwide, long-term change in primary education at government schools.

In 2013, it was only Elvis Juasemai, a student of Soltiamon Christian School System who passed the trial test of the West African Senior Secondary Examinations (WASCCE) and would go on to graduate valedictorian of his class.

All of this points to the genuine reasons why the Liberian government decided to form a public, private partnership (PPP) with private providersâ€”eight of them in totalâ€”to manage the government of Liberiaâ€™s public primary schools.

In September 2016, the PSL pilot program was launched in 94 primary schools across the country including international NGOs, private school operators, and Liberian organizations.

The project is funded by donors from abroad for the running of its programs. All of the schools in the partnership are closely monitored and progress meticulously tracked through an external evaluation. If the data from this evaluation as stated by the Ministry of Education is compelling, PSL will be the cornerstone of the Ministry. As it is presently and going forward, the focus will remain firm in providing inclusive, quality education, improving the management of schools, increasing training for teachers, and fully implementing the Liberian National Curriculum. Needed improvements to infrastructure and equipping teachers and students with the resources they need to be successful in the classroomÂ are additional top priorities, a source from the Ministry says.

Despite these major strides, critics from the local and international level dub the long-awaited improvement in education as â€œforeign investments or philanthropy funding that have proven to have had little impact on education over the years.â€

Mrs. Johnson of the Kendeja Community School begs to differ with the critics of the partnership program, saying: â€œAs a parent and longtime member of this community, I donâ€™t understand why our people cannot embrace change.

But letâ€™s take a trip down memory lane, shall we? In 1929, during a visit to the United States of America, former Liberian president Charles Dunbar Burgess King toured the Tuskegee Institute in Alabama founded by Booker T. Washington. During this time, at the behest of philanthropists, he asked for the Tuskegee Institute to be replicated in Liberia. With funding from the Stokes Fund, an MIT African-American graduate was hired to design the aptly named Booker Washington Institute (BWI) on 1,000 acres of land in Kakata, Margibi County. Today, the institution is/has been able to cater to the nationâ€™s TVET needs. Kenneth Best of the Daily Observer fame and many others walked through the walls of BWI.

When President William V.S. Tubman wanted to take away the provision of primary and secondary education from the hands of parochial institutions alone, the Monrovia Demonstration School was opened to handle in this regard, and when an experiment proved successful, the Monrovia Consolidated School System was established and schools such as the William V.S. Tubman high School, the G.W. Gibson High School, and others schools were erected and placed under the guardianship of the MCSS.

PSL is aware of the challenges in secondary and tertiary institutions but when students are adequately prepared to enter these stages of learning, they enter that rugged jungle knowing that studying, burning the midnight hours, is the way, not paying bribes to a teacher to make a successful pass as somewhere down along the line, they were taught to have an imbued sense of confidence.

The PSL providers all have a track record of being successful. From Rising Academies to BRAC, who has become the largest secular and private education system in the world known for their implementation of post-primary and continuing education programs for the rural poor and other disadvantaged communities, is making great strides.

Bridge Partnership Schools for Liberia, the largest operator in the PSL with 25 schools, was chosen as one of the first partners for this initiative due to its tremendous success in delivering excellent learning outcomes in its over 450+ nursery and primary schools in Kenya, Uganda, India, and Nigeria. So far, their values and goals align perfectly with the goals of this initiative: to create powerful learning environments that dramatically improve education for thousands of Liberian children.

And then there is Stella Maris Polytechnic headed by the renowned Catholic nun, Sister Mary Laurene Browne, OSF. From the length and breadth of this country, who isnâ€™t aware that â€œSister,â€ as she is affectionately called, is a soft no-nonsense educator and that her approach towards education has impacted the lives of many? She recently opened Spiritan Academy is flourishing. Same can be said of the other providers.

Our education requires a leap, a huge one from its ancient past, but with everyone afraid of new ideas and acrophobia keeping us from doing so, we might as well wait. And keep waiting.